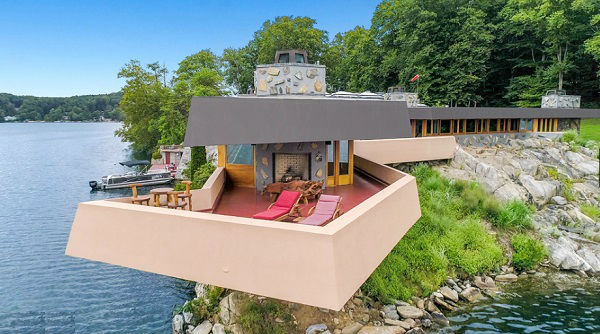 You don’t have to go to the Caribbean to live out your private island fantasies. Now there’s one just a one hour hop, skip, and boat ride from Harlem, NY writes the Robb Report.

Located in the middle of Lake Mahopac, just north of Harlem, the Douglas Elliman-repped property 1 Petre Island is a true standout and provides what every self-respecting plutocrat wants: privacy, legendary design ethos, and the ability to get your butt to the city easily when you finally score reservations to that new hot restaurant downtown. The price for such exclusivity? A cool $12.9 million. 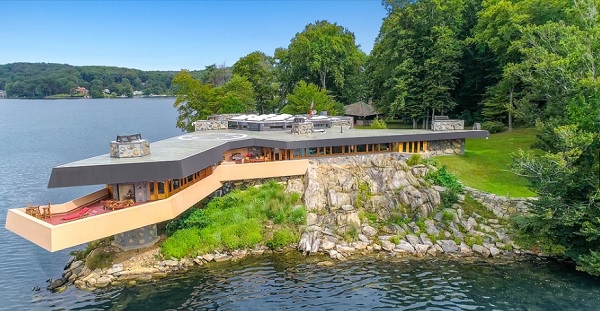 Located in the middle of a 593-acre lake, this 10-acre island boasts not one but two Frank Lloyd Wright-designed homes. The island itself is mostly covered in woods (you know, your own private forest) and is a mere five-minute boat ride to shore. But let’s be real, once you land on your own personal paradise, it may be really hard to motivate yourself to leave. Maybe it’s because of the four-bedroom main house that’s partly cantilevered over the water, or how the oversize windows and expansive design that make you feel like you’re own your own superyacht. Or maybe it’s the wood and stone interior that’s both rustic and modern and is quite literally a feat of design by an architectural icon. Or maybe it’s choice D: All of the above. 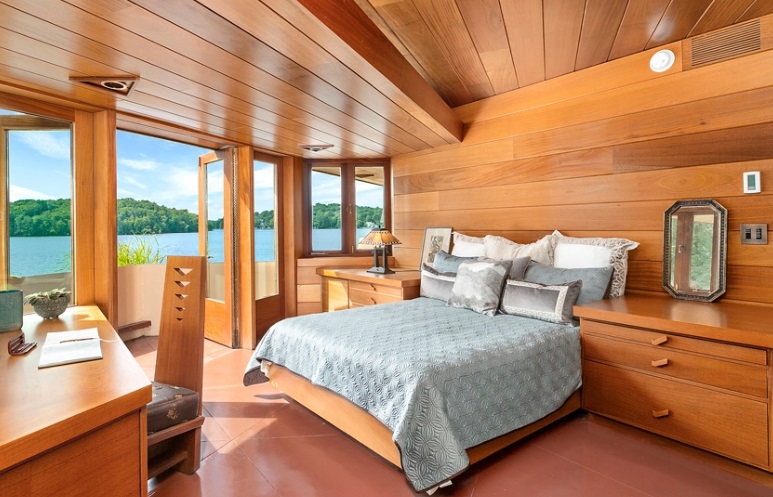 Of course, a home on its own island would be lacking without playing into the great outdoors, and the main structure here comes with its very own beach, dock, and helipad—in case an hour drive to the city just ain’t fast enough (they’ll only hold your dinner reservations for 15 minutes, after all). And it goes without saying this island was made for entertaining; it even includes a second guest home for when your pals decide to crash but you still want a little time to yourself.

And you thought being south of the highway was chic. Psh.