First Look Of Cynthia Erivo As The Queen Of Soul In National Geographic’s “Genius: Aretha” 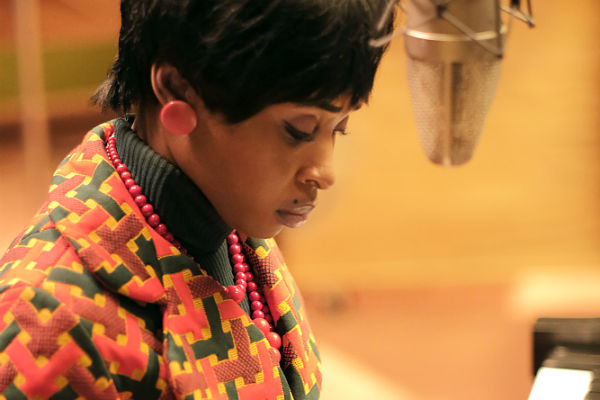 ,” “The Color Purple”) as Aretha Franklin during the GENIUS: ARETHA start of production.

“Over the last few months, I’ve been preparing myself to embody the Queen of Soul

, from relistening to her music to discovering her rare interviews and reading some amazing books on her – all to really capture Aretha’s attitude and spirit,” said Erivo. “I’m truly humbled to be working alongside a very talented and musical team. Together, we’ll serve the Queen and create something special.”

“) as Little Re. The eight-part limited series will premiere on National Geographic in May 2020 in 172 countries and in 43 languages.

GENIUS dramatizes the fascinating stories of the world’s most brilliant innovators, exploring their extraordinary achievements along with their volatile, passionate and complex personal relationships. The third season of the anthology series will explore Franklin’s musical genius and incomparable career as well as the immeasurable impact and lasting influence she has had on music and culture around the world, in the first-ever, definitive and only authorized scripted limited series on the life of the universally acclaimed Queen of Soul

. Grammy Award winner Franklin was a gospel prodigy and outspoken civil rights champion; she is widely considered to be the greatest singer of the past 50 years, receiving countless honors throughout her career.