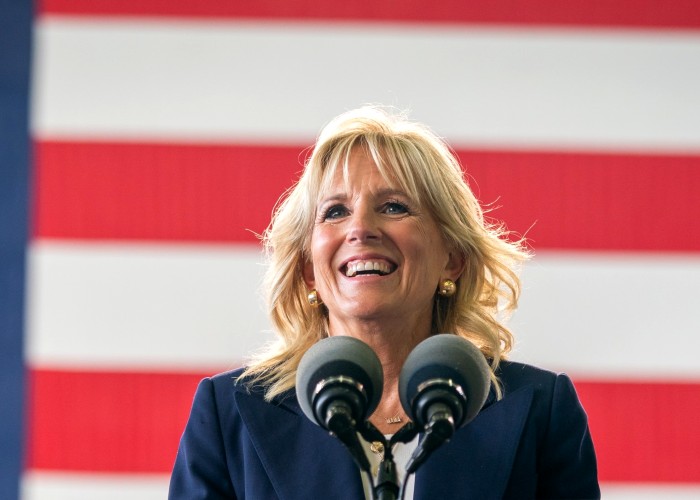 The First Lady of the United States, Dr. Jill Biden, will make a special appearance during Nickelodeon’s Kids Choice Awards 2022 on Saturday, April 9, 2022, at 7:30 p.m. (ET). With an introduction by KCA co-host Miranda Cosgrove, the First Lady will speak to the resilience of today’s youngest generation, especially children of military members and veterans, and encourage America’s youth to keep growing, learning, and giving back to their communities.

“The First Lady has long proven her commitment to youth and to families and we are so honored to have her on this year’s Kids’ Choice Awards. Whether as an educator, mother, grandmother, or champion of military families, Dr. Biden’s compassion and advocacy have been a defining characteristic throughout her time in public service,” said Marva Smalls, Executive Vice President, Global Head of Inclusion and Executive Vice President, Public Affairs.

The First Lady’s appearance at the Kids’ Choice Awards takes place during the Month of the Military Child, which provides an opportunity to recognize and thank the children of our service members and veterans.

As First Lady, Dr. Biden leads the White House’s Joining Forces initiative, which is focused on supporting the military and veteran families, caregivers, and survivors.

In recognition of the Month of the Military Child, the KCA audience will include more than 45 Southern California military children and their families associated with the Elizabeth Dole Foundation and the Armed Services YMCA.

The night will also feature: 1,000 epic slimings; Nick’s signature orange blimp, and its journey into the metaverse with celebrity avatars; live voting, where fans stay in control; and the ability for viewers to stream the show live across all platforms.

Nickelodeon, now in its 43rd year, is the number-one entertainment brand for kids. It has built a diverse, global business by putting kids first in everything it does.

Nickelodeon is a part of Paramount’s global portfolio of multimedia entertainment brands.