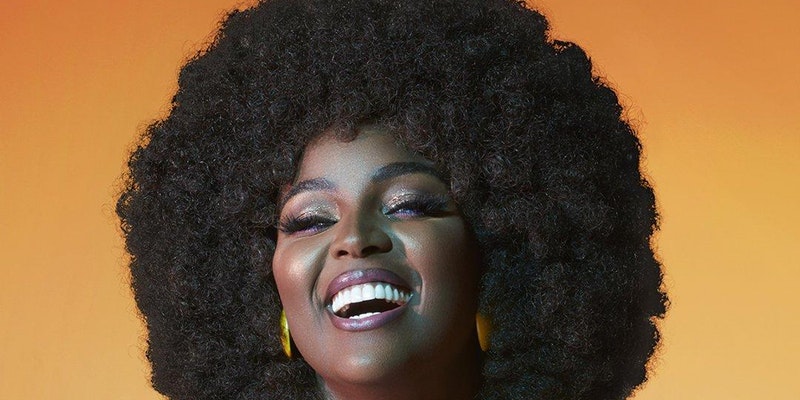 The NYC Commission on Human Rights announces its first settlement involving race discrimination on the basis of hair following the February 2019 release of its landmark legal enforcement guidance. The settlement with Sally Hershberger Salon and Sharon Dorram Color concludes a Commission-initiated investigation into reports of discriminatory grooming policies enforced against Black employees. The legal enforcement guidance was the first in the country to recognize discrimination on the basis of hair as race discrimination, prompting the legislative change in other jurisdictions across the nation.

The settlement stipulates that the businesses must partner with an NYC-based styling school that specializes in the care and styling of natural hair and hairstyles closely associated with Black people in order to: train current salon employees to cut and style natural hair; and create a multicultural internship program which will provide professional opportunities to hairstylists from underrepresented groups. In addition, business owner Sharon Dorram and senior stylist Tim Lehman (Hershberger Salons), will complete 35 hours of community service with a racial justice organization – to be approved by the Commission – that works to combat hair discrimination and promote Black beauty.

The businesses were also mandated by the Commission to complete training on racial justice and equity and to identify several experts to provide such training. The salon has engaged Dr. Gillian Scott-Ward, psychologist, natural hair advocate, and director of the documentary Back to Natural, to lead the trainings.

Further, the settlement carries a $70,000 civil penalty, as well as training on the City Human Rights Law.

“People should not be discriminated against because of their natural hair and this guidance ensures that Black New Yorkers have the right to style it however they choose without fear of retaliation,” said First Lady Chirlane McCray. “Discriminatory practices undermine people’s wellbeing, livelihoods, and families. We will continue defending people’s rights until every New Yorker is treated with dignity and respect.”

“Since the start of my tenure in 2015, one of my goals has been to reimagine the approach government takes when seeking justice for communities affected by discrimination,” said Carmelyn P. Malalis, Commissioner and Chair of the NYC Commission on Human Rights. “Releasing our legal enforcement guidance on hair discrimination, which built on efforts of advocates, lawmakers, and scholars, was one of the steps we have taken to dismantle institutional racism and provide momentum for other jurisdictions to follow. This resolution is another step towards ensuring that racist notions of professional appearance standards are not applied in New York City. The restorative justice components incorporated into the resolution demonstrate the Commission’s commitment to repairing and re-investing in the communities impacted by discriminatory practices. These restorative remedies move beyond punishment to focus on repairing harm and achieving lasting justice and equity.”

“CGE commends Commissioner Malalis and the NYC Commission on Human Rights on its first settlement involving race discrimination on the basis of hair and for its continued work to ensure that New York City is equitable for all New Yorkers, regardless of gender identity, gender expression, or race and ethnicity. Hair discrimination is an example of racism and harassment that follows Black New Yorkers in numerous settings, inhibiting their educational, economic, and social advancement, and jeopardizing their mental and physical well-being,” said Jacqueline Ebanks, Executive Director, NYC Commission on Gender Equity.

In February 2019, when the legal enforcement guidance was published, the Commission was investigating seven cases of hair discrimination, six of which were in the employment context. Since then, four more cases have been filed with the agency.

The legal enforcement guidance was the first of its kind nationwide and spurred multiple other jurisdictions to codify similar protections. The guidance states that employers and providers of public accommodation – such as fitness clubs, schools, nightclubs and afterschool programs – cannot prohibit natural hair or hairstyles most commonly associated with Black people. Federal courts have narrowly interpreted federal civil rights law to allow this form of discrimination.

If a member of the public believes they have been discriminated against based on wearing a natural hairstyle in the workplace, school, or public accommodation they should call 311 and ask for the Commission on Human Rights to get assistance.

“One of the most pernicious stereotypes about natural Black hair is that it is inherently unprofessional. That’s exactly the kind of stereotype that New York City’s guidance was intended to combat. Today’s resolution helps to ensure that all of us are free to work and learn without altering the natural texture of our hair.” – Ria Tabacco-Mar, ACLU Senior Staff Attorney

“As someone who has had to be very conscious about both how I wear my natural hair in a professional setting, and how I could be penalized for wearing my hair naturally, the work of the Commission on Human Rights is necessary and appreciated. There are thousands of women of color who will hopefully have a more level playing field as they move through their professional space as a result of this case.” – Christina Greer, Fordham University Associate Chair of the Department of Political Science

“Far too often, Black people in the United States face prejudice and judgment from their employers simply for wearing their hair in its natural form. This discrimination against natural Black hair is a direct assault on an individual’s dignity, humanity and self-determination – and it can have long-lasting effects on their economic, psychological, and physical well-being,” Janai Nelson, Associate Director-Counsel of the NAACP Legal Defense and Educational Fund, Inc., said. “This first-of-its-kind case resolution sends an important message to all employers that anti-Black hair discrimination has no place in our diverse city. LDF commends the NYC Commission on Human Rights for holding employers accountable for their actions and for proactively integrating restorative justice measures into this settlement. The outcome of this case illustrates the Commission’s firm commitment to implementing its legal enforcement guidance on hair discrimination – and we hope that it will deter future violations of this nature.”

“NYCCHR’s restorative approach is an important step toward protecting New Yorkers’ human rights, illuminating that awareness, education, and action are key to preventing, eliminating, and redressing racial bias and resulting discrimination that African descendants suffer because of their natural hairstyles. Decision-makers will be better informed about this pernicious and pervasive form of racial discrimination, which is not simply harmful to African descendants’ professional advancement but also their economic, psychological, physical, and physiological well-being. Organizational practices and policies ideally will, in turn, reflect this knowledge and a more equitable, inclusive, and healthy workplace—for all—can manifest as a result.” – Wendy Greene, Drexel Professor of Law and Francis Lewis Scholar in Residence.