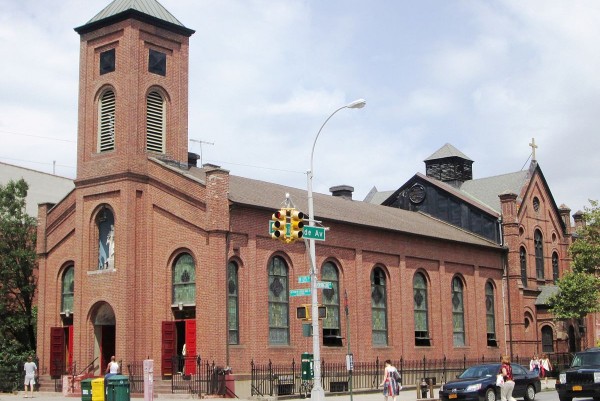 Proposed class action claims the Archdiocese of New York and a parish church, St. Joseph of the Holy Family have failed to provide former workers with promised severance pay and proper wage statements and notices.

In addition, they have unlawfully discriminated against Hispanic employees by terminating them on the basis of their race and ethnicity.

The three plaintiffs, former employees of the Harlem church, claim the defendants have breached their employment contracts and violated federal and state labor and human rights laws.

One of the plaintiffs, a custodian assistant, further alleges the defendants “knowingly, intentionally and willfully” failed to pay her earned wages reports Class Action.

The lawsuit goes on to describe an allegedly discriminatory practice whereby one of the individual defendants, the associate director of parish finance for the Archdiocese of New York, allegedly terminated all but one of St. Joseph’s Hispanic workers by July 2020.

The remaining worker, who was scheduled to leave for seminary in August 2020, was told he had been fired “by mistake,” the suit says. Of the employees who had been terminated from St. Joseph, the three non-Hispanic workers were offered a chance to return to their positions while none of the Hispanic workers, including the plaintiffs, received offers to return, according to the suit.

“As only White American, Black Americans, and Black Africans were rehired, but no Hispanic Americans were rehired, it is clear that the Church discriminated against its Hispanic workers in its employment decisions,” the complaint alleges. “Even though the Plaintiffs, along with their Hispanic coworkers, were faithful parishioners and dedicated employees, the Church and the Archdiocese shows little concern for their livelihood, especially amidst a pandemic where job opportunities are scarce.”

Related:  Harlem's Keith Wright And Others Do The Right Thing Serving Thanksgiving Meals

The lawsuit says that St. Joseph had received money from the federal government through the SBA’s Paycheck Protection Program, funds that were to be used predominantly to pay employees.

According to the case, when Hispanic parishioners complained to one of the individual defendants, a pastor at St. Joseph, he stated that “with one call, the Hispanic people will be gone from the St. Joseph Church.”

The lawsuit further details discriminatory actions allegedly directed toward the plaintiffs while they worked as custodians at the church, including a demand that they hand scrub four flights of stairs on a daily basis after a visitor from England remarked that the stairs should be hand cleaned rather than vacuumed.

“The plaintiffs were the only three Hispanic individuals among the cleaning staff assigned to the rectory, and the only ones asked to perform the strenuous and degrading labor of hand-scrubbing the stairs on their knees,” the complaint states, claiming that one of the plaintiffs suffered a fractured knee that required surgery due to the work.

Two of the plaintiffs, a husband, and wife, alleged that they were threatened and harassed in the midst of a global pandemic to move out of church housing designated for St. Joseph’s custodians. Although the threats were “cloaked in the veil of false claims,” such as changes in ecclesiastical law, the church is unaware that the family was living on church property and the church’s lack of funding, the plaintiffs claim the “terrorizing behavior” was rooted in prejudice against their Hispanic ethnicity.

Lastly, the lawsuit claims the defendants failed to pay the plaintiffs promised severance wages pursuant to a “longstanding employment policy” of offering one week’s severance per year of service to all terminated employees.

Photo credit: St. Joseph of the Holy Family in Harlem.