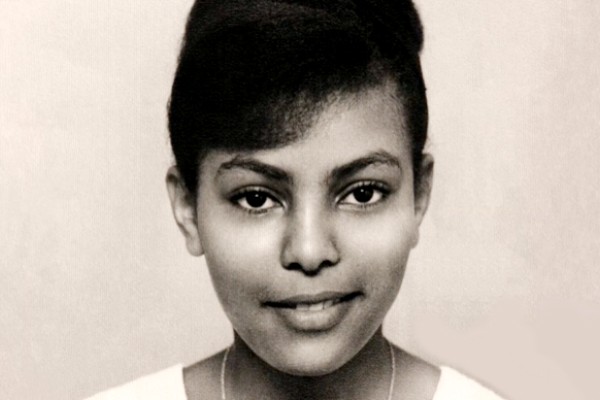 Inspired by her own desire to learn more about her father’s Ethiopian roots and by a picture of his beautiful young sister whose story had been erased from family tales, Dawit journeys to Ethiopia to untangle the 40-year-old mystery of the aunt she never knew, Selamawit “Sally” Dawit.

Born in Ethiopia and raised in comfort in countries around the globe thanks to the work of her diplomat father, who served Emperor Haile Selassie, Sally returned to her birthplace as a woman in her early 20s in the 1970s. She soon became involved in the politics and youth movements engulfing the nation.

Her commitment to the plight of her nation and its people deepened after she met and fell in love with a communist leader of the Ethiopian People’s Revolutionary Party (the EPRP).

Joining the EPRP, Sally is soon involved in efforts to overthrow the government as a means to fix the rampant inequities and poverty in the country, and on the government’s Most Wanted List.

Going underground to escape capture, Sally is never seen by her family again.

Interweaving contemporary interviews and conversations with archival footage to unravel the mystery of Sally’s disappearance, Dawit’s Finding Sally merge her familial history with the history and present-day politics of Ethiopia.

As her aunts, grandmother, and Sally’s contemporaries reflect on her life, their personal loss serves as a mirror to the tragedies experienced by countless families during the Ethiopian Red Terror and the years that followed.

A testament to family and building new bonds of community to keep the stories of the past alive, Finding Sally is also a message of hope that the struggles of the past and those of today will help heal a country still beset by unrest, violence, and ethnic division.

The series is co-presented and distributed by American Public Television (APT).

For more on Finding Sally and other films in the new season of AfroPoP: The Ultimate Cultural Exchange, visit blackpublicmedia.org or worldchannel.org.