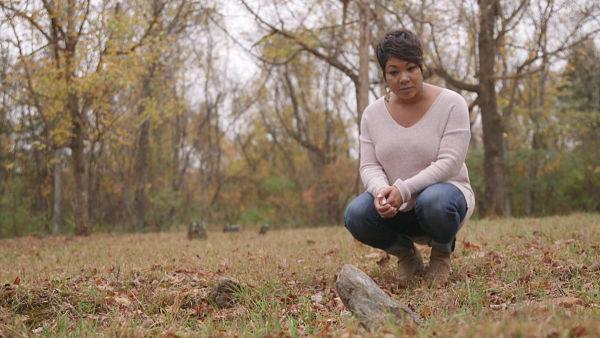 Similar to the slave and native Amercian gravesites in Inwood, NY (north of Harlem), First Run Features presents the Streaming and DVD Premiere of the new documentary UNMARKED, beginning April 27, 2021.

Throughout the South, vast numbers of African-American gravesites and burial grounds for enslaved persons have been lost or are disappearing through neglect and nature reclaiming the solemn tombstones and markers.

Recently, there has been a rise in the restoration and preservation of these forgotten sites by those who have a personal connection with the deceased or an appreciation of their historical significance.

But there is much work to be done in order to preserve this part of America’s history.

UNMARKED not only explores these untold stories of the past but also the efforts underway to preserve them. 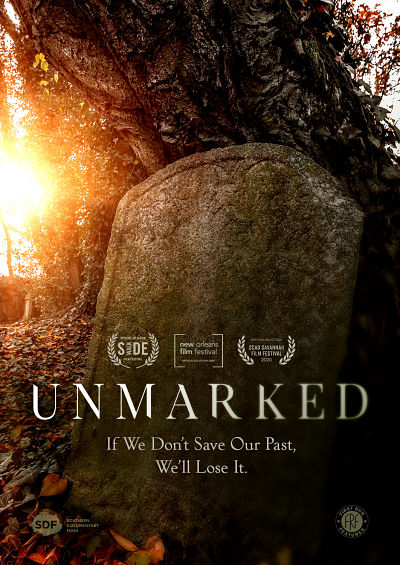 Chris is Director for the Study of the Legacy of Slavery for the state of Maryland. He has also served on several boards, including the Historic London Town Foundation, the Jake Savage Foundation, and the Annapolis Arts Alliance Foundation. His script for the 2004 The Reconciliation Walk for Slavery and Penitence held in Annapolis helped garner the Maryland Tourism Council Global Marketing Award for the Kunta Kinte-Alex Haley Foundation. He is the nephew of Alex Haley, author of Roots.

Brad Bennett is a Japanese-American filmmaker and award-winning producer based in Virginia. His first feature documentary, Forgive–Don’t Forget, chronicles the search for a family on the other side of the world in order to return an heirloom taken during World War II. The film won the Grand Jury Award for Best Documentary Feature at the 2017 Guam International Film Festival. Forgive–Don’t Forget was acquired by Gravitas Ventures in 2018 and released on Hulu in the U.S. and on The Roku Channel and TVP, internationally. Bennett’s work has been supported by IFP, Southern Documentary Fund, Virginia Film Office, A-DOC, and the UCLA Documentary Film Legal Clinic.