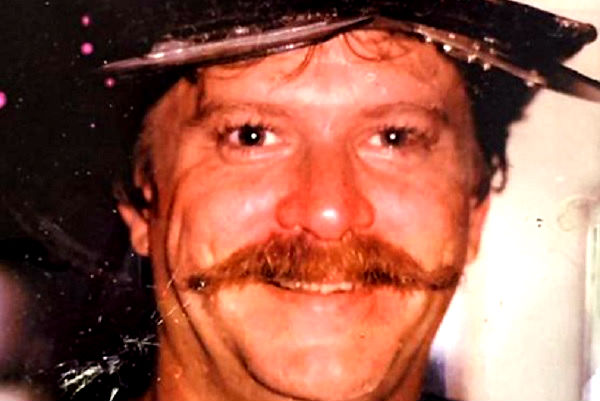 Richie Driscoll’s flag-draped casket arrived at Sacred Heart Church on Wednesday morning on the back of a pumper from Engine 91, his old fire station on 111th Street in East Harlem.

As the casket was lowered and carried into the church, the FDNY’s Emerald Society Pipes and Drums played “Amazing Grace.”

Hundreds of firefighters lined the church driveway and sidewalk, saluting Driscoll for the last time.

Driscoll, 73, a New York City firefighter for 32 years, died last week. He was diagnosed more than a year ago with a blood cancer blamed on the toxic dust he breathed while working in the wreckage of the Twin Towers in the days and weeks after 9/11. The cancer triggered other debilitating ailments, including end-stage kidney disease.

Driscoll, a father of six who had lived in the Monroe area for almost 40 years, was the 200th FDNY member to die of illness traced to working at Ground Zero.

Marco Vitolo, a friend and fellow firefighter from Engine 91, said a luncheon was held for Driscoll a month ago. He figured afterward, Driscoll would be tired and want to go home. Nope, he wanted to go to a retirees meeting.

“Richie had to be part of everything going on around him, even when he was sick,” Vitolo said. “The cancer never killed his courage and his determination to get well.”

Determination and persistence marked everything Driscoll did. Vitolo said Driscoll, who founded a band of retired firefighters who played the bagpipes, “even tried to recruit me as a piper.”

When Vitolo balked at that idea, Driscoll tried again: “Well, how about the drums?”

Vitolo, who was on his first night duty shift when he met Driscoll, soon got to know him both for his “constant joking” and for his serious side: He always impressed on junior members to remember to “do the right thing.”

“He was on a first-name basis with so many people on 111th Street,” Vitolo said. “He was certainly the mayor of 111th Street.”