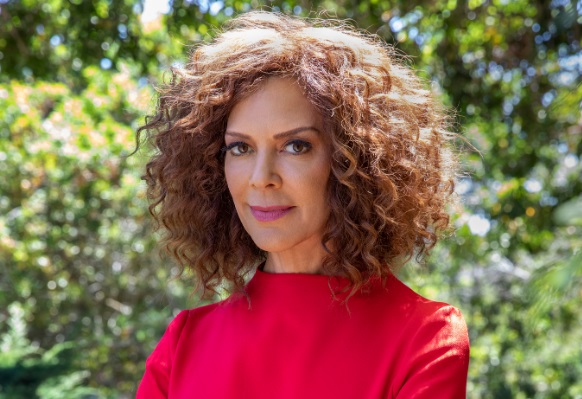 , follows engaged couples who bring their disapproving families together for three days under one roof. In this high-stakes social experiment, the couples and extended families participate in activities designed to strengthen their bond, unpack their differences, and show some very complicated relationships in a whole new light. In the end, the families’ concerns might leave the couples to reconsider their unions, or revelations might cause any concerns to fall away. Tracy McMillan

returns as the voice of reason to work with the couples on ways to deal with their relationship problems and family issues head on in order to help resolve the conflicts that could undermine their future together. “Family or Fiancé” is executive produced by Gil Goldschein, Jonathan Murray, Julie Pizzi, Erica Ross, Jonathan Singer, and Erika Bryant of Bunim/Murray Productions in partnership with OWN: Oprah Winfrey Network

OWN: Oprah Winfrey Network is the first and only network named for, and inspired by, a single iconic leader. Oprah Winfrey’s heart and creative instincts inform the brand and the magnetism of the channel. OWN is a leading destination for premium scripted and unscripted programming from today’s most innovative storytellers. OWN’s original scripted series include popular dramas “Queen Sugar,” “Greenleaf,” “The Haves and Have Nots, “If Loving You is Wrong” and upcoming drama series “David Makes Man” from Academy Award winner Tarell Alvin McCraney and family saga “Ambitions” from box office hit-maker Will Packer. OWN’s Saturday night unscripted programming lineup includes “Iyanla: Fix My Life,” “Ready to Love,” “Love & Marriage: Huntsville

.” OWN connects with its audience wherever they are, inspiring conversation among a global community of like-minded viewers on social media and beyond. Launched on January 1, 2011, OWN is a joint venture between Harpo, Inc. and Discovery, Inc. The venture also includes the award-winning digital platform Oprah.com. Access OWN anytime, anywhere on WatchOWN.tv or across mobile devices and connected TVs.

Bunim/Murray Productions (BMP) is the leading producer of innovative entertainment content. The Emmy Award-winning company is widely credited with creating the reality television genre with its hit series The Real World, which recently moved to Facebook after 32 seasons on MTV. BMP continued to innovate with the first reality game show, Road Rules (MTV), in 1995; the first reality sitcom, The Simple Life

(E!), in 2003; and the first reality soap opera, Starting Over, in 2003. BMP’s current programming includes Keeping up with the Kardashians

(Facebook Watch), Endless Summer, Stranded with Sam and Colby (Snapchat), Miz and Mrs. (USA Network), Family or Fiancé (OWN), Crystal Maze (Nickelodeon) and Emily’s Wonder Lab (Netflix). BMP has also produced They Call Us Monsters (PBS), Valentine Road (HBO), Pedro (MTV) and the Emmy Award-winning Autism: The Musical (HBO) for BMP Films. Based in Glendale, CA, the company was founded in 1987 by Jonathan Murray and the late Mary-Ellis Bunim, who were inducted into the Television Academy’s Hall of Fame in 2012. The company joined Banijay Group in 2010.