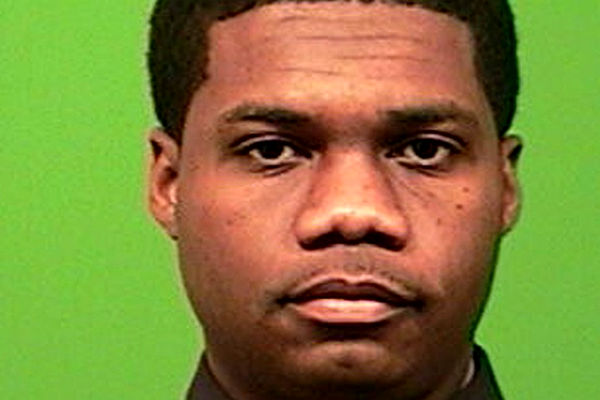 Police on Tuesday, October 21st, 2020, paid tribute to Randolph Holder, an NYPD detective who was killed exactly five years ago while pursuing a suspect in East Harlem.

On the night of October 20, 2015, Holder and his partner, Officer Omar Wallace, were walking along a footbridge over the F.D.R Drive at 120th Street when they encountered Tyrone Howard, who was fleeing the scene of a gunfight and was already wanted for another shooting weeks earlier.

When Wallace called out to the man, Howard spun around and fired once, hitting Holder in the forehead, Wallace later testified in court. Holder, 33, was pronounced dead at Harlem Hospital that night.

Howard was convicted of murder in 2017 and sentenced to life in prison.

In a ceremony Tuesday attended by Police Commissioner Dermot Shea, the department unveiled a plaque in Holder’s memory on the footbridge where he was killed.

“I just want to say I miss you. I miss you a lot,” Detective Javish Acevedo, another former partner of Holder’s, said in a video released by the NYPD.

“The one thing I miss the most is your contagious laugh. You had a way of telling a story and before ending that story, he would burst into laughter,” Acevedo recalled. “I want to say thank you for becoming my partner, thank you for being there for me, always having the right answers, teaching me to view the world from a better perspective.”

Fallen Guyananese Hero Memorialized On 5th Anniversary Of His Passing

Holder had been assigned to the NYPD’s Police Service Area 5, which patrols New York City Housing Authority developments in Harlem. Holder immigrated to New York from Guyana in his early twenties, and his death reverberated beyond New York and back to his native country, the New York Times reported.

In 2017, the street where he was shot was re-named in his honor.

He is survived by his fiancée and parents, among other relatives, the NYPD said.