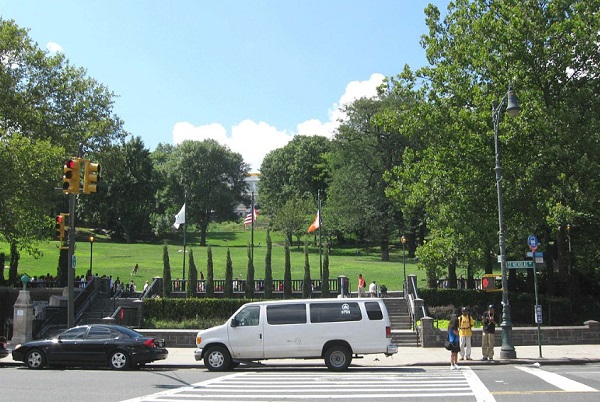 . After the additional property was acquired, construction on the park began in 1906. Like the streets on its eastern and western borders, the park was named after St. Nicholas

, the patron saint of Amsterdam whose likeness adorned one of the ships that brought the first Dutch settlers to New Amsterdam. Parks Commissioner Samuel Parsons designed the park himself. The park next expanded in 1909 when the park’s southern boundary was extended to 128th Street. In 1931, a playground opened along 129th Street. A new playground was erected on this site in 1965. 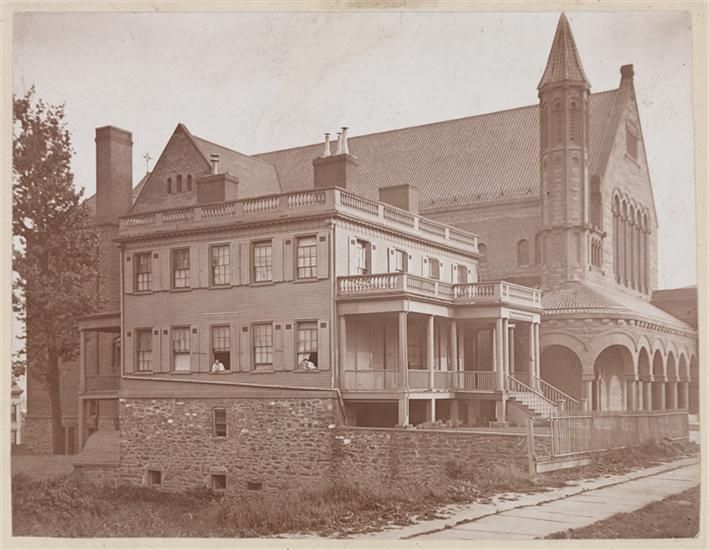 St. Nicholas Park contains Alexander Hamilton’s historic home, “The Grange.” Now designated as the Hamilton Grange National Memorial, it was moved 500 feet in 2008 from Convent Avenue to the north side of St. Nicholas Park, facing 141st Street. The Grange was considered a “country home” when it was built in 1802, and its new location is within the boundaries of Hamilton’s original 32-acre (130,000 m2) estate. 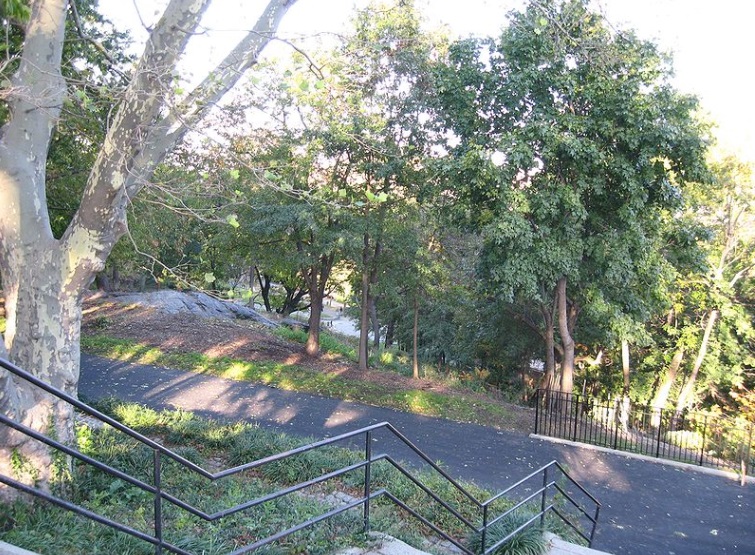 The park is the setting for a scene from the independent film The Mend,

We love this real-time Google view here that gives a really great look at St. Nicholas Park from an on the ground view of the Park (above) at St. Nicholas Avenue and 141st Street (looking south).