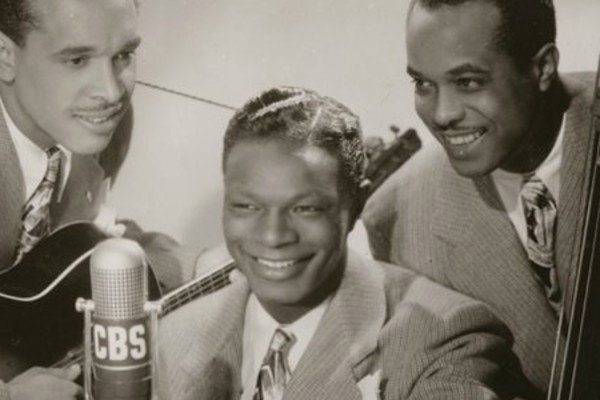 As the Schomburg Center for Research in Black Culture continues to expand its services, they encourage you to drop by for a visit to make use of their collections, view their exhibitions, and explore the Schomburg Shop.

Their collections are available by appointment, and they have compiled some suggestions of music-inspired materials you can see from the Center’s five divisions and two ongoing exhibitions.

Read on to see how you can explore everything from live recordings of jazz legends including Fats Domino and Sonny Rollins to the personal papers of Nat King Cole—and consider making an appointment to explore Schomburg Center collections in person today. (Note: Each research division has its own appointments portal from which to choose.)

Researchers can view the footage from a desktop computer or project onto the big screen to give a concert-like feel.

The collection, spanning from 1983–2002, also contains a book with photos, artist biographies, and setlists for each festival year. The Jazz and Blues ArtBox is one of only 5,000 made. The Schomburg Center holds the only collection in New York City that is available to the public.  Find out more about the collection and make an appointment to see it.

Starting August 2, 2021, the exhibitions Traveling While Black: A Century of Pleasure & Pain & Pilgrimage and Subversion & The Art of Slavery Abolition, will be open all Monday through Saturday, 10 AM until 5:45 PM. No reservation will be needed. Currently, both are open on Fridays and Saturdays to the public. Tuesdays to Thursdays are by appointment.

Jazz singer and musician Nat King Cole’s 30-year career included music recordings, concerts, film appearances, and television series. The Manuscripts, Archives, and Rare Books Division holds the Nat King Cole Papers. It includes thank you letters from John F. Kennedy during his campaigns for the U.S. Senate and the presidency, programs from his performance for Queen Elizabeth II, and family scrapbooks. Learn more about the collection. 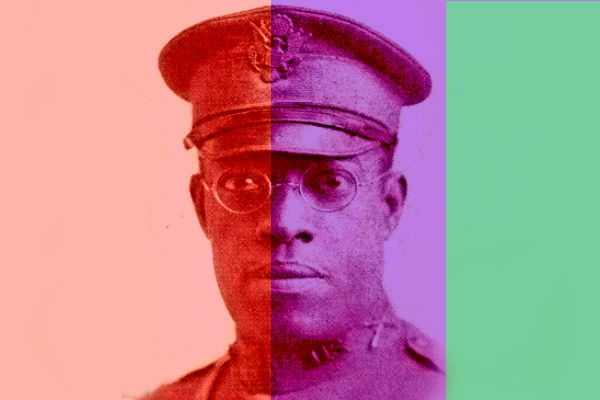 Already a highly acclaimed musician, composer, and conductor before becoming a lieutenant during World War I,  James Reese Europe was asked to form a band after joining the New York 15th Infantry. The group traveled to France, where they were assigned combat duty under French command. Europe made history as the first African American officer to lead combat troops into battle. Later renamed the 369th Infantry, the soldiers are best known as the Harlem Hellfighters.

Additional images are available to view in the Photographs and Prints Division.

Music of the Harp in the Art & Artifacts Division

Inspired by the James Weldon Johnson poem “Lift Every Voice and Sing,” which Johnson’s brother J. Rosamond Johnson set to music, sculptor Augusta Savage created a piece of the same name for the 1939 World’s Fair. She showed Black singers lined up behind each other in descending height order, resembling the shape of a harp standing in the palm and fingers of a hand.

If Savage’s most famous piece sparks an interest in learning more about her, the Art and Artifacts Division holds an 11-inch replica of the sculpture plus works such as Gamin and Bas Relief of a Female Dancer. The Schomburg Center houses the largest collection of any public institution of Savage’s sculptures. Learn more about the sculptures you can view at the Schomburg Center.

Learn about the Black theater and its theater-makers dating back to the 19th century.  The Jean Blackwell Hutson Research and Reference Division has books such as The Routledge Companion to African American Theater and Performance edited by Kathy A. Perkins, African American Performance and Theater History: A Critical Reader edited by Harry J. Elam and David Krasner, and A Century of Musicals in Black and White by Bernard L. Peterson. They offer in-depth looks at Black theater history and are available to view by appointment.

There is also a page dedicated to the American Negro Theatre (ANT), which was previously located in the 135th Street branch of The New York Public Library.

The research guide African American Theater has more suggestions. There is also a page dedicated to the American Negro Theatre (ANT), which was previously located in the 135th Street branch of The New York Public Library. Space is now part of the Schomburg Center complex. The ANT launched the careers of legendary actors such as Harry Belafonte, Ruby Dee, and Sidney Poitier.

In the 18th and 19th centuries, the Abolitionist Movement used art, music, and literature to advocate for enslaved people’s freedom in the U.S. The calls for slavery’s end became part of the speeches and songs of the day.

As you walk through the exhibition Subversion & The Art of Slavery Abolition, see the music sheets to songs such as “Slave Songs of the United States” and “Nobody Knows the Trouble I’ve Had.” Audio such as Ossie Davis reading Frederick Douglass’s 1852 speech “What to the Slave Is the Fourth of July?” and Derek Lee Ragin singing “Wade in the Water” play in the background, enhancing the experience. Learn more.

Playlist for a Pilgrimage

Every journey should have a playlist of great music along the way. Against the backdrop of songs such as Harry Belafonte’s “Cotton Fields,” Betty Davis’s “Walkin’ Up the Road,” Curtis Mayfield’s “Move on Up,” and A Tribe Called Quest’s “Award Tour,” experience the pleasures and challenges of being a person of color moving and traveling around the Jim Crow South, Jane Crow North, and overseas in the exhibition Traveling While Black: Pleasure & Pain and Pilgrimage.

Read letters from South African freedom fighter Steven Biko to the white-led apartheid government requesting permission to travel outside his township or meet with more than one person in the 1970s. See the paraphernalia motorcycle clubs wore when riding on U.S. highways after World War II. View the home movies Malcolm X made during his life-changing pilgrimage to Mecca in 1964.  Learn more.

Shop In Person at the Schomburg Shop

Looking for unique gifts created by Black and Brown artists, and products designed for the Schomburg Center? Ready to read biographies and novels where music is a central part of the story?

Visit the Schomburg Shop. Plus, find books by authors of color sharing their stories from across the African diaspora for all ages. Learn more.