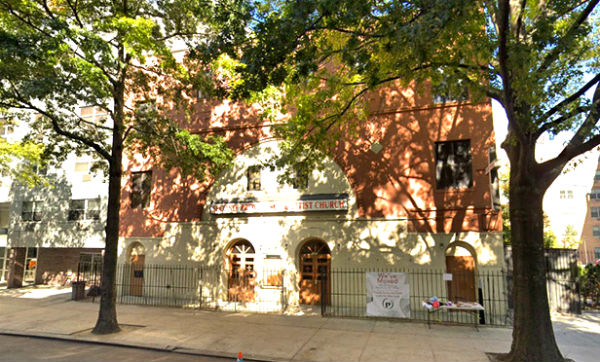 The Law reports that a former law firm associate has been indicted by the Manhattan District Attorney’s Office for allegedly stealing $600,000 from a Harlem church he represented in a real estate transaction.

John Shasanmi, 39, of Wilmington, Delaware, was charged with two counts of second-degree grand larceny and one count of third-degree criminal possession of a forged instrument.

According to past law firm newsletters, a bar article and online listings, Shasanmi was at one time an associate at Pepper Hamilton and had also worked at Dewey & LeBoeuf and DuPont.

According to the Manhattan DA’s Office, Second Providence Baptist Church in Harlem retained Shasanmi to represent the church and act as an escrow agent in a real estate transaction with Azimuth Development Group. In December 2014, he received a $250,000 deposit that he was supposed to hold in escrow and which would ultimately be paid to Second Providence if the deal closed. But by April 23, 2015, Shasanmi had misappropriated nearly all of the deposited funds for his own use, according to Manhattan prosecutors.

After the deal closed in April 2017, he received an additional $350,000 to be held in escrow. But Shasanmi held these funds in his personal bank account rather than in an escrow account and again misappropriated the funds for his own use, according to Manhattan prosecutors, who alleged that by Nov. 21, 2017, only a $100 balance remained.

Shasanmi allegedly emailed the church’s pastor a forged Citibank statement indicating that all of the previously deposited funds were being held in an account in the name of “Law Office of John Shasanmi.”

In March 2018, the church’s pastor began asking Shasanmi to release the money owed to the church, but despite multiple requests, he has not returned any of the funds to Second Providence, Manhattan prosecutors said.

“This congregation trusted its attorney to protect its interests as it expanded and looked to the future in an increasingly expensive neighborhood,” said District Attorney Cyrus Vance Jr. “Instead, that attorney is charged with pocketing proceeds from the sale of this historic church.”

“We intend to put on a strong defense on his behalf,” Travieso said in a brief interview. “There are still a lot of unanswered questions,” but they “will be favorable” for his client once they are addressed, he added.