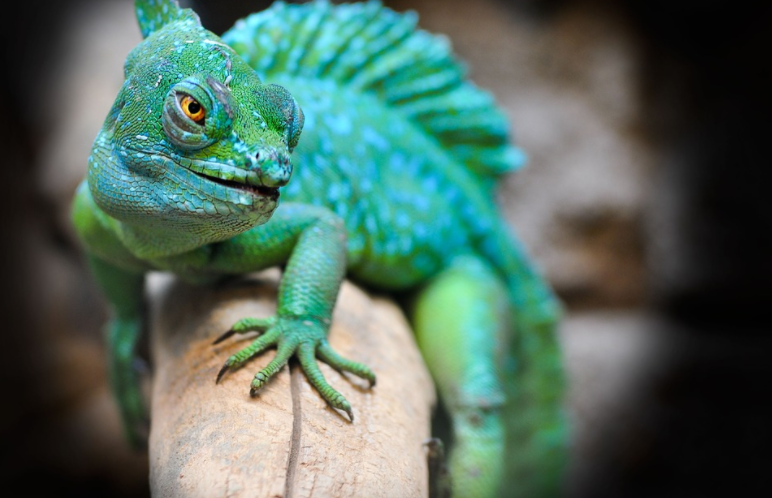 Lizards are truly fascinating creatures and they can in so many different shapes, sizes and colors.

For those people who live in tropical climates, sharing their home with a gecko or too is totally normal, but for those of us who live in colder places, we may only get to see lizards in the reptile house. With almost 5,000 lizard species known to humans, and many more which have more than likely are still undiscovered, there is so much we can learn about these amazing reptiles.

While we will never be able to discover everything about lizards, here are the answers to some important questions you may have.

Lizards are members of the reptile family which includes crocodiles, turtles, and snakes. In fact, the closest relatives to lizards are snakes and both have been around for millions of years. There are even lizards called scheltopusiks which actually have no legs at all. Modern lizards look very much like their ancestors which first evolved during the time of the dinosaurs over 200 million years ago, and they look set to continue to thrive for millions of years to come.

Lizards’ appearances vary a lot from species to species but the majority share some common traits. Most lizards have long bodies and tails with small heads and short necks. Except for a few notable exceptions, lizards have four legs and feet, and unlike their snake cousins, they have eyelids that can move. There are more than 4,675 known species of lizards which include chameleons, iguanas, geckos, skinks, and monitors.

While they may not be as cuddly as cats and dogs, lizards make excellent pets for owners of all ages. Because there are so many different species, pet owners can find a lizard that suits their lifestyle and which requires a habitat that they can fit in their home. The folks at Reptile.Guide explains that most choose either a bearded dragon, a gecko, or a skink for their pet. Each has different dietary requirements and will need a different habitat to stay healthy and happy. The habitat and food are the most important factors in lizard care so anyone who is considering a lizard for a pet must know exactly what they need. As long as they are treated well, lizards can be very friendly with humans. Bearded dragons, for example, are generally extremely docile and the majority of them don’t mind being handled and petted, while leopard geckos have a very playful, naughty personality but still enjoy human interaction.

The majority of lizards eat insects and use their famous long, sticky tongues to catch flies, grasshoppers, and other delicious bugs, however with so many different species of lizards, it will not come as no surprise that they have different diets. There are lizards that are predators and hunt birds, mammals, and other reptiles. Other lizards eat a mostly vegetarian diet or fruits, leaves, and flowers. There are two species of lizards, the Mexican beaded lizard, and the Gila monster, which catch prey using their venomous saliva. Another species, the caiman lizard, feeds on snails and is adept at removing the soft animals from their unappetizing shells using its specialized teeth and tongue.

4. Where do Lizards Live in the Wild?

There are many types of lizards on every continent in the world except for Antarctica, which is just too cold. The majority of lizards live down on the ground, but there are some species that prefer living up a tree, in a hole, or even in water. Lizards’ physical features are perfectly adapted for their environment. Lizards that live in trees, for example, have very long toes with sharp claws to grip onto branches. They also usually have a strong, flexible tail which they can use for further grip. Lizards that live under the ground have shorter legs, or sometimes no legs at all so that they can dig and burrow more quickly. Marines iguanas, found only on the Galapagos Islands, spend most of the time underwater eating seaweed but will come up onto the shore to sleep in the sun and spit water out. 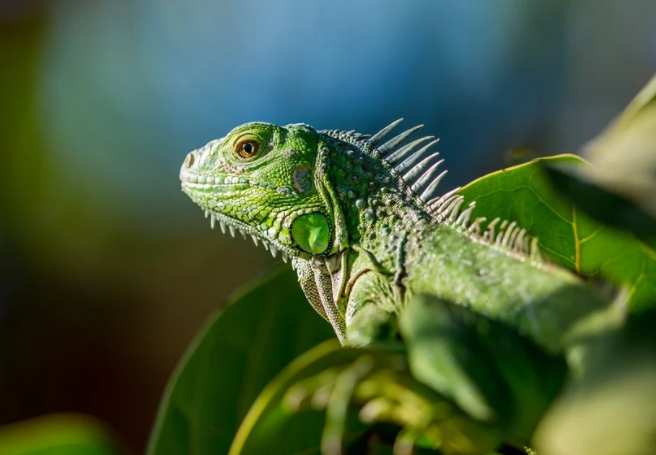 With so many different species of lizards in the world, it is impossible to even begin to learn everything there is to know about these fascinating creatures. Whether you are interested in getting a pet lizard or just love to see them in all their technicolor in the wild, lizards deserve all our love and respect. With so many species of animals in danger, it is vital that we do everything to protect these wonderful reptiles.