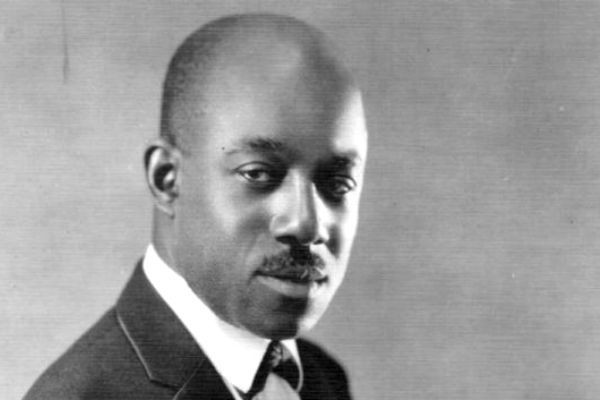 James Hubert Blake, February 7, 1884 – February 12, 1983, known as Eubie Blake, was an American composer, lyricist, and pianist of ragtime, jazz, and popular music. In 1921, Blake and long-time collaborator Noble Sissle wrote Shuffle Along, one of the first Broadway musicals to be written and directed by African Americans. Blake’s compositions included such hits as “Bandana Days”, “Charleston Rag”, “Love Will Find a Way”, “Memories of You” and “I’m Just Wild About Harry”. The musical Eubie!, which opened on Broadway in 1978, featured his works.

Blake was born at 319 Forrest Street in Baltimore, Maryland, to former slaves John Sumner Blake (1838–1917) and Emily “Emma” Johnstone (1861–1927). He was the only surviving child of eight, all the rest of whom died in infancy. In 1894, the family moved to 414 North Eden Street, and later to 1510 Jefferson Street. John Blake worked earning US$9.00 weekly as a stevedore on the Baltimore docks.

Blake’s musical training began when he was just four or five years old. While out shopping with his mother, he wandered into a music store, climbed on the bench of an organ, and started “foolin’ around”. When his mother found him, the store manager said to her: “The child is a genius! It would be criminal to deprive him of the chance to make use of such a sublime, God-given talent.” The Blakes purchased a pump organ for US$75.00, making payments of 25 cents a week. When Blake was seven, he received music lessons from their neighbor, Margaret Marshall, an organist from the Methodist church. At age fifteen, without his parents’ knowledge, he began playing piano at Aggie Shelton’s Baltimorebordello. Blake got his first big break in the music business when world champion boxer Joe Gans hired him to play the piano at Gans’ Goldfield Hotel, the first “black and tan club” in Baltimore in 1907.

According to Blake, he also worked the medicine show circuit and was employed by a Quaker doctor. He played a Melodeon strapped to the back of the medicine wagon. Blake stayed with the show only two weeks, however, because the doctor’s religion didn’t allow the serving of Sunday dinner.

Blake said he first composed the melody to the “Charleston Rag” in 1899, when he would have been only 12 years old. It was not committed to paper, however, until 1915, when he learned to write musical notation.

In 1916, via Sissle’s recommendation, Blake then joined the Society Orchestra, a Harlem-based group led by James Reese Europe.

In 1912, Blake began playing in vaudeville with James Reese Europe‘s “Society Orchestra” which accompanied Vernon and Irene Castle’s ballroom dance act. The band played ragtime music which was still quite popular at the time. Shortly after World War I, Blake joined forces with performer Noble Sissle to form a vaudeville music duo, the “Dixie Duo”. In 1916, via Sissle’s recommendation, Blake then joined the Society Orchestra, a Harlem-based group led by James Reese Europe. After vaudeville, the pair began work on a musical revue, Shuffle Along, which incorporated many songs they had written, and had a book written by F. E. Miller and Aubrey Lyles. When it premiered in June 1921, Shuffle Along became the first hit musical on Broadway written by and about African-Americans. The musicals also introduced hit songs such as “I’m Just Wild About Harry” and “Love Will Find a Way.”

Blake wrote the song Moods of Harlem in 1937.

In 1923, Blake made three films for Lee DeForest in DeForest’s Phonofilm sound-on-film process. They were Noble Sissle and Eubie Blake featuring their song “Affectionate Dan”, Sissle and Blake Sing Snappy Songs featuring “Sons of Old Black Joe” and “My Swanee Home”, and Eubie Blake Plays His Fantasy on Swanee River featuring Blake performing his “Fantasy on Swanee River”. These films are preserved in the Maurice Zouary film collection in the Library of Congress collection. He also appeared in Warner Brothers’ short film Pie, Pie Blackbird (1932), with the Nicholas Brothers, Nina Mae McKinney, and Noble Sissle. Blake wrote the song Moods of Harlem in 1937.

In 1938, Avis and Blake who lived in Harlem at 236 West 138th Street, was diagnosed with tuberculosis and died later that year at 58. Of his loss, Blake is on record saying, “In my life I never knew what it was to be alone. At first when Avis got sick, I thought she just had a cold, but when time passed and she didn’t get better, I made her go to a doctor and we found out she had TB … I suppose I knew from when we found out she had the TB, I understood that it was just a matter of time.”

Before the war, he returned to New York to direct and perform in the 1942 revue Harlem Cavalcade, but the show closed within a month of opening.

Before the war, he returned to New York to direct and perform in the 1942 revue Harlem Cavalcade, but the show closed within a month of opening.While serving as bandleader with the United Service Organizations (USO) during World War II, Blake met and married Marion Grant Tyler, widow of violinist Willy Tyler, in 1945. Tyler, also a performer and a businesswoman, became his valued business manager until her death in 1982. In 1946, as Blake’s career was winding down, he enrolled in New York University, graduating in two and a half years. Later his career revived again, culminating in the hit Broadway musical, Eubie!.

In the 1950s, interest in ragtime revived and Blake, one of its last surviving artists, found himself launching yet another career as ragtime artist, music historian, and educator. Blake signed recording deals with 20th Century Records and Columbia Records, lectured and gave interviews at major colleges and universities all over the world, and appeared as guest performer and clinician at top jazz and rag festivals.

He was a frequent guest of The Tonight Show Starring Johnny Carson and Merv Griffin. Blake was featured by leading conductors such as Leonard Bernstein and Arthur Fiedler. By 1975, he had been awarded honorary doctorates from Rutgers, the New England Conservatory, the University of Maryland, Morgan State University, Pratt Institute, Brooklyn College, and Dartmouth. On October 9, 1981, he received the Presidential Medal of Freedom, awarded by President Ronald Reagan.

In 1978, a revue featuring the music of Eubie Blake, with lyrics by Noble Sissle, Andy Razaf, Johnny Brandon, F. E. Miller, and Jim Europe, opened on Broadway. The show was named Eubie! and it was a hit at the Ambassador Theatre, where it ran for 439 performances. The production received three Tony Award nominations, including one for Blake’s score. The show was filmed in 1981 with the original cast members including Lesley Dockery, Gregory Hines, and Maurice Hines. On March 10, 1979, Blake performed with Gregory Hines on Saturday Night Live.

Blake continued to play and record into late life, until his death on February 12, 1983, in Brooklyn, just five days after celebrating his purported 100th birthday (actually his 96th birthday; see below).

He was interred in Cypress Hills Cemetery in Brooklyn, New York. His headstone, engraved with the musical notation for “I’m Just Wild About Harry”, was commissioned by the African Atlantic Genealogical Society (AAGS). The bronze sculpture of Blake’s bespectacled face was created by David Byer-Tyre, curator/director of the African American Museum and Center for Education and Applied Arts, in Hempstead, New York. The original inscription indicated his correct year of birth, but individuals close to him insisted that Blake be indulged; and paid to have the inscription changed.

If I’d known I was going to live this long, I would have taken better care of myself.— Eubie Blake

While Blake was reported as having said this on his birthday in 1979, it has been attributed to others, and appears in print at least as early as 1966 (where it is attributed to an anonymous 90-year-old golf caddie).

In later years, Blake listed his birth year as 1883; his 100th birthday was celebrated in 1983. Most sources, including the Encyclopædia Britannica, and a U.S. Library of Congress biography, incorrectly list his birth year as 1883 based on his word. Every official document issued by the government, however, records his birthday as February 7, 1887. This includes all official documents issued in the first half of his life including the 1900 Census, his 1917 World War I draft registration, 1920 passport application, 1936 Social Security application, and death records as reported by the United States Social Security Administration. Peter Hanley writes: “In the final analysis, however, the fact that he was only ninety-six years of age and not one hundred when he died does not in any way detract from his extraordinary achievements. Eubie will always remain among the finest popular composers and songwriters of his era.”