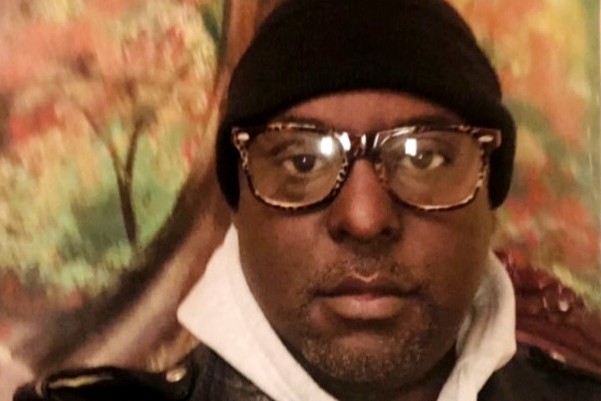 It is that time again where everyone clamors to make New Year’s resolutions, realizing they have 365 unblemished days to shift their trajectory and try a new recipe for success.

Many have resolved that at the tally of 2020, “Sometimes the most significant thing one can achieve is merely to survive.”

I find it truly remarkable how some gained insight to become tastemakers, while others lost their thirst for victory in the belly of the pandemic. Shakespeare is a resplendent example of this.

Literary account proves he wrote three of his most famous tragedies during turbulent and ominous times.

His visionary contributions Bard churned out ‘King Lear, Macbeth and Anthony, and Cleopatra.

I concede, “you can’t find a star without darkness or taste the flavor of the dish until the fire licks the pot long enough.” Challenges are the canvas for new innovation and what’s new on the proverbial menu. 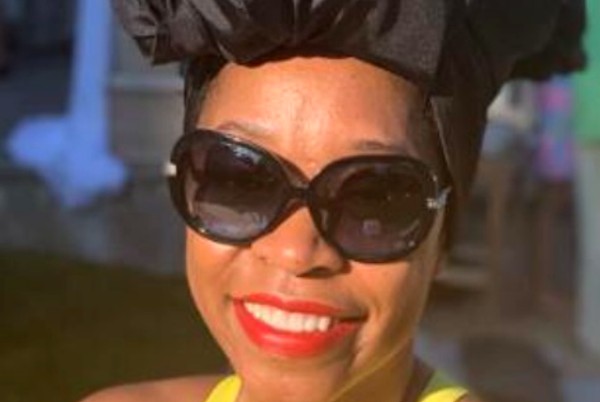 Despite the unsavory climate where ferocious famine, infectious peril, and criminal uptick has soared, one New Brunswick, New Jersey resident Carolyn Lindsay has proven herself to be a true Shakespearean of sorts and decided to give into depression, obsessive comfort food therapy and an anxiety lead existence is not on her menu.

This creative dynamo is the Founder of C.J Holloway Interiors and has cooked up an idea she is ready to serve. It is certain to add a dash of seasoning to those who have been isolated, stressed out, zoomed out and self-professed zombies, no pun intended.

Carolyn’s mission was focused on creating a fun way to crochet our culture and traditions around the dinner table that would tie family, friends, and new acquaintances together one bite at a time, especially, not restricted by social distancing requirements.

Thus, the Cocktails and a Dish (CAAD) virtual food and libation competition was created to indulge the tri-state community. It’s no secret at this point, she has already started cooking up a conversation in Harlem, and uptown competitors are preparing to show how we get down and chef it up.

Lady Lindsay is definitely on the right path for success and has identified a pastime that we all enjoy, and it shows. I call the increase in the middle, the “Covid Cushion” which in many cases is the result of restricted outside the movement, or a newfound hobby since so many restaurants have closed down and it has been challenging to eat a meal while sitting down comfortably as the struggling ones open.

Besides, how do you eat out without taking off your mask? It is like playing Russian Roulette with a napkin in your lap. Carolyn culinary feat provides a safe alternative that is both safe and mouth-watering.

I believe, “There are only three places one is guaranteed to find love in the world and they include the kitchen, bedroom and music.

They individually or collectively create soul food, but the aphrodisiac is found in the food.” Historically, many of our fondest memories were conjured up in the kitchen and sautéed through generational exchanges on Juneteenth, Thanksgiving, Christmas, and Kwanzaa.

I can’t speak for anybody else, but Black folks can’t even celebrate a new year without hopping Johns and collard greens.

My momma told me that the greens represented the dollar bills and the peas the change. I surmise I should be wealthy by now after all the meals I have eaten.

Not to mention all of the cutlery slinging at potato salad, banana pudding, potato pie, and sour cream pound cake I unforgivingly devoured.

Food speaks an international language and transcends ethnicity, race, and class. “Food is an art form waltzing on one’s palate steeped in spices, sauces, and the gravy of our ancestors.”

The first competition of Cocktail and a Dish was comprised of four participants who brought both sustenance and style to the table.

Related:  Comparing The World Of Sports In New Jersey And New York

Dishes were prepared with brasserie flair and sheer artistic expression.

Authentic entrees from the Dominican Republic, South Carolina, Islamic, and West Indian culture were showcased with drinks that complimented each tapas, main dish, and sweet tooth infatuation to the upmost and beyond.

The judging was done by a specially selected chef, two guest judges not including Carolyn, and the previous stoked winner. I deemed it an honor to be chosen as a guest judge alongside Chef Aletha Heggie, a New York Culinary School of the Arts instructor.

Even if you’re just beating around the pots and pans and are looking to upgrade your skillset, the tips from the show’s experts and Zoom audience will enhance your repertoire.

The epic show finale proves food is medicine and magic, as it created sunshine, laughter, love, and a hunger to win during such a dark time in our country. 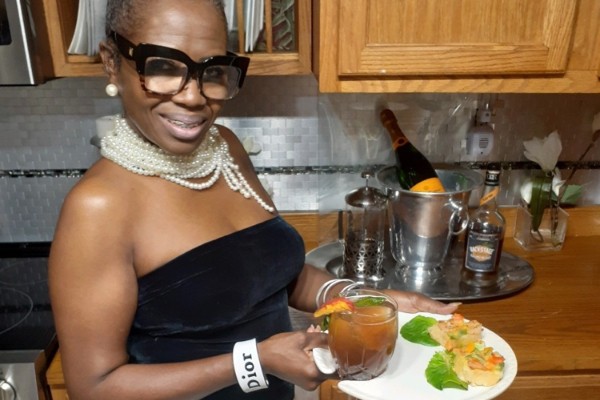 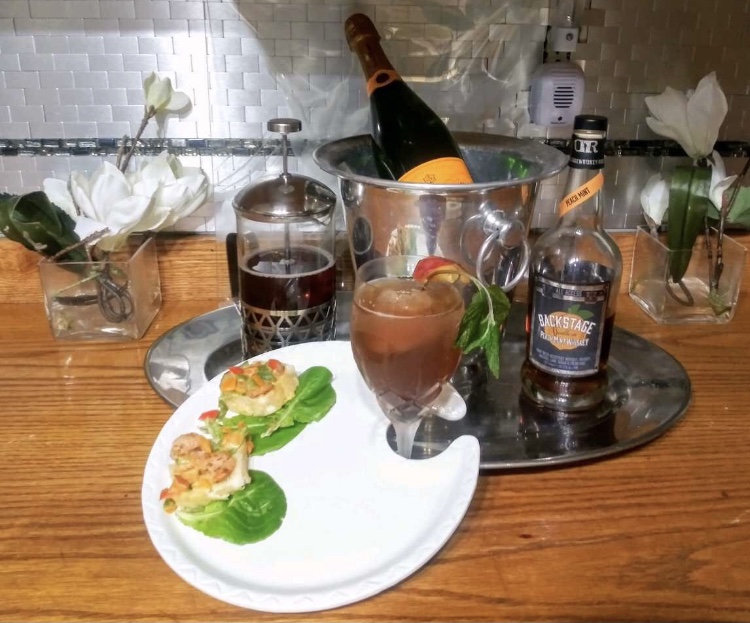 The first winner of the new virtual cook-off reality show was IngridO McMillan, and the O some might say is for Oh My, because she brought the sizzle and sauciness to the show.

I would watch it over again just to bake in her energy. She was quite the dish. Nothing about Ingrid is half-cooked, a southern belle with big city taste and the closet of a reality show wife with all of the shoe racks stuffed as a November butterball turkey.

This Bowman bombshell is the Founder of Black to Alaska touring company and the former Director of History, Art and Culture/Curator of Penn Center in St.Helena Island, SC.

She sauntered into her kitchen like it was the kick-off of fashion week with a multi strung cable of pearls cascading toward her waistline, chic thick oversized frames to add mystique, and a choir of bracelets.

The most noticeable in solo, a chunky white Dior one which perfectly matched her ergonomically correct plater with a built-in accommodation for her fancy southern tipsy tea frozen in a chalice.

Forever determined to keep it dirty south branded, her signature libation used Back Stage Southern Whiskey by North Carolina’s own Darius Rucker, the former singer, and songwriter of Hoodie and The Blow Fish.

A highlight that I really fancy about the show is that the winner donates a portion of their proceeds to a foundation of their choice. 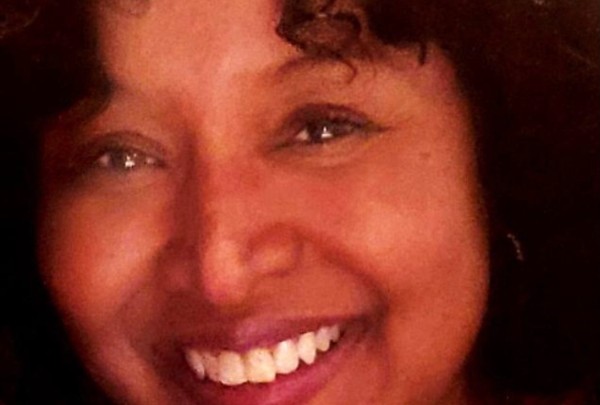 Harlem resident Keima Hugh has decided to make good use of her time amidst the pandemic.

Besides her aspirations of competing in an upcoming competition of a Cocktail And A Dish, her mission is to prove Harlem is hot with the development of a new hot sauce she created.

She says, “It’s not just hot sauce.” I believe she is sure to singe her competitors away, as her product is unique and contains additional healing properties from her infusion of essential oils. It was designed in mind to aid in the healing of one’s body.

Kema has worked in the restaurant/hospitality industry in Harlem since 2008.

She touts working with amazing chefs such as Marcus Samuelsson of the Red Rooster. Also, being a part of the opening team with Chef JJ (Joseph Johnson) and Chef Alexander Smalls of Cecil’s restaurant.

To see what all the smoke is about, look out for her in an upcoming competition where she will debut her signature hot sauce…

And if you think you’re hot stuff too and want to compete in the new virtual food war please contact Carolyn Lindsay via e-mail at www.carolyn_lndsy@yahoo.com or on Instagram @Chlindsay.

Etu Evans is the Creative Director of Harlem World Magazine, a Celebrity Footwear, Accessories, and Interior designer, and Founder of the Solesville Foundation. You may contact and follow him on Instagram @Etu Evans, Facebook @Etu Evans, and www.etuevans@gmail.com.