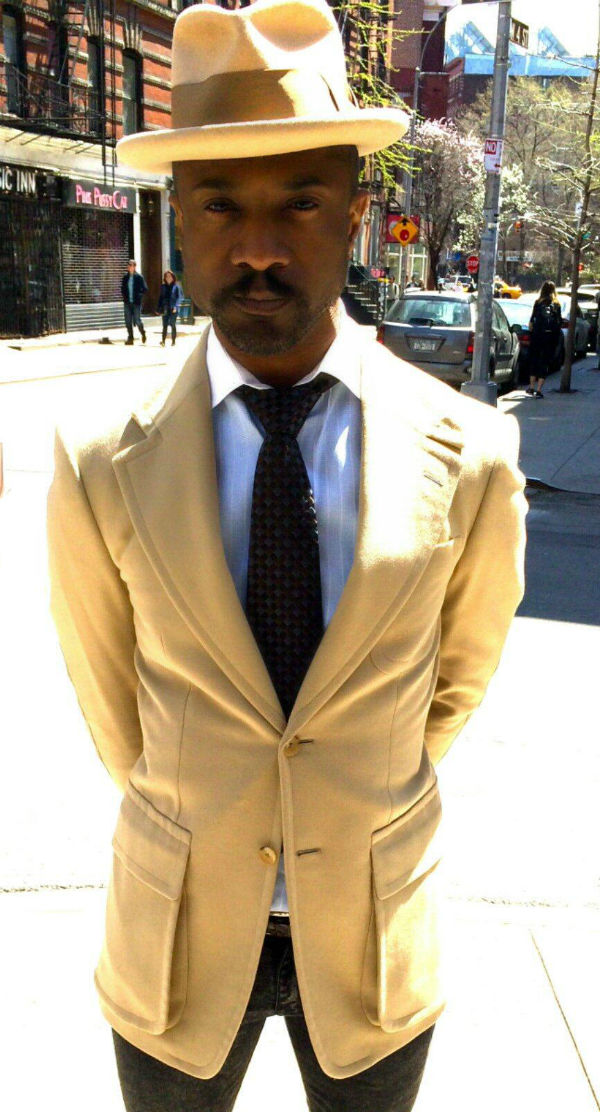 Shoe Designer and Fashion Historian Sean Theodore Vincent of the eponymous brand St. Vincent, is a walking encyclopedia and archivist of style and panache. It seemingly appears that his destiny to live his life on his highest heel was illustrated cosmically. Although later dubbed The Saint of Shoes in London, what most people don’t know about the style guru is his naughty shoe magnetism behind the seams of his eventful globe-trotting career. St. Vincent was a precocious little boy, who would incessantly wear his mother’s high heel shoes. She couldn’t keep him from out of them. She just couldn’t. His shoe addiction eventually led to him hiding them under his bed, because he wanted to collect them all for himself. It was a true tale of sinners verses saints one could say. He said, “I couldn’t explain my behavior as a child, at least not in words. All I knew is it was my passion. I was simply obsessed with high heeled shoes for women.” Accompanying the matriarchs on weekend shopping sprees with included his grandmother, mom and aunt only further ignited his love affair with such objects of artistic fanfare, colorful intricacy, and seduction. Perhaps, it was there in the marketplace that he learned consumer behavior and received adulation as he picked out the shoes of his leading ladies. He quickly learned his keen eye and taste would allow him to be treated with the desires of his heart in exchange. 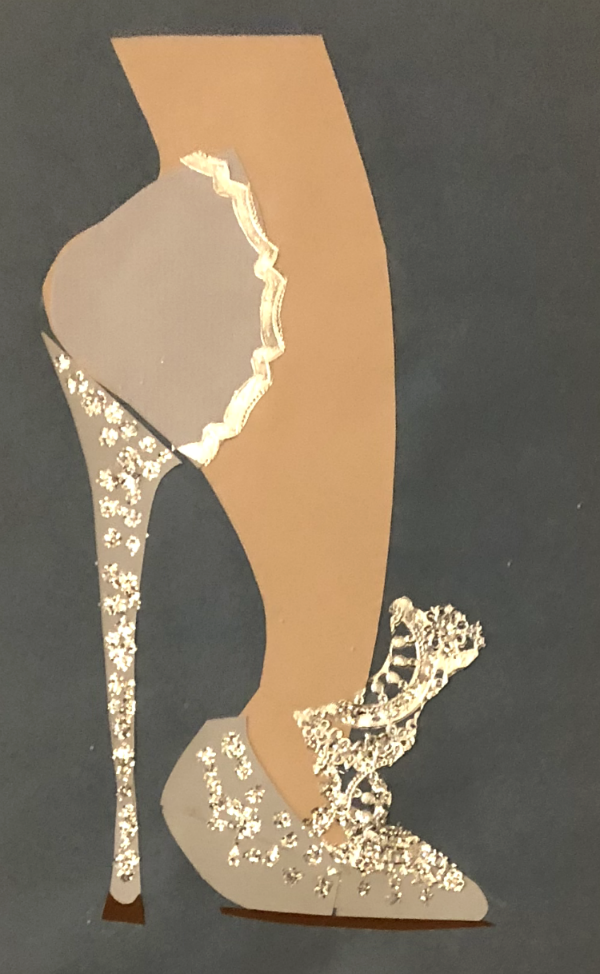 After defecting from Los Angeles to Paris at age 17, St. Vincent took his first step of faith towards his destiny after high school. He didn’t have all of the answers and a head full of dreams but had found himself in a foreign land. An excursion that celebrated what he adored best, which included high fashion, true couture houses, and cobblers. He soon attend an exhibition of famed shoe designer Roger Vivier that recalibrated his soul, no pun intended. He was so smitten by the creative impresario that he stayed at Vivier’s exhibition for 5 hours. Today, fashion enthusiast continue to celebrate the icon for his invention of the stiletto and comma heel, so it is no shock to see how a young lover of shoes would be moved by his imagination. As he exited the exhibition, he was convinced he found his vocation. He unequivocally knew he had to design shoes and was at the point of no return. However, he knew nothing about shoe construction, working on a last (shoe mold) or how to properly illustrate them. Nonetheless, he began drawing them as best he could, deconstructing shoes and creating his prototypes out of tissue paper. As his paper cobbling skills progressed, he found a niche for his creations of art and produced two well-received European exhibitions. This landed St. Vincent amongst great shoe designers specializing in one of a kind designs out of leather or metal. However, this was not enough patronage for him. He yearned to be better and sought to have his brand as a must-have for fashionistas. As a result, he contacted his friend Claude who at the time was freelancing for designers Charles Joudain, Phillipe Model and Maud Frizion to teach him how to properly illustrate a shoe, so he could not only better execute his ideas, but design collections for other companies in the future. 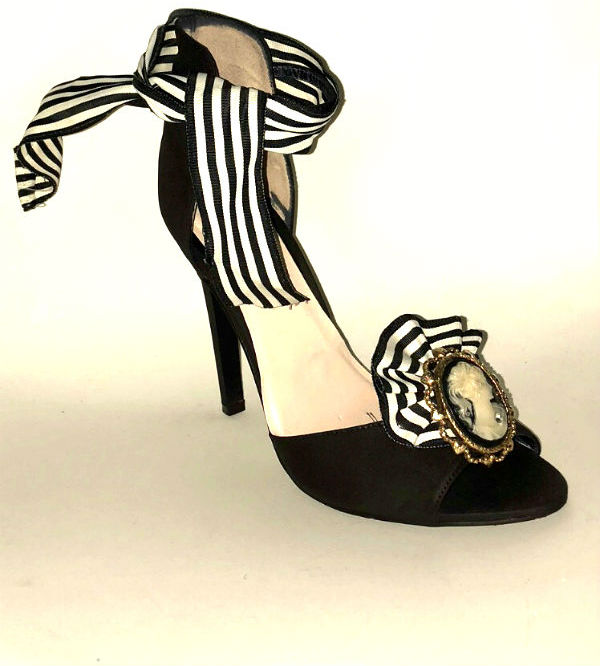 It was a bittersweet departure but necessary. After all, it has been said growth is never comfortable. Since St. Vincent wasn’t fluent in French attending such a design school didn’t register appealing. As a result, to continue to feed his ambition, the designer packed up his belonging and headed to London. He escaped the French language barrier by enrolling there in Cordwainers College. After successfully completing his coursework, he finally thought he was ready to create his own signature label. He took on a gig as a means to finance his footwear, but only had enough money at the time to manufacture his samples. However, publicist Annette Henry loved his shoes so much, she had them placed in all of the top magazine editorials, models and Britain it girls in the nineties. This attention and newfound fame is where he was dubbed with the nickname The Saint of Shoes due to the comfort of his towering creations. This was a rarity in the industry as it still is today. It is not common to associate comfort with luxury high heeled footwear. I surmise being a saint has its privileges. St. Vincent’s recipe for success was found in his quilted insole which comfort and longevity of wear earned him a cult following. He even ended up designing a collection for Neil Cunningham and Joseph Corre’ (son of Vivian Westwood) and Serena Rees Agent Provocateur collection to complement the intimate apparel of the husband and wife design duo. He also worked for the award-winning Ozwald Boateng, the Ghanian born bespoke Saville Row designer in Great Britain. At that time, St. Vincent was infatuated with his concept of brassieres for the feet and bondage of corsets. His lingerie inspired sensibility was manifested through sumptuous silks, peekaboo lace, and tulle. Who needs sheets when you have on shoes like these? Serena exclaimed, “they are the perfect match to pair with their collection and said Joseph agreed.” 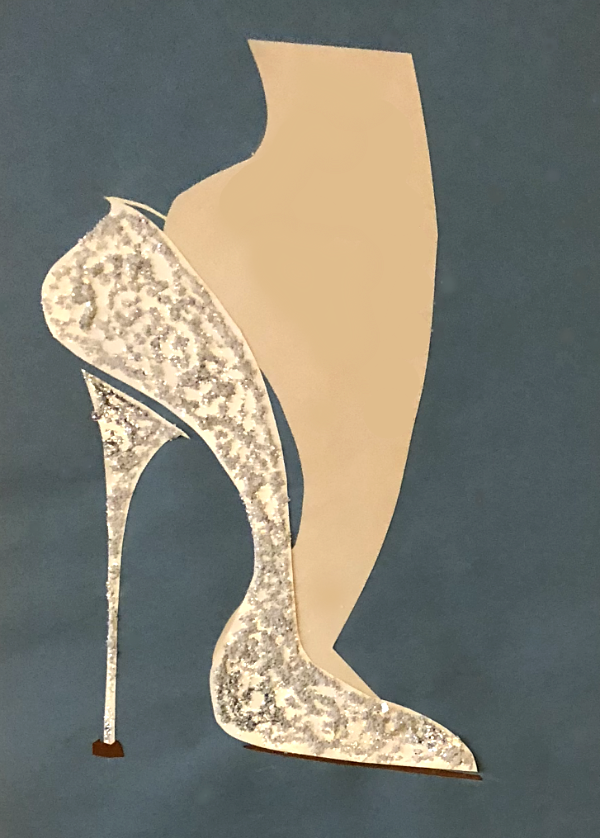 It was so interesting to learn about the connection between St. Vincent, the famed red bottom designer Christian Louboutin and his idol Roger Vivier. St. Vincent explained to me how he met Christian very early on in his career at Pelle Royal in Paris. At the time, he was just on the verge of getting press. He became immersed with the movement of Louboutin’s imagination. The Saint said, “He was doing some really interesting things like, high heels that said sex and flats that said, love.” He told me how one day he just went by his shop day and they started hanging out…Sometimes he would take me home on his Vespa.” I am sure not many shoe aficionados can say that. Eventually, St. Vincent expressed how he wanted to work for him. Christian responded, “I am just starting out and can’t afford to pay anyone right now.” He replied, “I don’t care, I just want to work for you and I will do whatever.” St. Vincent said he learned a lot of the tricks of the trade from Christian and is grateful. However, discovering that Christian Louboutin was Roger Vivier’s last assistant before he passed away in 1987 was his biggest red alert. Such discovery he said, had him literally walking around like he was a little puppy at the shop. Although his stint with Christian didn’t last too long, his studio in New York’s Flat Iron district still has a framed collage of Vivier’s shoe style as a tribute to him. 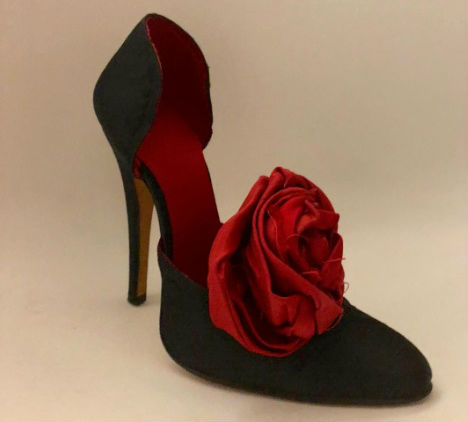 Poppa’s Got A New Bag of Treats: Transition to Bridal Shoes

The creative force moved to New York in 2000 and has been working as a freelance shoe designer. Additionally, St. Vincent has been busy creating framed art collages of his footwear for sale individually, as note cards, as well as a Sole of Portraits collection of distinct American females for the museum exhibition. It is refreshing, fill with historical trivia, creativity and above all soul.

“A high heel shoe makes a woman feel glamours, and men alike are just as obsessed with them.”

Despite having his signature high-end specimens being featured in Britain’s B, New Woman’s and Pride magazines, St. Vincent is gearing up for the debut launch of his new 2019 Bridal Collection entitled The Shoe- The Slipper -The Fantasy. Imagine being indulged in what he calls glamour fetish. His bridal illustrations can best be described as beautiful love temples cloaked in duchess satin, lush silks, lace and bejeweled in crystals and rhinestones. These shoes are the reminder of the most special day a woman can have and a husband will treasure for eternity. Consider them a tangible wish or prelude to climatic activity while on. St. Vincent says, “A high heel shoe makes a woman feel glamours, and men alike are just as obsessed with them.”

Etu Evans is a Celebrity Shoe Designer, Speaker, Founder of Etuology Cannabis Skincare and Solesville Foundation in Harlem. His designs have adorned Beyoncé, Halle Berry, Solange Knowles, Michael B. Jordan and Queen Latifah just to name a few. His purple bottom shoes have been featured in several top international and domestic publications. Etu is a 4.0 graduate of Columbia University, S.C. State University and the Fashion Institute of Technology. For more follow him at www.etuevans.com. Follow Etu Evans IG: @EtuEvans, E-Mail: Etuevans@gmail.com. Photos by Putwa Media.