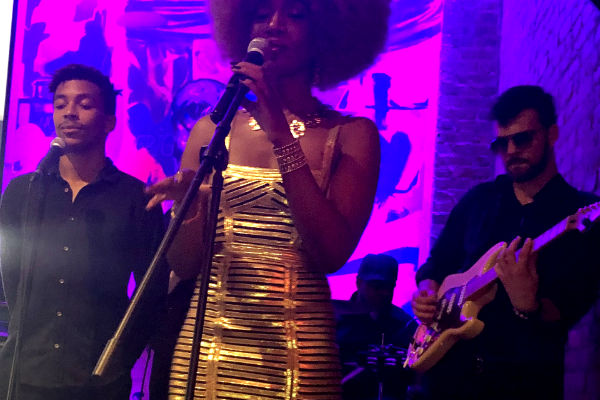 She sauntered into Basquiat’s Bottle in the tapestry of Brooklyn, with her mane set ablaze in a fiery reddish blond. It was enough to give even Moses a sign, or perhaps one of the brothers she passed from the mosque on Fulton street – a message that music royalty had arrived. Queen Ilise looked striking, standing 5’11 in strappy metallic stilettos, with a short-fitted number on, contrasting in hue, to squeeze out any negative thoughts that this was the moment she had been waiting on all her life. Apparently, everyone could appreciate the spirit of divinity among us. Her court was packed with a sea of ethnicities, and intergenerational spectators. 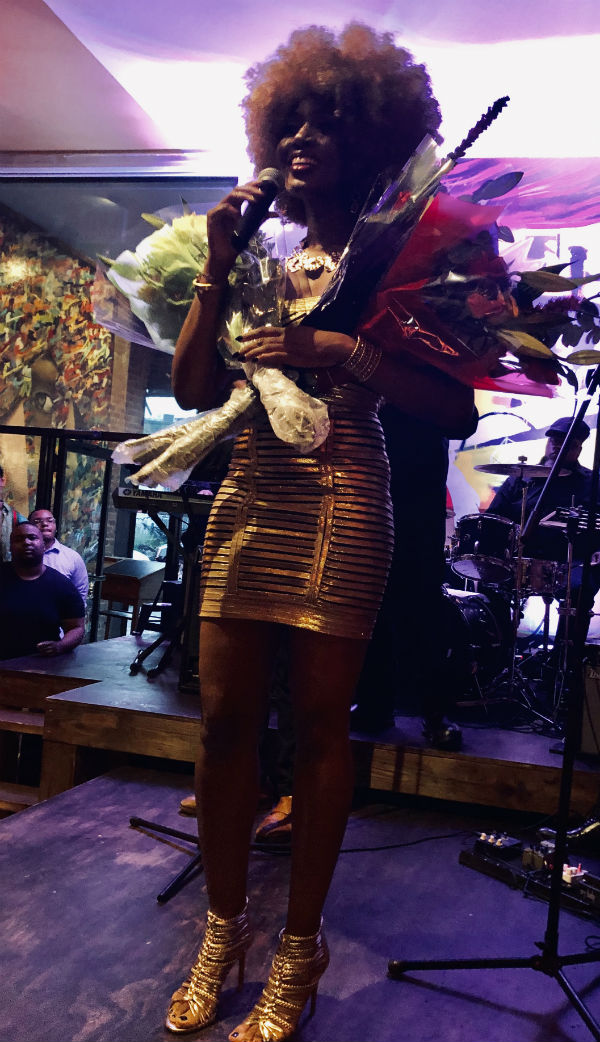 Queen Ilise proves that you don’t have to scream to be heard, or get entangled in seemingly never-ending scales or riffs, that are more of a distraction than an audible desert. Often times people think these are the prerequisites for a great singer, but this dame proves them wrong. Her lyrics both compelling and convicting. Her voice is sultry, sincere and neo-soulful. Every note hung carefully in her arranged melodies she pinned, like ornaments placed on a Christmas tree. It’s hard not to move, or nod to her vibe, at the very least. I think it’s refreshing to see an artist delve into her lower register in such a confidently sexy way.

Her debut CD entitled Break Through is a summer sizzler must have. Her energy is infectious, the band electric, and one-man backup singer, Gabriel holds her down like butter does grits.

Etu Evans is a Celebrity Shoe Designer, Speaker, Founder of Etuology Cannabis Skincare and Solesville Foundation in Harlem. His designs have adorned Beyoncé, Halle Berry, Solange Knowles, Michael B. Jordan, and Queen Latifah just to name a few. His purple bottom shoes have been featured in several top international and domestic publications. Etu is a 4.0 graduate of Columbia University, S.C. State University and the Fashion Institute of Technology. For more follow him at www.etuevans.com. Follow Etu Evans IG: @EtuEvans, E-Mail: Etuevans@gmail.com. Photos by Putwa Media.