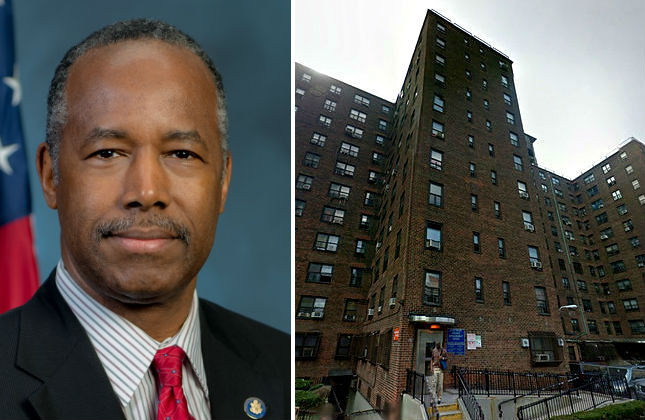 “The strengthening and finalization of the dust-lead hazard rule is the successful result of federal agencies working together to protect children from dangerous, preventable health risk,” said Regional Administrator Pete Lopez. “This rule strengthens EPA’s ongoing efforts to ensure children grow up in homes that are free of lead contamination.”

“EPA’s updating its standards for lead dust on floors and windowsills in pre-1978 homes and child-occupied facilities is an important advance,” said Secretary Carson. “We will use this new rule in updating the lead safety requirements for the pre-1978 housing we assist.”

“As a teacher in Newburgh Schools, I place children’s safety as one of my highest priorities. Lead levels in Newburgh’s children are reducing an entire generation’s ability to be the successful scholars we strive for,” said City of Newburgh Mayor Torrance Harvey. “The City of Newburgh is committed to working with all of our partners to reduce lead levels and bring properties into full compliance.”

“Eliminating the dangers of lead-based paint in homes continues to be a priority for Secretary Carson, and a rule that demands a higher standard to protect children and prevent the hazards of lead exposure is a step in the right direction,” said Lynne Patton, HUD Regional Administrator for New York and New Jersey. “Lead poisoning, including lead dust on floors and windowsills, can cause irreparable damage at the most precious stage of life. HUD is honored to join forces with the EPA to ensure that young children are safe from lead poisoning and get a chance to achieve their full potential.”

Since the 1970s, the United States has made tremendous progress in lowering children’s blood lead levels. In 2001, EPA set standards for lead in dust for floors and window sills in housing, however, since that time, the best available science has evolved to indicate human health effects at lower blood lead levels than previously analyzed.

To protect children’s health and to continue making progress on this important issue, EPA is lowering the dust-lead hazard standards from 40 micrograms of lead per square foot (µg/ft2) to 10 µg/ft2 on floors and from 250 µg/ft2 to 100 µg/ft2 on window sills. The more protective dust-lead hazard standards will apply to inspections, risk assessments, and abatement activities in pre-1978 housing and certain schools, child care facilities and hospitals across the country.

In the City of Newburgh, approximately five out of every six houses or apartments were constructed before 1960 when lead-based paint was commonly used. The city has calculated, based on national statistics provided by HUD, that low- and moderate-income households occupy 3,433 rental units and 979 ownership units that contain lead paint.

From 1996 to 1999, Newburgh was one of the top 15 cities in New York State for identified incidences of elevated levels of lead in children’s blood. Of those tested, 10.6% had more than 10 micrograms per deciliter. The 2004-2005 Surveillance Report issued by the New York State Department of Health identified 103 new ≥10 mcg/dL cases in the City and Township of Newburgh – the highest number identified in the state. During 2008, 96 homes were identified as having elevated lead levels indicating a continued source of lead exposure.

Lead-contaminated dust from chipped or peeling lead-based paint is one of the most common causes of elevated blood lead levels in children. Infants and children are especially vulnerable to lead paint exposure because they their growing bodies absorb more lead than adults and their brains and nervous systems are more sensitive to the damaging effects of lead. They can be exposed from multiple sources and can cause irreversible and life-long health effects. Lead dust can be generated when lead-based paint deteriorates or is disturbed.

The rule will become effective 180 days after date of publication in the Federal Register.

A link to this final rule and to learn more here.

Reducing childhood lead exposure and addressing associated health impacts is a top priority for EPA. In December 2018 EPA Administrator Wheeler and other Federal Officials produced the Lead Action Plan, a blueprint for reducing lead exposure and associated harms by working with a range of stakeholders, including states, tribes and local communities, along with businesses, property owners and parents.

EPA continues to work with its federal partners to improve coordinated activities and implement objectives of the Lead Action Plan.