Empty Storefronts With Many Vacancies Along 125th Street In Harlem 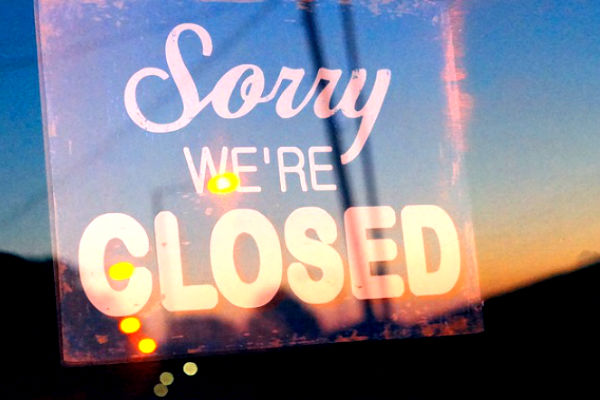 For years, New Yorkers have observed growing numbers of vacant storefronts in the neighborhood. And that was before the pandemic.

The rise in retail vacancies has been well-documented in New York City, having grown from 4 percent to 5.8 percent between 2007 and 2017. Now, the coronavirus threatens to unleash a retail apocalypse, having already shuttered scores of beloved neighborhood eateries and other businesses facing unfulfillable rent payments and a lack of government aid.

Harlem, meanwhile, has been a relative exception to that pre-pandemic trend.

In the past decade, Harlem has managed to grow its number of retailers, even as rising rents and other factors drive up vacancies in other neighborhoods around the city. A 2019 report by the city comptroller’s office found that Harlem saw the second-highest rate of retail growth between 2012 and 2018 of any surveyed area in the city.

Still, empty storefronts abound in the neighborhood, as they do in much of New York. To survey the scope of the situation in Harlem, along 125th Street from Broadway to Third Avenue last week, tallying each vacant business.

All told, 42 stores sat empty along that stretch — not counting active construction sites or businesses that shut down during the pandemic but have pledged to reopen at a later date. That’s a rate of nearly one vacancy per block.

The list includes long-empty sites like Mart 125, the former open-air market near Frederick Douglass Boulevard that has sat unused since 2001, despite periodic efforts to revive it.

Other businesses shut their doors more recently, like the former Apple Bank branch inside the grand Harlem Savings Bank building near Lexington Avenue, or the large former Duane Reade pharmacy on the northeast corner of Frederick Douglass.

The vacancy rate on 125th Street is lower than in other neighborhoods has surveyed this month, including the Upper East Side, where at least 66 stores sat empty on 30 blocks of Second Avenue, or Hell’s Kitchen, which had nearly 60 vacant storefronts along a chunk of Ninth Avenue.

That may be due in part to a development boom that has swept Harlem in recent years. A number of the vacant storefronts Patch observed last week were in retail spaces that have not secured long-term tenants.

New development has also cleared some sites that had been unused for years. This month, demolition work finally began on the former Pathmark supermarket on East 125th Street that had sat empty for more than five years, blighting the full-block site. It will be replaced by a nine-story office tower.

Local politicians have floated a number of measures to ease the burden on businesses, especially during the pandemic. One State Senate bill to reduce rent payments for business tenants has drawn a number of co-sponsors, including Upper Manhattan State Sen. Robert Jackson, but has not reached the full senate for a vote.

Last year, a City Council bill to create a citywide database of empty storefronts passedv after being backed more than a dozen members, including Diana Ayala, who represents East Harlem. The database is set to go live in February 2021.

Other proposals include a “mom-and-pop” rezoning, which limits the size of new storefronts in an effort to protect small shops. Gale Brewer pushed through such a rezoning on the Upper West Side in 2012, while serving on the City Council, and at least one candidate running to succeed her as Manhattan Borough President next year has proposed expanding it borough-wide.