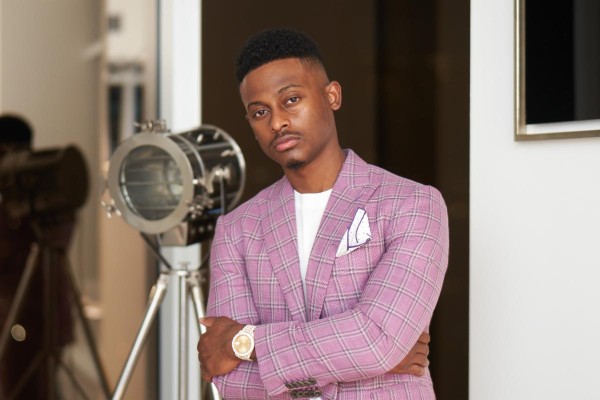 The money is part of scholarships to 10 Historically Black Colleges and Universities (HBCU) students to kick off Black History Month.

Powered by Thompsons’ IAMS Foundation and support from the Scholly app, the scholarship search launched last Fall with the mission of helping ease the financial burden of college tuition amid the negative impacts of a global pandemic, racial violence, and skyrocketing unemployment.

After receiving hundreds of applications, 10 students were selected and awarded their scholarships with a surprise hometown visit by Thompson himself.

Once a struggling student himself, Thompson vowed to one day give back to students facing financial challenges after his uncle generously paid for his first year of tuition. “I know what it feels like to not know whether you’re going to be able to register for the next semester,” says Thompson, who studied engineering while at Morehouse. “So, to now be in a position to ensure that at least 10 students will be able further their education is an incredible blessing and honor.”

A native of Missouri City, Texas, Thompson began his entrepreneurial journey as a college student when his older brother Branden introduced him to cryptocurrency and investing.

He began studying the industry and developed a knack for teaching others how to make profitable investments.

Sensing an opportunity to build a following by inspiring others to join the cryptocurrency movement, Thompson, along with his brother Branden and four fellow Morehouse students (Nathan Samuel, Reynaldo Perez, Joshua Stewart, and Ian Jackson) formed the TradeHouse Investment Group.

The goal of the company is to teach financial literacy through investment strategies and to provide a platform that offers economic and social advancement to traditionally disenfranchised communities.

The partners’ networking savvy and charisma grew the company into a multi-million-dollar business in just 2 years. And it all started at an HBCU.

“I am a testament to how giving back can change the trajectory of one’s life,” he says. “If it were not for my uncle’s generosity, I wouldn’t have been able to attend Morehouse and develop a network of like-minded individuals who would go on to become my business partners. Investing in my community will always be one of the smartest, most valuable business decisions I’ll ever make.”

Thompson hopes to encourage people through his story and journey that they too can make a significant impact and hold important roles no matter their age, skin color, or circumstance.

He wants to inspire people to go off the beaten path and create their own success through entrepreneurship.

If Thompson could say one thing to young people it would be, “Your goals are your goals, and no-one else’s. Believe in your goals and the things that you do because what makes sense to you doesn’t have to make sense to anyone else.”

Scholly, based in Philadelphia, PA, was founded in 2014 by Christopher Gray — then a student — who won 1.3 million in scholarships.

Scholly (As seen on Shark Tank and Forbes 30 Under 30) is an app that gives high school students, current college students, and graduate students a fast and simple way to find scholarships for college.

The app turns months of looking for money for college into minutes. The Scholly App has been #1 in the iPhone and Android App store for several weeks, and, several cities and states (e.g. Philadelphia, Memphis and Montana) have purchased the app for their students.

The free Scholly app – which offers tips and advice for applying for scholarships — is available through the iPhone and Android app stores.

The full version with access to the scholarship matching platform is $2.99 and includes a web version as well. For more information about Scholly visit www.myScholly.com