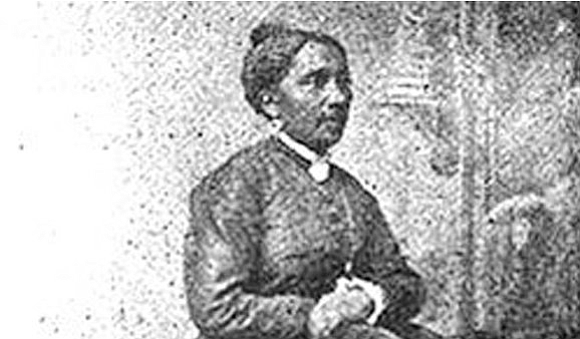 In 1854, Graham insisted on her right to ride on an available New York City streetcar at a time when all such companies were private and most operated segregated cars. Her case was decided in her favor in 1855, and it led to the eventual desegregation of all New York City transit systems by 1865.

Graham later started the city’s first kindergarten for African-American children, operating it from her home on 247 West 41st Street until her death in 1901.

1792–1859 and his wife, also named Elizabeth 1798–1873, had at least five children. He was a free black and she was born into slavery. He became a successful tailor and an influential member of New York’s black community, being the first known African-American holder of a patent in the United States. In 1821, he was awarded a patent from the U.S. government for developing dry scouring, a new method to clean clothing. With fees from his patented dry-cleaning process, Thomas Jennings bought his wife’s freedom, as she was considered an indentured servant until 1827 under the state’s gradual abolition law of 1799. Their daughter was thus born free and received an education.

Jennings’s mother was a prominent woman known for penning the speech “On the Improvement of the Mind,” which ten-year-old Elizabeth Jennings delivered at a meeting of the Ladies Literary Society of New York

, which was founded in 1834 and of which Jennings’s mother was a member. The literary society was founded by New York’s elite black women to promote self-improvement through community activities, reading and discussion. Produced and given in 1837, the speech discusses how the neglect of cultivating the mind would keep blacks inferior to whites and would have whites and enemies believe that blacks do not have any minds at all. Jennings believed the mind was very powerful and its improvement could help with the abolition of slavery and discrimination. Therefore, she called upon black women to develop their mind and take action. The importance of improving the mind was a consistent theme among elite black women.

Jennings was well-off and well-connected, with powerful and influential allies. Her father, Thomas L. Jennings, was connected with two important and powerful Black churches, the Abyssinian Baptist Church, which later moved to its current location in Harlem, and St. Phillips, also in Harlem. He was also a respected businessman and community leader whose social circle included abolitionists, ministers, journalists and educators, both Black and white.

By 1854, Jennings had become a schoolteacher and church organist. She taught at the city’s private African Free School, which had several locations by this time, and later in the public schools.

In the 1850s, the horse-drawn streetcar on rails became a more common mode of transportation, competing with the horse-drawn omnibus in the city. (Elevated heavy rail, the next transportation mode in the city, did not go into service until 1869.) Like the omnibus lines, the streetcar lines were owned by private companies, and their owners and drivers could refuse service to any passengers and enforce segregated seating.

On Sunday, July 16, 1854, Jennings went to the First Colored Congregational Church, where she was an organist. As she was running late, she boarded a streetcar of the Third Avenue Railroad Company at the corner of Pearl Street and Chatham Street. The conductor ordered her to get off. When she refused, the conductor tried to remove her by force. Eventually, with the aid of a police officer, Jennings was ejected from the streetcar.

She got upon one of the company’s cars last summer, on the Sabbath, to ride to church. The conductor undertook to get her off, first alleging the car was full; when that was shown to be false, he pretended the other passengers were displeased at her presence; but (when) she insisted on her rights, he took hold of her by force to expel her. She resisted. The conductor got her down on the platform, jammed her bonnet, soiled her dress and injured her person. Quite a crowd gathered, but she effectually resisted. Finally, after the car had gone on further, with the aid of a policeman they succeeded in removing her.

The incident sparked an organized movement among black New Yorkers to end racial discrimination on streetcars, led by notables such as Jennings’ father, Rev. James W.C. Pennington, and Rev. Henry Highland Garnet. Her story was publicized by Frederick Douglass in his newspaper, and it received national attention. Jennings’s father filed a lawsuit (on behalf of his daughter) against the driver, the conductor, and the Third Avenue Railroad Company in Brooklyn, where the Third Avenue company was headquartered. This was one of four streetcar companies franchised in the city and had been in operation for about one year. She was represented by the law firm of Culver, Parker, and Arthur. Her case was handled by the firm’s 24-year-old junior partner Chester A. Arthur, future president of the United States.

In 1855, the court ruled in her favor. In his charge to the jury, Brooklyn Circuit Court Judge William Rockwell declared: “Colored persons if sober, well behaved and free from disease, had the same rights as others and could neither be excluded by any rules of the company, nor by force or violence.”

As important as the Jennings case was, it did not mean that all streetcar lines would desegregate. Leading African-American activists formed the New York Legal Rights Association to continue the fight. In May 1855, James W. C. Pennington brought suit after being forcefully removed from a car of the Eighth Avenue Railroad, another of the first four companies. After steps forward and back, a decade later in 1865, New York’s public transit services were fully desegregated. The last case was a challenge by a black woman named Ellen Anderson, a widow of a fallen United States Colored Troops soldier, a fact that won public support for her.

Elizabeth Graham married Charles Graham (1830–1867) of Long Branch, New Jersey, on June 18, 1860, in Manhattan. They had a son, Thomas J. Graham. He was a sickly child who died of convulsions at the age of one during the New York Draft Riots of July 16, 1863. With the assistance of a white undertaker, the Grahams slipped through mob-filled streets and buried their child in Cypress Hills Cemetery in Brooklyn. The funeral service was read by Reverend Morgan Dix of the Trinity Church on Wall Street.

After the New York Draft Riots, there were numerous attacks against the African-American community. Jennings and her husband left Manhattan with her mother to live with her sister Matilda in Monmouth County, New Jersey, in or near the town of Eaton. Her husband Charles died in 1867 while they were living in New Jersey. Graham, along with her mother and sister, moved back to New York City in the late 1860s or 1870.

Graham lived her later years at 247 West 41st Street. She founded and operated the city’s first kindergarten for black children in her home. She died on June 5, 1901, at the age of 74, according to her tombstone, and was buried in Cypress Hills Cemetery along with her son and her husband.

, and intended for middle-grade to adult readers, the book was published by HarperCollins/Greenwillow Books in New York.