Electric Bike vs. Regular Bike – How To Decide 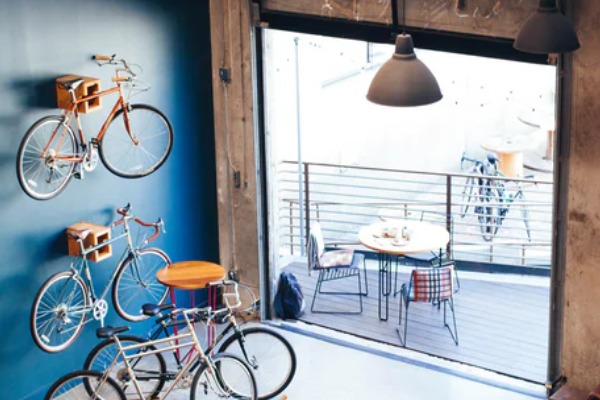 Getting on a bicycle and feeling the breeze on your face while moving through space under your own power is incredibly freeing.

However, if you choose to use a bicycle for daily errands and your commute, you may need a bit of help to avoid moving into workout mode during that ride.

Choosing your bike format is specific and personal to your needs and transportation goals. While a regular bike may be great for a long ride on the weekend, using an electric bike for your commute may be a better choice for daily use. You can get an e-bike that looks a lot like a regular bike, or you can get a folding e-bike that you can carry with you.

According to e-bike experts at YesCycling.com, electric bikes are faster than traditional bikes unless you are an extremely strong rider. If you choose to ride to work or school each day, your schedule may be more manageable with a bit more speed that doesn’t require more effort on your part. Getting off your bike and jumping into the shower is a great workout; needing a shower and going to class can make for a long day.

A Little Help When You Need It

An e-bike can also give you a boost when you are facing an incline. Depending on where you commute, long hills can be a challenge as you follow traffic laws. With an e-bike, taking off from a dead stop at a red light won’t take as much leg power, knee pressure, and cardiac effort as an e-bike. While the best cruiser bikes for women may be great for a long ride on the weekend, using an electric bike for your commute may be a better choice for daily use.

Bicycle as Tool Vs. Recreation

Ebikes are ideal for

Depending on the climate where you live, using an e-bike for errands to the grocery or the drug store is actually quite simple with a properly snugged backpack or on the storage bar behind you.

Additionally, the fender attachments on an e-bike that protect you from flying dirt and puddle spatters add weight that isn’t always necessary on a regular bike. On an e-bike, the power assist can reduce that burden.

If you live in an apartment and pay for parking, an electric bike can make it possible to get rid of your car, lessening both your climate impact and your expenses. A folding e-bike can come into your house with you and even comes with a carrying case you can take with you to class or to your workspace.

A standard bike can also serve as your car, and many come with the folding feature. Just be aware that each commute on a traditional bike will

Depending on your fitness level and financial situation, giving up the car may be a tough or an obvious choice. Having an e-bike you can rely on to help you on hot days or inclines may make it easier to shift from car to bike daily.

Security is a concern, as is cost. E-bikes are generally more expensive than a regular bike, and they may be more of a target to thieves. In 2021, you can find some great electric bikes under $1000, comparable to most mid-priced regular hybrid and road bikes.

You will also want to review additional safety gear options for your bike; moving faster through traffic lessens your reaction time and increases the intensity of your impact if you take a tumble.

You can get both regular and e-bikes with city tires or fat tires. For those interested in taking a fat tire bike into the rough country, tearing up the mud, or doing some serious climbing, an e-bike can get you further and let you enjoy longer, tougher trails.

If you’re planning to take a long trek into the wilderness, such as a rough camping trip, you may want to either carry an extra battery or carry a portable charging brick or a small solar setup. You can still pedal an e-bike with a dead battery, but the pedaling will be harder work.

Most electric bike batteries are keyed in and easily removable. When you remove the battery because it’s out of power, the resistance will be less. However, e-bike frames are generally a bit heavier than a regular bike frame.

An e-bike will be a bigger investment than a regular bike. However, if you have a regular bike that doesn’t get a lot of use, an e-bike can actually get you out on the trails.