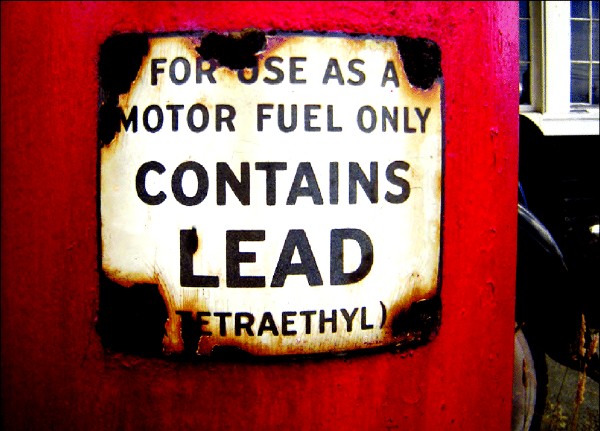 An environmental toxin is still posing a dangerous risk to students. The New York League of Conservation Voters (NYLCV) today called for strengthening the State’s lead poisoning prevention standards as recommended by NYLCV Education Fund’s new report “5 is the New 15.”

NYLCV called on the State to reduce the action level for lead in public school drinking water from 15 parts per billion (ppb) to 5 ppb.

An analysis of lab reports from 90% of all New York State school districts that were already identified in the State’s 2016 data, found that an additional 63,428 drinking water outlets, or 17.2%, currently in use that would need remediation under a more protective standard of 5 ppb compared to the current action level of 15 ppb.

An analysis of lab reports from 90% of all New York State school districts that were already identified in the State’s 2016 data, found that an additional 63,428 drinking water outlets, or 17.2%, currently in use that would need remediation under a more protective standard of 5 ppb compared to the current action level of 15 ppb.

Children spend much of their time in school and the levels of lead in school drinking fixtures present an alarming problem, as many schools have older plumbing fixtures that contain large amounts of lead.

Lead poisoning can affect almost every organ and system in the human body, causing irreversible damage, and babies and young children are particularly at risk.

In 2016, New York became the first state to require all public schools to test for and remediate lead in drinking water with levels above 15 ppb.

Since 2016, several states such as Montana, Illinois, Vermont, and the District of Columbia have reduced their action levels to 5 ppb or less.

Several other states such as Washington, Michigan, Pennsylvania, and Massachusetts are actively considering lowering their action levels below 15 ppb.

NYLCV/EF is committed to helping New York continue its leading role in combating lead poisoning by adjusting its action levels, among other improvements.

Senator Rivera and Assemblymember Gottfried recently submitted legislation to update this program as recommended by NYLCVEF (S. 2122 / A. 160).

“All young children deserve a safe learning environment. Lead poisoning from drinking water in schools continues to pose a significant health risk for New York’s children,” said Julie Tighe, President of the NYLCV. “It’s time to reevaluate our current law to protect kids and improve schools for the future. As one of our priorities for 2021, we’re committed to working with Governor Cuomo, Senator Rivera, Assemblymember Gottfried, our partners and all our elected officials to make significant improvements to our drinking water.”

State Senator Gustavo Rivera said, “The recently released report by the New York League of Conservation Voters reinforces the need to enact stronger protections in order to safeguard our children from the harmful effects of lead poisoning.

The bill that I sponsor alongside Assemblymember Gottfried will set higher testing and remediation standards for drinking water in our schools to ensure it is safe and free of lead contamination. I look forward to working with NYLCV to make these changes happen.”

“The health and well-being of New York’s schoolchildren depend on us reducing lead poisoning. Lead poisoning can cause irreversible damage to a child’s development, and prevention is critical,” said Assembly Health Committee Chair Richard Gottfried. “We must make every effort to identify lead poisoning as early as possible and to reduce lead levels in drinking water that reflect best practices in public health. My bill to expand water testing in schools, increase transparency, and establish action levels has already been reported by the Assembly Health Committee this year with unanimous bipartisan support.”

“Pediatricians know there is no safe level of lead for children. And we can all agree that schools should be safe environments for all children,” said Elie Ward, MSW, Director of Policy for the NYS American Academy of Pediatrics. “We strongly support this bill to remove lead toxins from the water supplies in schools across our state. The research on lead toxins is clear.”

“Lead in school drinking water undermines all the hopes and dreams every parent and teacher has for a child’s education. Rooted in science, public health, and the belief that every child deserves an equal shot to learn, this bill will improve children’s opportunity to thrive in New York State schools,” said Joan Leary Matthews, NRDC’s Director of Urban Water.

“Children are the most vulnerable to the harmful effects of lead, which can impair the development of their brain and nervous system and lead to permanent and profound health issues. And according to a 2020 study, Black children in the United States are nearly three times more likely to have highly elevated blood-lead levels,” said Sonal Jessel, Director of Policy at WE ACT for Environmental Justice. “That is why we are fighting to eliminate every source of exposure to our children, and their cumulative effects. And that is why we support this legislation. We send our children to school to learn, not to put them at risk of neurobehavioral development. Taking a drink from a water fountain between classes should refuel their bodies, not poison them.”

Claire Barnett, executive director of Healthy Schools Network, said, “There is no such thing as lead free plumbing and certainly no such thing as a ‘lead free school’. It is time to eliminate misleading labels and focus on reducing lead exposures.”

Alex Naidoo, program manager at Healthy Schools Network, commented, “Early research suggests the poorest schools have the most taps closed due to lead.

We need more information on how the poorest schools are getting reimbursed and how best to provide free clean water for students, faculty and staff.”

This report is part of the organization’s efforts to reduce toxins in our environment. In 2018, NYLCVEF helped publish a report on the negative health impacts of lead poisoning in NYC and review the city’s enforcement of its lead poisoning prevention law.

This year’s report was dedicated to the late Cecil Corbin-Mark, Deputy Director of WE ACT for Environmental Justice, a tireless advocate for environmental justice and a vocal leader in the war against lead poisoning.

“Addressing lead in school drinking water is a critical part of ensuring that every child has access to safe, healthy schools,” New York State United Teachers President Andy Pallotta said. “This report clearly shows there is work still to be done to create a healthier environment for students and staff alike. Improving on the Safe School Drinking Water Act would move us in the right direction.”

“Research has found that early-life exposure to endocrine-disrupting chemicals such as lead may increase risk of breast cancer in adult life, as well as lead to other chronic diseases. The Great Neck Breast Cancer Coalition supports protecting school-aged children from being exposed to lead in drinking water by reducing the mcl from 15 parts per billion to 5 ppb,” said Laura Weinberg, President, Great Neck Breast Cancer Coalition.

Suzanne Novak, Earthjustice Staff Attorney, said, “New York leaders have the power to protect children from drinking lead-tainted water at school. Lead is a poison that can cause irreparable harm, including cognitive delays and other neurodevelopmental effects, to children whose brains are still developing.  There is no safe level of lead.  We urge New York leaders to significantly reduce the lead action level from 15 ppb to 5 ppb in its public-school water testing program. This critical change must happen now; New York schoolchildren’s health and future depend on it!”

“We know that there is no safe level of lead for children – not in paint, soil, or water. Schools need to be safe places for learning. They should not contribute to cognitive harm,” said Bobbi Wilding, Executive Director of Clean and Healthy New York. “Thanks to this new report by the NY League of Conservation Voters analyzing testing conducted under NYS law, we can see the extent of lead in school drinking water, and the need to take action. We urge the legislature and Governor to strengthen our state’s policies to further prevent children from drinking lead-contaminated water in their schools.”

The New York League of Conservation Voters is the only non-partisan, statewide environmental organization in New York that takes a pragmatic approach to fighting for clean water, healthy air, renewable energy, and open space. For more information, visit www.nylcv.org.

The New York League of Conservation Voters Education Fund engages and educates New Yorkers on environmental issues and the environmental decision-making processes at the local, regional, state and federal levels.

NYLCVEF fosters open, nonpartisan discussion on environmental policy and empowers New Yorkers to be effective advocates on behalf of the environment. Visit www.nylcvef.org for more information.