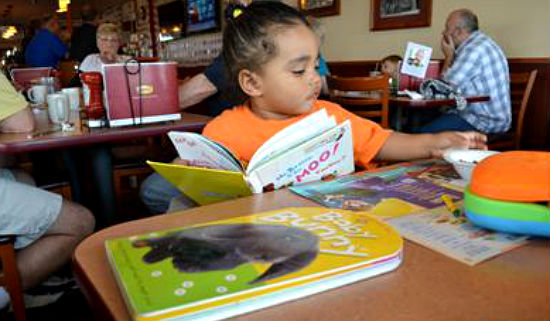 Evidence has begun to mount in recent years that consumers — especially young people — have serious gaps in their financial knowledge.

In an inaugural report, the American Public Education Foundation (APEF) calls financial illiteracy “an American epidemic” that is growing. The primary concern for its alarm is its “report card” on K-12 state-mandated personal financial education in all 50 states and the District of Columbia.

The curriculum should result in improving levels of financial literacy among school-aged children, but the foundation report says it finds little evidence of it. The analysis found that more than two-thirds of states earned grades of “C” or less for financial literacy instruction, with just 16 states earning grades at the “A” or “B” level.

“America is facing a growing epidemic,” said David A. Pickler, APEF’s executive director. “Our nation is rapidly sinking into a sea of debt and financial dependency.”

Millions of recent college graduates have a mountain of college loan debt which, under the right circumstances, could be considered an investment in a strong financial future. But recent research has also shown that many of these same young consumers also carry large credit card balances at much higher rates of interest.

A recent report from CompareCards.com found that only 13 percent of millennials with a credit card pay the balance in full each month. That means the other 87 percent are adding to their credit card debt each month.

Matt Schulz, an industry analyst at CompareCards, says most of the debt conversation has focused on student loans, but he says it appears credit card debt is far more prevalent reports Consumer Affairs.

Another recent survey — this one from U.S. News and World Report — suggests that a disturbing number of consumers are not only unaware of how much credit card debt they owe, but they don’t even know if that debt exists.

The survey, published in June, found that 21 percent of consumers don’t know if they are carrying a credit card balance, and 30 percent said they don’t know how much interest they pay each month.

Understanding how much money you owe and what it’s costing you each month is a cornerstone of financial literacy. Pickler says classroom instruction can reverse this disturbing trend. In sounding the alarm, APEF joins a growing number of financial and education experts who call for financial education at an early age.