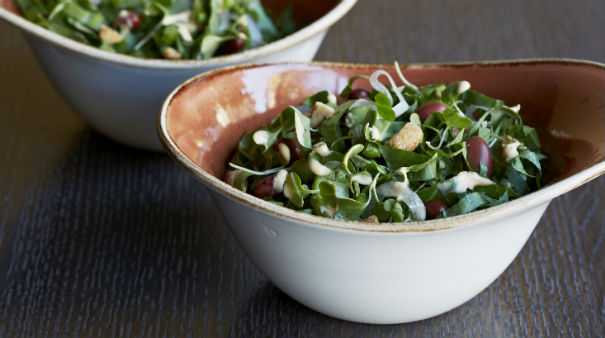 According to their findings, it doesn’t take a ton of these vegetables for consumers to boost their heart health; eating just one cup of leafy greens each day can reduce the risk of heart disease and lower blood pressure.

“Our results have shown that by simply eating one cup of raw (or half a cup of cooked) nitrate-rich vegetables each day, people may be able to significantly reduce their risk of cardiovascular disease,” said researcher Dr. Catherine Bondonno. “The greatest reduction in risk was for peripheral artery disease (26 percent), a type of heart disease characterized by the narrowing of blood vessels of the legs; however, we also found people had a lower risk of heart attacks, strokes, and heart failure.”

Being consistent with healthy foods

For the study, the researchers analyzed data from over 53,000 participants enrolled in the Danish Diet, Cancer, and Health Study.

Participants have been enrolled in the study for more than two decades and have consistently reported on their diets and medical histories throughout that time.

The results were clear: consistently consuming leafy greens yielded better heart health outcomes. Participants who ate one cup of raw, nitrate-rich vegetables per day lowered their risk of heart disease by as much as 26%.

For consumers who like to get creative with their vegetable consumption, the team found that blending leafy greens into smoothies can yield similar heart health benefits; however, they explained that the juicing process can strip the vegetables of their nutrients.

It’s important to note that surpassing one cup of raw vegetables or a half cup of cooked vegetables didn’t lead to greater health benefits.

Because of this, the researchers don’t recommend that consumers load up on leafy greens or try to add in vitamins or supplements. Instead, to get the most out of your vegetable intake, they say staying within that one-cup range is the most effective option reports Consumer Affairs.

“People don’t need to be taking supplements to boost their nitrate levels because the study showed that one cup of leafy green vegetables each day is enough to reap the benefits for heart disease,” Dr. Bondonno said. “We did not see further benefits in people who ate higher levels of nitrate-rich vegetables.”