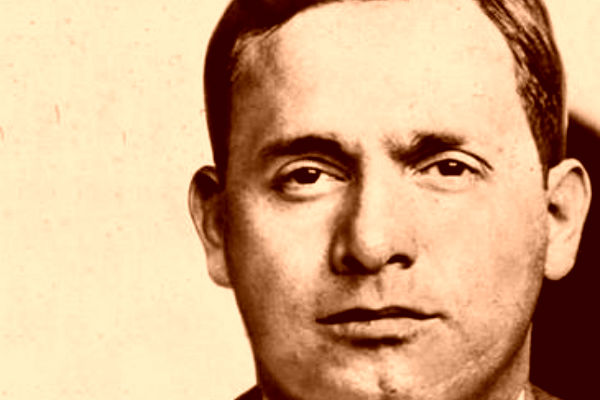 He was a founding member of the Mafia in the United States, an offshoot of the Cosa Nostra in Sicily.

From 1951 until 1967, he was the boss of the Lucchese crime family, one of the Five Families that dominate organized crime in New York City.

Lucchese was born on December 1, 1899, to Baldassarre and Francesca Lucchese in Palermo, Sicily.

The surname “Lucchese” suggests family origins from the Sicilian city of Lucca Sicula.

In early 1911, the Lucchese family emigrated to the United States, settling in Manhattan’s Italian neighborhood of East Harlem.

In early 1911, the Lucchese family emigrated to the United States, settling in Manhattan’s Italian neighborhood of East Harlem.

Lucchese worked in a machine shop until 1915 when an industrial accident amputated his right thumb and forefinger.

After his accident, Lucchese spent more time with his friends. 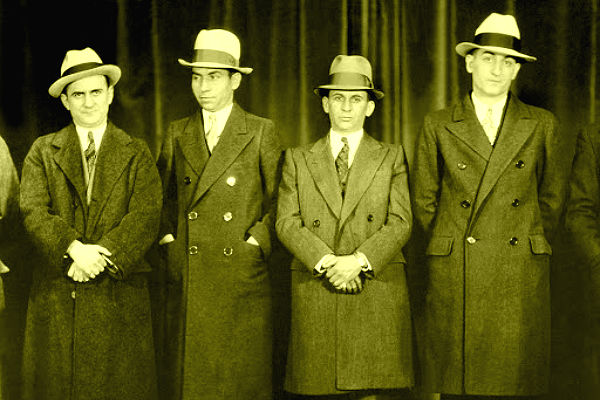 Lucchese along with Charlie “Lucky” Luciano, formed the 107th Street gang. Members of the gang stole wallets, burglarized stores, and engaged in other hustles.

By the age of eighteen, Lucchese had started a window washing company in East Harlem; anyone refusing to buy window washing would have their windows broken.

By the age of eighteen, Lucchese had started a window washing company in East Harlem; anyone refusing to buy window washing would have their windows broken.

In 1920, Lucchese was arrested in Riverhead, Long Island, on auto theft charges. During his booking, a police officer compared Lucchese’s deformed hand with that of Mordecai “Three Finger” Brown, a popular Major League Baseball pitcher.

In January 1921, Lucchese was convicted of auto theft and sentenced on March 27, 1922, to three years and nine months in prison.

Lucchese served thirteen months at Sing Sing Correctional Facility before he was paroled.

It would be Lucchese’s only conviction.

Lucchese was released from prison in 1923, three years into prohibition.

During the 1920s, Lucchese became a strong ally of Luciano’s and became a top member of Gaetano Reina’s crime family.

In August 1927, Lucchese was arrested under the alias of “Thomas Arra” and charged with receiving stolen goods.

On July 18, 1928, Lucchese was arrested along with his brother-in-law, Joseph Rosato, for the murder of Louis Cerasulo; the charges were later dropped.

In early 1931, the Castellammarese War broke out between Joe Masseria and Salvatore Maranzano. In a secret deal with Maranzano, Luciano agreed to engineer the death of his boss, Masseria, in return for receiving Masseria’s rackets and becoming Maranzano’s second-in-command.

On April 15, 1931, Luciano had lured Masseria to a meeting where he was murdered at a restaurant called Nuova Villa Tammaro on Coney Island.

While they played cards, Luciano allegedly excused himself to the bathroom, with the gunmen reportedly being Vito Genovese, Albert Anastasia, Joe Adonis, and Benjamin “Bugsy” Siegel; Ciro “The Artichoke King” Terranova drove the getaway car, but legend has it that he was too shaken up to drive away and had to be shoved out of the driver’s seat by Siegel.

Luciano took over Masseria’s family, with Genovese as his underboss.

In September 1931, Luciano and Genovese planned the murder of Salvatore Maranzano after Lucchese had previously alerted Luciano that he was marked for death, and prepared a hit team to kill Maranzano first.

On September 10, 1931, when Maranzano summoned Luciano, Genovese, and Frank Costello to a meeting at his office, they knew Maranzano would kill them there.

They had been secured with the aid of Lansky and Siegel.

Luciano subsequently created The Commission to serve as the governing body for organized crime.

Due to Luciano’s reforms, the New York City underworld entered a long period of peace.

Luciano was soon arrested in 1936 on compulsory prostitution charges and then deported in 1946.

Gagliano would keep his family during a tough time, being outnumbered in the Commission by an alliance of the Bonanno, Magaddino, Profaci and the Mangano families.

From 1932 onward, Gagliano kept a very low profile; almost nothing is known about him from then onward.

He preferred to issue his orders through close allies, particularly Lucchese, who was the family’s public face.

In 1946, Lucchese attended the mob Havana Conference in Cuba as Gagliano’s representative.

Lucchese formed an alliance with Louis Buchalter and together they controlled the garment district.

Boss of the family

In 1951, Gagliano died of natural causes. As underboss and de facto street boss for two decades, Lucchese was the obvious successor, and the family was quickly renamed the Lucchese crime family.

Lucchese became one of the most well-respected Cosa Nostra bosses of the Post-War era.

The Lucchese family came to dominate Manhattan’s garment district and the related trucking industry by gaining control of key unions and trade associations.

Alliance with Gambino and Genovese

In its filing, the government claimed that Lucchese did not reveal his entire arrest record when applying for citizenship in the 1930s.

In 1957, Lucchese and his allies decided to attack the bosses of the Luciano and Anastasia crime families to gain Commission control.

In 1957, Genovese called a national mob meeting to legitimize his control of the Luciano family. The meeting was held at the rural home of mobster Joseph “Joe the Barber” Barbara in Apalachin, New York.

Lucchese had not yet arrived in Apalachin and therefore avoided arrest. However, his consigliere Vincenzo Rao, Gambino, Genovese, and other mob leaders were detained.

Two years later, with the help of the alliance, Genovese was arrested on narcotics trafficking charges.

Genovese was convicted and sent to prison, where he died in 1969. With the alliance backing him, Gambino now controlled the Commission.

On April 8, 1958, the U.S. Supreme Court overturned the 1952 denaturalization ruling against Lucchese on a legal technicality.

However, the next day, U.S. Attorney General William P. Rogers brought a new case against Lucchese.

Over 1,000 guests attended the wedding, at which Carlo Gambino presented Lucchese with a $30,000 gift. In return, Lucchese gave Gambino a part of his rackets at Idlewild Airport (now called John F. Kennedy Airport).

Lucchese exercised control over airport management security and all the airport unions. As a team, Lucchese and Gambino now controlled the airport, the Commission, and most organized crime in New York City.

Colombo either feared for his life, or sensed an opportunity for advancement, and instead reported the plot to The Commission. The Commission, realizing that Bonanno was the real mastermind, ordered both Magliocco and Bonanno to explain.

Bonanno went into hiding in Montreal, but a badly shaken Magliocco appeared and confessed everything; he was fined $50,000 and forced into retirement. 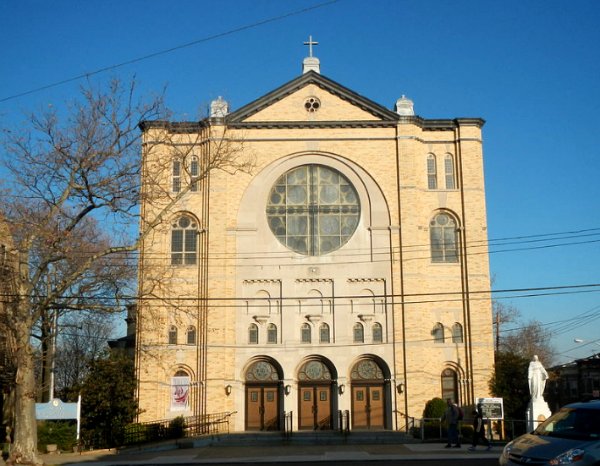 On July 13, 1967, Lucchese died of a brain tumor at his home in the Lido Beach area of Long Island.

The funeral service was held at Our Lady of the Miraculous Medal Church in Point Lookout, NY.

Lucchese is buried at Calvary Cemetery in Queens, New York.

At the time of his death, he had not spent a day in jail in 44 years.

Lucchese’s first choice as a successor had been Antonio “Tony Ducks” Corallo, but Corallo was in prison when Lucchese died.

Lucchese’s second choice, Ettore Coco, was also in legal trouble and served a short time as boss. Another possible candidate was consigliere Vincenzo Rao, but he too was dealing with criminal charges.

In the television miniseries The Gangster Chronicles, Lucchese is portrayed by Jon Polito

In Gangster Wars (1981), Lucchese is portrayed by Jon Polito.