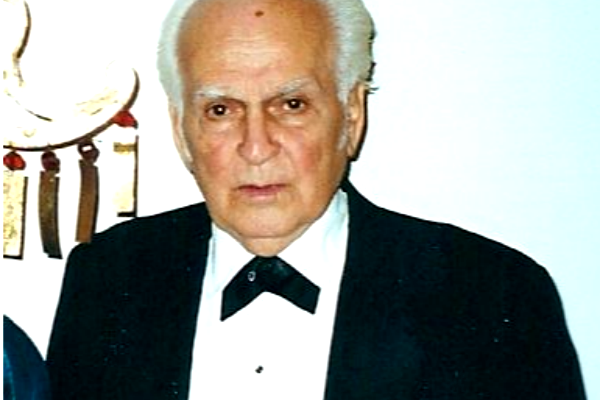 who scored Hollywood movies as well as operas, has passed aged 102.

But before his work for the silver screen, he had composed for orchestras and an opera before two decades writing for Broadway.

He was the musical director of six musicals, including Silk Stockings, Bravo Giovanni and The Boy Friend

, which starred a young Julie Andrews

Luciano Pavarotti sang under his baton in La Boheme reports our source.

His family links to the Godfather

films led to him featuring in the third installment of the franchise. Mr. Coppola was uncle to director Francis Ford Coppola

and actress Talia Shire, who played Connie Corleone, the only daughter of Mafia don Vito Corleone in the series.

Those links saw him feature on-screen in Godfather Part III

, as the unnamed conductor during the performance of Cavalleria Rusticana

in the Teatro Massimo in Palermo.

The New Yorker, raised in East Harlem, started his career with the Metropolitan Opera Children’s Chorus at the age of nine. When he turned 100, he wrote an opera about the controversial murder convictions of Italian immigrants Sacco and Vanzetti to mark the occasion.

From his beginnings in East Harlem, Mr. Coppola would go serve in the army as a bandmaster during World War Two, conductor at the world-famous Radio City Music Hal

l in New York and become director of the symphony and opera departments at Manhattan School of Music.

He was married twice and had three children: Susan, Lucia, and Bruno.