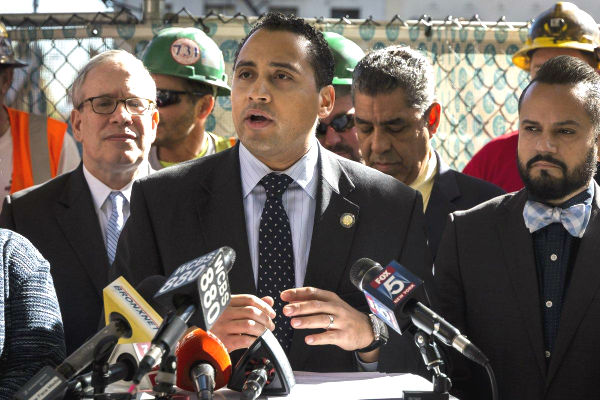 Incumbent Democrat Robert Rodriguez easily won re-election Tuesday to his State Assembly seat on the East Side of Manhattan.

Rodriguez, 44, has served in the State Assembly since 2011, representing the 68th District, which covers East Harlem and parts of the Upper East Side.

His challenger is Daby Benjamine Carreras, a Republican who previously challenged Rodriguez in 2018, getting less than 7 percent of the vote. He also ran for City Council in 2017, losing by more than 80 points to Democrat Diana Ayala.

With 90 percent of in-person voting precincts reporting as of 11:34 p.m., Rodriguez led with 89.6 percent of the vote, with Carreras trailing at 10.4 percent. NY1 called the race for Rodriguez shortly before midnight.

New York will not begin counting absentee ballots until next week.

Patch reported that Carreras’s key issues include rent stabilization, jobs, education, and helping senior citizens, according to a questionnaire he submitted to the website Ballotpedia.