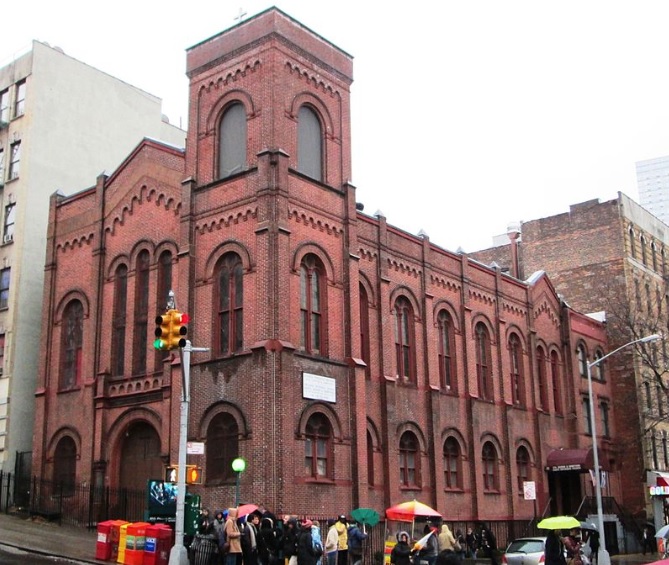 , New York. It was named for Michael James Duffy, an 1884 Tammany Hall

He continued building between Third Avenue and Lexington Avenue up to 104th Street, a section of the city known at the time as “Duffyville” and Duffy was its mayor reports the NY Times. Also, in the area was the “Duffyville Gang” who would work electoral campaigns throughout Harlem and the surrounding area.

The hill (which was called “Duffy’s Hill”) marked the site of cable car accidents by 1897, as the cars had to quickly accelerate and decelerate at this point. The New York Railways Corporation had a 24-hour guard stationed at the base of the hill at 103rd Street by 1937 to watch over streetcar incidents related to the hill.

At one time, Lexington Avenue buses would detour onto Park Avenue to avoid the hill.

The National Board of Fire Underwriters

noted that Lexington Avenue’s grade of 12.6% was the steepest of any “important localit[y]” in Manhattan.

The entrances to the 103rd Street station of the New York City Subway, served by the 6 and 6​ trains, are located at the bottom of the hill.

Photo credit: The Hellenic Orthodox Church of Sts. George and Demetrios, originally built in 1891 as the Blinn Memorial Methodist Episcopal Church, sits at the base of the hill at 103rd Street. Via Wikipedia.