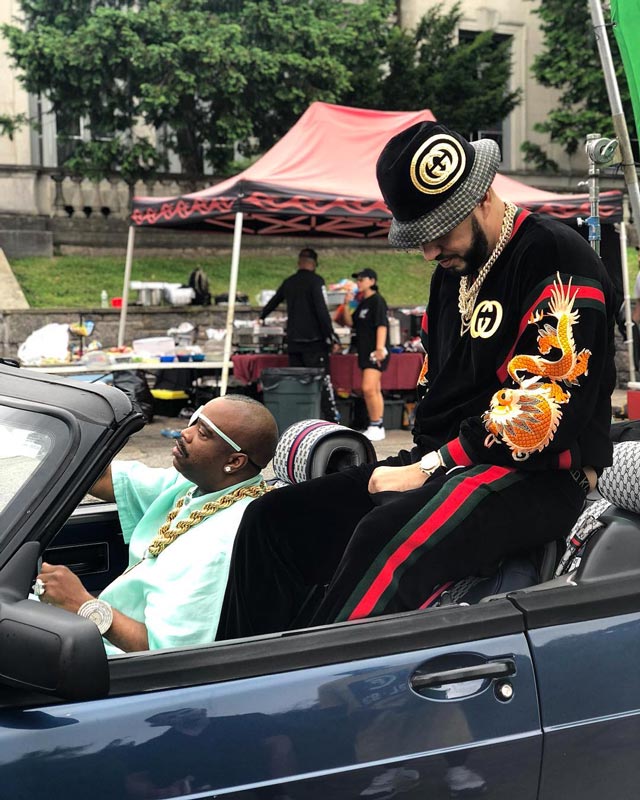 Rap It Up reports that French Montana and Drake are up to something.

After collaborating on tracks like “Pop That” and No Shopping,” the rappers have reunited for a new collaboration, reportedly produced by London On Da Track. They were recently spotted shooting a music video for the track in Harlem, according to HipHop-N-More. Harlem’s Cam’ron, Slick Rick, and legendary Harlem designer Dapper Dan were also seen on set. Drizzy rocked several massive chains around his neck, while French was draped in Gucci.

Footage from the shoot surfaced on social media. In one clip, Drake seemingly takes shots at Kanye West by referencing his popular Yeezy 350 sneakers. “I told her don’t wear no 350s around me,” raps Drizzy.