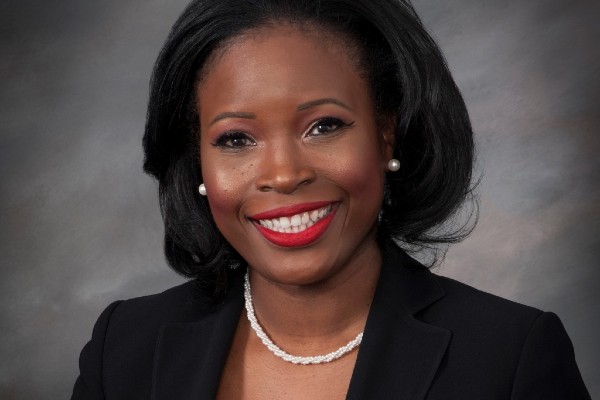 Successful recruitment of underrepresented minorities (URMs) to medical school is enhanced when prospective applicants are able to interact with minority medical students who have already overcome the barriers.

These findings are published this month in the Journal of the American Osteopathic Association, “Diversity in Osteopathic Medical School Admissions and the COMPASS Program”.

“The most valuable lessons we learned are that pathway programs serve as a vital route for matriculation,” said Dean Dady, adding, “It is not enough to simply recruit diverse candidates – the environment on campus must also mirror that diversity and provide opportunities to connect with faculty and students who can provide necessary mentorship.”

Diversification of the physician workforce is seen as crucial in reducing health care disparities and improving delivery to patients of color.

Studies have shown patients are more comfortable and have better outcomes when cared for by doctors who look like them. Also, URMs are more inclined to go into primary care and work in underserved communities.

An increasingly popular route to growing the numbers of minorities in medical school are “pathway” programs, such as the one at TouroCOM studied by the authors.

These programs have been endorsed by the American Medical Association (AMA) and others to help draw students from diverse backgrounds into medicine and achieve more diversity in the field.

According to the authors, U.S. medical school graduates in 2019 were 6.2 percent Black or African American and 5.3 percent Latino, and the competition to recruit minority students remains a challenge. TouroCOM’s inaugural class in 2007 included 19 URMs out of 135 students, or 14.1 percent.

According to the authors, U.S. medical school graduates in 2019 were 6.2 percent Black or African American and 5.3 percent Latino, and the competition to recruit minority students remains a challenge. TouroCOM’s inaugural class in 2007 included 19 URMs out of 135 students, or 14.1 percent.

A national leader in recruiting minorities – a cornerstone of its mission – TouroCOM decided to put forward a new approach to medical student involvement in the admissions process that would promote even further success.

At the time, the nationwide percentage of URM student matriculations at osteopathic medical schools was only six percent.

“I was drawn to TouroCOM in the first place because of its mission statement of increasing the number of underrepresented minorities in the medical field. I knew, with our legacy of promoting minorities in medicine, that efforts to build on the existing infrastructure would be not only welcome but successful,” said Akinsanya, who had come to TouroCOM through its master’s ‘pathway’ program and mentored Harlem high school teens in the school’s popular STEM afterschool program, ‘MedAchieve’. “COMPASS was a natural outgrowth of this work that would ensure applicants knew there was a support system in place to foster their success.”

Related:  Chancellor Kicks Off NYC Reads 365 In Harlem And Citywide

They called and emailed minority candidates and received positive responses. “Communications made them feel welcomed at, and positive about, TouroCOM-NY,” the authors state.

Through the American Association of Colleges of Osteopathic Medicine’s Application Service, invitations were sent to URM applicants to an annual event focused on answering questions about student life.

“Programs like COMPASS help prospective candidates to see themselves in their future peers while also making them more comfortable with the path. A student-led program like COMPASS that welcomes and supports applicants, allowing them to socialize with URM students, can also provide a greater understanding of the medical school’s culture,” said Dean Dady. “We recommend that all colleges of osteopathic medicine explore their current efforts to recruit prospective URM students and consider additional efforts that would be effective in their local community.”

TouroCOM master’s student Kevin Perez recognizes the value of COMPASS for students like himself.  Perez hopes to become a physician and credits his own college mentoring program with his success.

He was recruited while in high school by Montclair State University’s “Health Careers Program” and with their help, brought his GPA up from a 2.8 freshman year to a 3.5 senior year, graduating with honors and awards.

“For kids of color…[we] need at least one person to show the path. How to do things, how to work hard, how to study…what the worth ethic should look like. Show us the way and then we can do it for others.”

“I knew I wanted to do science and become a doctor but I didn’t know what the steps were, what classes to take or what to major in. With their advising, tutorial services, and guidance – even down to how to register for the MCAT – it changed my life,” said Perez, “For kids of color…[we] need at least one person to show the path. How to do things, how to work hard, how to study…what the worth ethic should look like. Show us the way and then we can do it for others.”