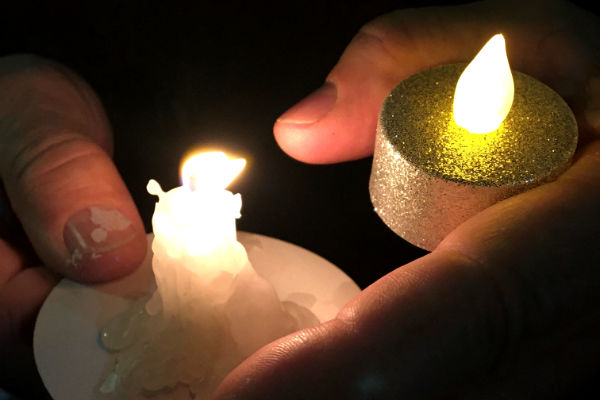 Students, faculty, staff, administrators and other community members came out for the vigil. It was held outside the schools’ entrance, formerly the site of Blumstein’s Department Store, wherein 1958 Dr. King was stabbed in the chest with a letter opener while signing his first book, “Stride Toward Freedom

.” Dr. King was taken to Harlem Hospital, where doctors removed the letter opener and saved his life. 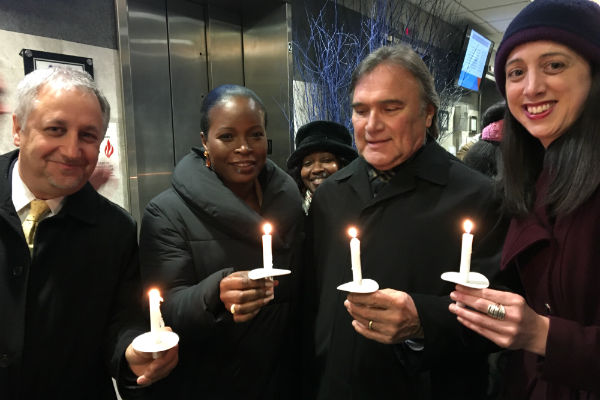 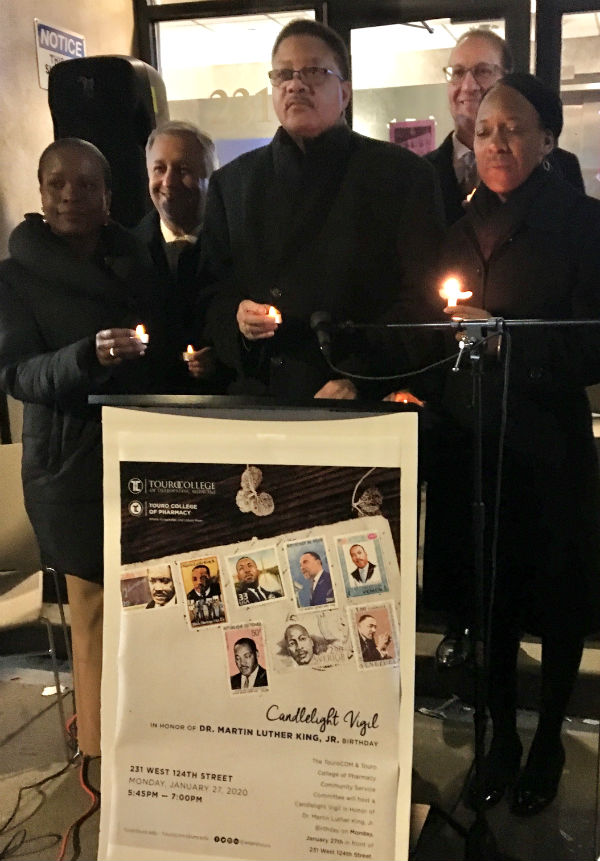 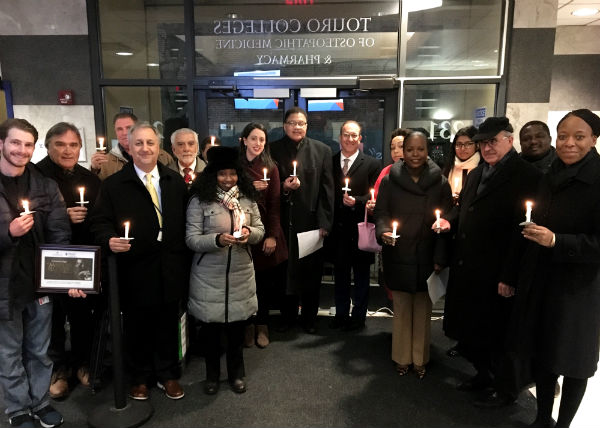 Geoffrey Eaton, Director of Community Affairs & Diversity for the medical and pharmacy schools opened and closed the event. Justice Sweeting read from a famous letter Dr. King wrote in 1963 while in solitary confinement in the Birmingham City Jail for civil disobedience,

“I was separated from everyone…No one was permitted to visit me, not even lawyers. ..You will never know the meaning of utter darkness until you have lain in such a dungeon, knowing that sunlight is streaming overhead and still seeing only darkness below…I could not see the light.”

Justice Sweeting said the group’s candles represented “the light of Dr. King, [a] glow of hope he experienced that remains burning deep within us. Everyone here has dedicated themselves to holding up that light.”