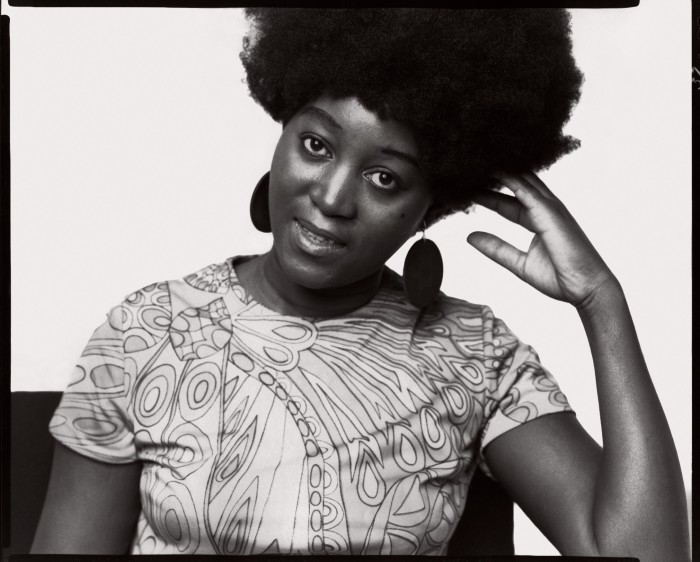 Dorothy Pitman Hughes was born in 1938 in Lumpkin, Georgia. When Dorothy was ten years old, her father was beaten and left for dead on the family’s doorstep; the family believes it to be a crime committed by Ku Klux Klan members.

Pitman Hughes decided as a child in reaction to her family’s experiences she would devote her life to improving the circumstances of people through activism.

Pitman Hughes moved from Georgia to Harlem, New York in 1957. Through the 1960s in New York, she worked as a salesperson, house cleaner, and nightclub singer.

She began her activism by raising bail money for civil rights protesters.

In the late 1960s, needing care for her own children (by 1970, she had three daughters) Pitman Hughes organized a multiracial cooperative daycare center on the West Side, the West 80th Community Childcare Center, which would be profiled by New York Magazine columnist, Gloria Steinem.

Pitman Hughes and Steinem became friends, with Pitman Hughes encouraging Steinem to begin speaking in public with her about the Women’s Movement.

The two of them traveled around the country for two years, sharing the stage. Based on the publicity the duo received, Pitman Hughes encouraged Steinem to found a female-operated media source, Ms. Magazine.

Pitman Hughes organized the first shelter for battered women in New York City and co-founded the New York City Agency for Child Development, pioneering child-care and noting that “too many women were being forced to leave their children home alone while they worked to feed their families”.

The two women toured together speaking about race, class and gender throughout the 1970s. 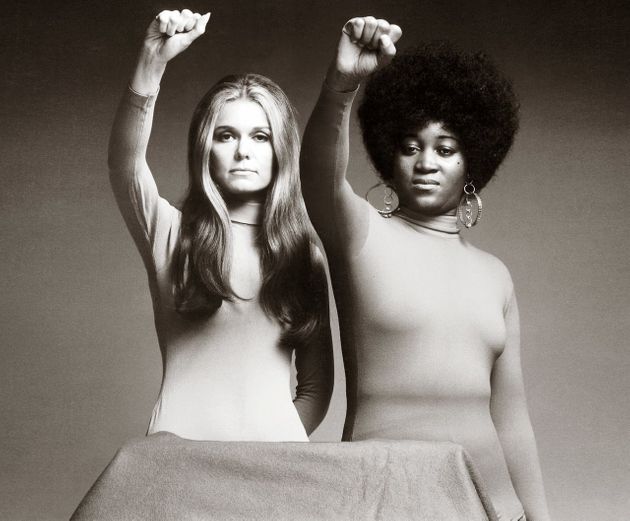 Pitman Hughes and Steinem are pictured together in an iconic black and white photograph, now part of the National Portrait Gallery collection, Smithsonian Institution, Washington D.C.

Taken by photographer Dan Wynn for Esquire Magazine and published in October 1971, Wynn captured Steinem and Pitman Hughes signaling their feminist solidarity by raising their fists in the raised-fist salute first popularized by members of the Black Power movement.

Pitman Hughes noted the unlikely nature of their friendship at the time, admitting the terror she felt of being seen in public with a white woman in her hometown of Lumpkin, Georgia when Steinem would visit.

In 1972, Pitman Hughes was a signer of the Ms. campaign “We Have Had Abortions” which called for an end to “archaic laws” limiting reproductive freedom, they encouraged women to share their stories and take action.

In 1997 Pitman Hughes became the first African-American woman to own an office supply/copy center, Harlem Office Supply, Inc., and to become a member of the Stationers Association of New York (SANY).

In May 1997, Pitman Hughes began to offer HOS stock at $1.00 a share to individuals, corporations, partnerships and non-profit organizations focused on African-American children.

She wrote about her experiences in Wake Up and Smell the Dollars! (2000), advocating small business ownership to other African Americans as a form of empowerment.

Pitman Hughes was involved in the Upper Manhattan Empowerment Zone (UMEZ), a federal program instituted by the Clinton administration in 1994 designating $300 million of federal, state, and city money for the economic development of Harlem.

Pitman Hughes was part of the research team that created the Business Resource and Investment Service Center (BRISC), which focused on the development of small, locally owned businesses in Harlem.

“Some are convinced that empowering large corporations to provide low paying jobs for our residents will bring economic empowerment to the community…. [But] without African-American ownership, there is ultimately no local empowerment” stated Pitman Hughes, believing BRISC’s resources were being unevenly distributed among small businesses in Harlem. Pitman Hughes later wrote Just Saying…

It Looks Like Ethnic Cleansing (The Gentrification of Harlem) providing advice to African American business owners who might want to utilize similar government programs such as the JOBS Act, signed into law by U.S. President Barack Obama in 2012.

Pitman Hughes and Steinem spoke again in 2008 at Eckerd College where they reenacted their raised fist pose together.

Steinem has partnered in Pitman Hughes’ efforts in the Northside community of Jacksonville, Florida to combat hunger with community gardens, by appearing as a speaker and funding support.

Pitman Hughes is the mother of three daughters, and is the aunt of actress Gabourey Sidibe.

Janelle Monaé portrayed Pitman Hughes in the 2020 film The Glorias.