Domestic Vs. Foreign Cars: What Are The Differences? 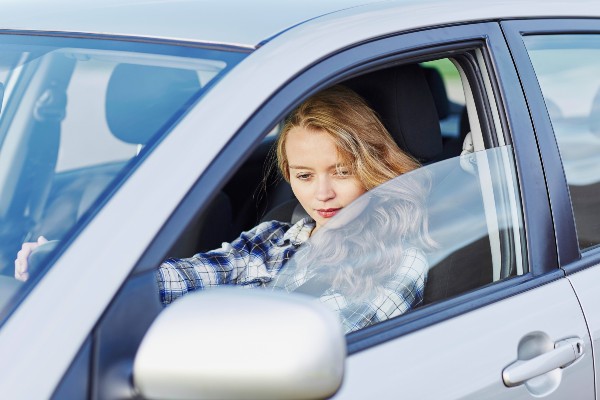 When you’re thinking about buying a car, one of the decisions you might be weighing is the differences between a domestic versus a foreign vehicle.

From the industrial manufacturing process and how the components of the vehicle are made to the reliability and maintenance, the following are some notable things to compare and contrast domestic and foreign cars.

Before going into more specific details, there are a few things to know when weighing a domestic or foreign car.

First, there is a federal law called the American Automobile Labeling Act or AALA. It requires that carmakers disclose the percentage of parts that are American-made when a vehicle is sold. There was a report by the National Highway Traffic and Safety Administration that found there were no entirely American-made vehicles on the market in2019.

A lot of American carmakers will operate parts of their manufacturing overseas, and then foreign companies have factories in the U.S. That blurs the lines as far as whether or not a car might be considered domestic if parts were made in Mexico, or if a car counts as domestic if it’s a foreign brand but it was made in America.

There are a lot of brands like Volkswagen that are based business-wise overseas, but they build the cars in the U.S. with American labor.

With those factors in mind, a lot of the distinction between foreign or domestic is made with a focus on the philosophy of the company.

For example, U.S. manufacturers often focus more on trucks and SUVs, while foreign companies might produce more sedans and crossovers, with an emphasis on reliability and efficiency.

What Are the Upsides of a U.S.-Made Car?

Again, while there is no such thing as a car made entirely in the U.S., if you’re going with an American brand, there are some upsides to doing so.

A domestic car, based on the current landscape, is usually one with a transmission and engine made domestically and final assembly that happens in the U.S. Around 70% of parts should be made in the U.S. to really consider it an American-made car.

The pros, when following these standards, include:

Of course, there are some downsides to making sure you’re aware of before you buy an American-made car.

The Cons of American-Made Vehicle

If you get an American-made car, you should know that they do tend to get mediocre ratings in many ways.

For example, Consumer Reports publishes an Auto Survey annually, and they rank vehicles based on factors like road tests, reliability, and owner satisfaction. Domestic brands tend to struggle in these rankings.

Historically speaking, American cars are known as being less reliable than some foreign cars. The most reliable cars are often from Japan. That means that while repairing an American car may be cheaper and easier, you might also find that you’re doing it more often, and you might have to replace an American car sooner.

If you want a sedan, you’re probably going to have a harder time finding an American-made option. Most car manufacturers that are U.S.-based focus on trucks and SUVs. For example, as much as 84% of GM’s sales in the U.S. are SUVs and trucks.

The Pros and Cons of Buying Foreign

Most of the highest-rated vehicles are foreign-made, so if you value scores from consumers and performance ratings, you may end up going with a foreign option.

The most reliable cars are usually made in Japan, so that could preserve your resale value, and you might spend less on repairs.

Cars made in Asia are usually cheaper than other options. For example, at the end of 2018, the cost of Asian cars was around $10,000 less than the average price of American cars.

What about the downsides of a foreign car?

Some aren’t known for their performance. There’s a lot of variance in performance rankings for foreign cars, and while some rise to the top, others come in at the bottom.

If you need maintenance or parts, you might face challenges with a foreign vehicle. They can be more expensive and harder to get.

You’re also not supporting American workers when you buy a foreign car.

As you decide which is better—foreign or domestic, you have to think about a few key things. First, what type of vehicle do you want?

If you want a truck, going with an American-made option may be best, while your options are limited for American sedans. There are car loans that are available and fast to buy a car no matter whether but it is the state or in Asia.

Another big thing to think about is how much you might be willing to put into maintenance and parts if necessary and how soon you might have to replace a car, based on reliability ratings.

The more important factor than the car company itself is often the vehicle model, so that’s going to guide your decision significantly.