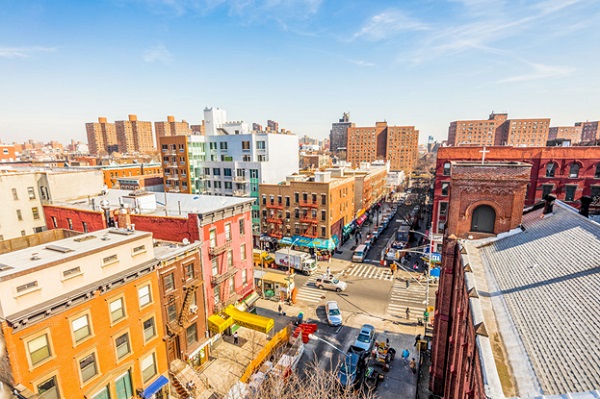 Older New Yorkers of color are more threatened by gentrification, more likely to skip prescription medications because of cost, more burdened by utility bills, and more financially squeezed by the responsibilities of family caregiving than older White New Yorkers.

That’s the takeaway from Disrupting Disparities 2.0, Solutions for New Yorkers Age 50+, the second phase of a multi-year initiative by AARP New York, the Asian American Federation, the Hispanic Federation, the NAACP of New York and the New York Urban League, examines disparities impacting New Yorkers of color 50+ in the areas of health, economic security and livability.

AARP and its partner groups released Disrupt Disparities 2.0, a conglomeration of research into gentrification, prescription drug affordability, and family caregiving and utility costs, at a media luncheon today at the Yale Club featuring Assembly Members Yu-Line Niou and Robert Rodriguez of Manhattan.

“Whether it’s housing, prescription drugs, utilities or caring for a loved one, older New Yorkers of color face longer odds when it comes to affordability and access,” said AARP New York State Director Beth Finkel. “We’ve made significant progress since we launched ‘Disrupt Disparities’ in 2018, but ‘Disrupt Disparities 2.0’ shows we need to do more to level the playing field so all New Yorkers have equal opportunities.”

“Most striking among the findings is the dearth of data about the Asian American community on key topics like housing, utilities and caregiving,” said Asian American Federation Executive Director Jo-Ann Yoo.

“The initial Disrupt Disparities reports drove significant changes in state policies that will improve the lives of New York’s Hispanic population,” said Hispanic Federation President & CEO Frankie Miranda. “Together with AARP, we are excited to build on those early successes through this new research and policy ideas.”

“As the heroes of the Civil Rights Movement showed us, progress comes – sometimes quickly and dramatically, but more often through tough, unglamorous, incremental policy work,” said NAACP New York President Hazel Dukes. “The time to get to work is long past, and we stand proudly with AARP to support New York’s 50+ people of color.”

“People of color 50 and older experience stark disparities across their health, homes and neighborhoods, particularly in New York’s urban centers,” said New York Urban League President Arva Rice. “We are proud of what this initiative has already accomplished, and look forward to implementing more policy changes to close the gaps and ensure equality for all, regardless of race or ethnicity.”

“While some progress has been made, we have much work to do to break the equity barriers that older adults who are black or of color face in health, economic security, and livability,” said Assembly Member Robert Rodriguez of East Harlem.

“The research conducted by AARP and its partner organizations documents the tremendous barriers facing our communities in affording basic needs like prescription drugs, housing, and utilities,” said Assemblymember Yuh-Line Niou. “It is incredibly important that we address the needs in our community. We need to continue focusing on collecting more in-depth data and translating the data into actionable policy and budgetary priorities. As shown in the research, gentrification is a major factor in the displacement of adults above the age of 50. We need to ensure that services like Settlement Houses and Naturally Occurring Retirement Communities are fully funded and expanded to continue to serve our seniors. Thank you to AARP, the Hispanic Federation, NAACP, Urban League, and the Asian American Federation, for undergoing this detailed project and presenting it to us to deepen our understanding of the needs in our community.”

The top findings of Disrupt Disparities 2.0 by area are as follows:

In response, AARP and its partners are urging the state to:

Governor Andrew Cuomo has included key prescription drug cost proposals in his 2020 agenda, and key legislation has been introduced in Albany.

AARP is urging the state to enact a caregiver tax credit to provide family caregivers some financial relief by allowing them to claim as much as half the total they spend on caregiving. AARP is also pushing for a $13.5 million increase this year in state funding for home-delivered meals, which provide support and respite for family caregivers.

AARP and the Asian American Federation urge increased use of internet-based panel surveys, where a random sample of people are recruited to complete surveys over time. That could lead to more detailed study of the community and the cost could be amortized across multiple surveys to drive down expenses.

AARP is the nation’s largest nonprofit, nonpartisan organization dedicated to empowering people 50 and older to choose how they live as they age. With a nationwide presence and nearly 38 million members, AARP strengthens communities and advocates for what matters most to families: health security, financial stability and personal fulfillment. AARP also produces the nation’s largest circulation publications: AARP The Magazine and AARP Bulletin. To learn more, visit www.aarp.org or follow @AARP and @AARPadvocates on social media.

The Asian American Federation works to raise the influence and well-being of the pan-Asian American community through research, policy advocacy, public awareness, and organizational development. Established in 1989, AAF supports over 40 Asian American community service agencies, which work to meet the critical needs of the fastest-growing population in New York City. For more information, please visit www.aafederation.org.