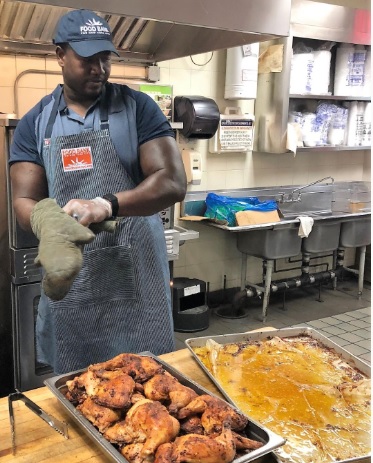 Some people try to forget the hard times they experience in life; not New York Jets offensive tackle 29-years old Kelvin Beachum. As a youth in Mexia, Texas, a small city with a population less than 7,500 his grandparents and parents received food stamps and relied on food pantries to feed the family. Kelvin played offensive left tackle at Southern Methodist University (SMU) in Dallas and the Pittsburgh Steelers selected him in the seventh round (248th overall) of the 2012 NFL Draft. On March 10, 2017, the New York Jets signed Beachum to a three-year, $24 million contract that includes $12 million guaranteed and a signing bonus of $4.5 million.

The awesome thing about Kelvin is cheerfully gives, starting with his loved ones; I personally watched the 2017 episode of the HGTV program Fixer Upper, in which he helped his parents renovate a $130,000 new house by giving them an extra $100,000 for their renovation budget. My reaction was, “Oh, what a beautiful gesture of love towards his parents.”

On Tuesday, October 16th, 2018 which was World Food Day, I discovered Kelvin also extends his generosity to people who are experiencing food shortages like his family did; he wants to do what he can to feed people and end hunger. He didn’t let the hard times of his family’s past define his future and he’s made it his personal mission to give back some of his time, his talents and his money. I walked into the Food Bank of New York City’s location in West Harlem located at 252 West 116th Street to see this 6’3” young man working as a volunteer in the kitchen helping to prepare lunch for the senior citizens sitting in the dining cafeteria. The aroma of the perfectly baked chicken legs and thighs and roasted broccoli florets I smelled made me want to go in the dining room and join the folks waiting to be served.

For World Food Day Kelvin and his family (wife and two kids) personally donated $5,000 for the day and he enlisted his teammates to contribute; he tweeted the challenge out in New York by pledging to double his donation if they match his support. The team’s offensive line unit donated another $3,500 which helped New York smash the goal (so Kelvin donated $10,000). He also held similar challenges in Texas, Florida and Pennsylvania; Central Texas and Northeast Florida matched. He did hit his goal of donating $70,000 which will provide 327,000 meals. 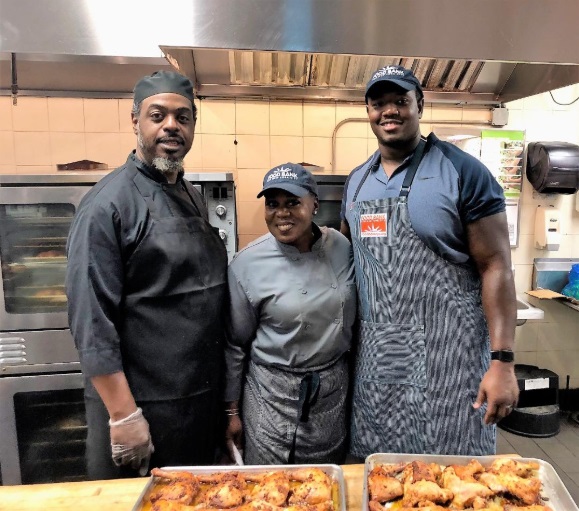 While at the Food Bank location in West Harlem which he also visited last year, Kelvin worked alongside Sheri Jefferson, Culinary Manager for 4 years and Jerome Brown, Kitchen Assistant (and 2nd in command) for the last year and a half along with other volunteers. The facility’s proper name is Community Kitchen and Food Pantry of West Harlem, serves about 12,000 people per month and it has three distinct components to it as described to me by Dr. Camesha Grant, VP, Community Connections and Reach and Sultana Ocasio, Director, Community Kitchen, and Pantry. They are as follows:

In addition, the seniors have craft classes, recreational outings and wellness workshops with the center’s community nutritionist. The center assists people who struggle to afford food at the Benefit Access office to see if they qualify for SNAP (formerly food stamps) and well as provide free tax preparation services during tax season is you are income eligible.

I personally have sent people in need of assistance to the center for a hot meal and for their food pantry services that have stopped by my church looking for help. I’ll be returning to the center this summer to help Chef Sheri, Jerome, and the other volunteers because I love to cook and see people enjoy the meals prepared with love. Volunteers are always welcome and needed; they will train you.

Stop by the center or go online here 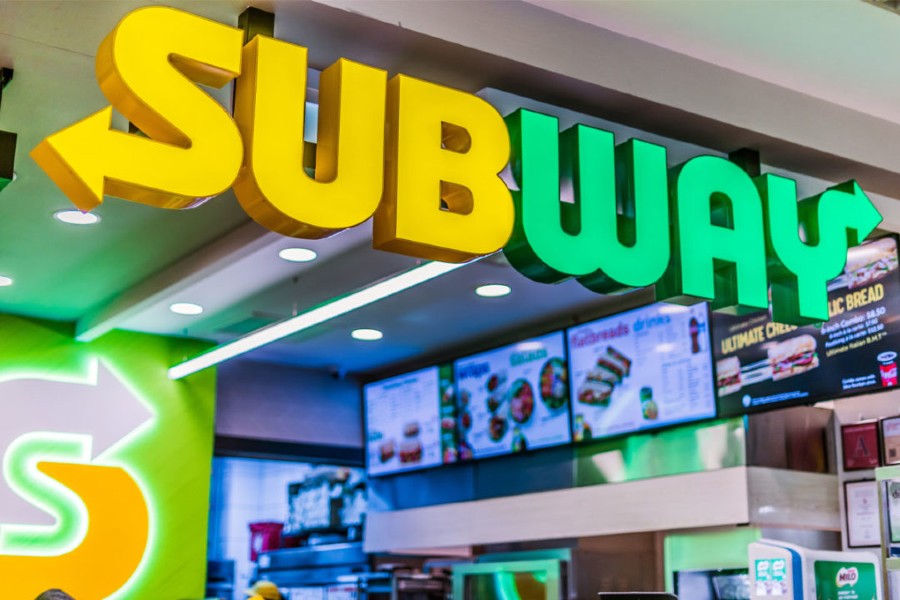 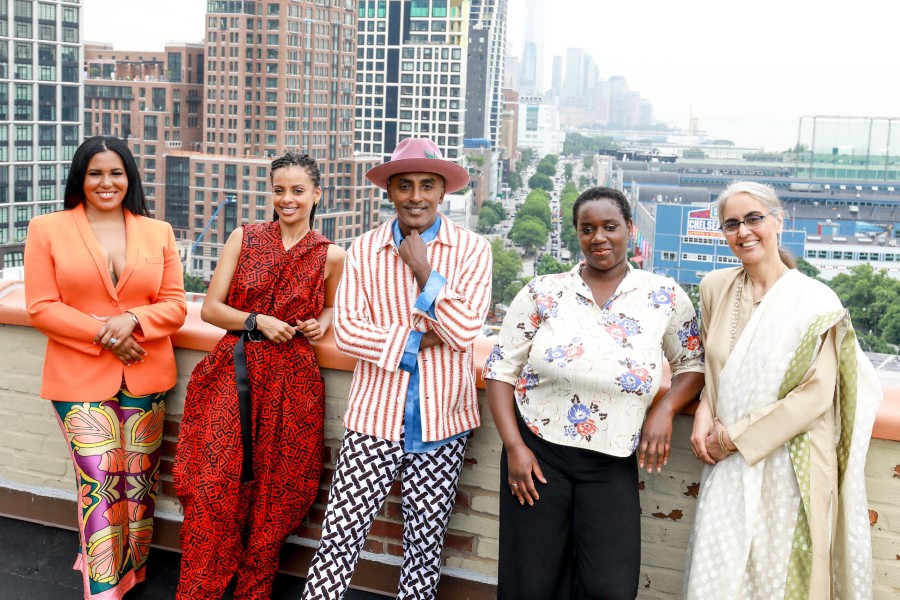 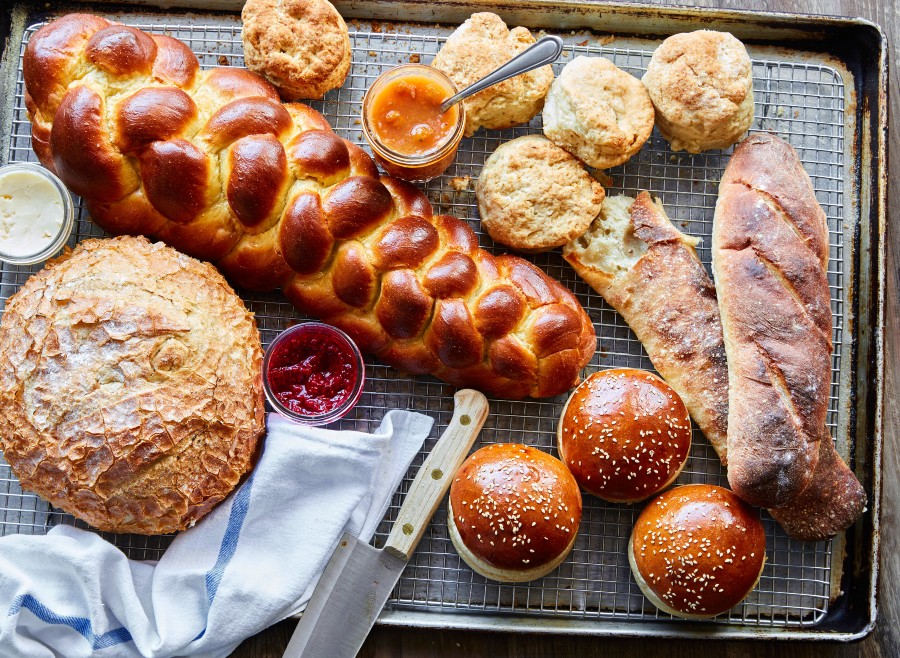