Dining With Miss Lil: Harlem Week 2019 Was In Full Swing 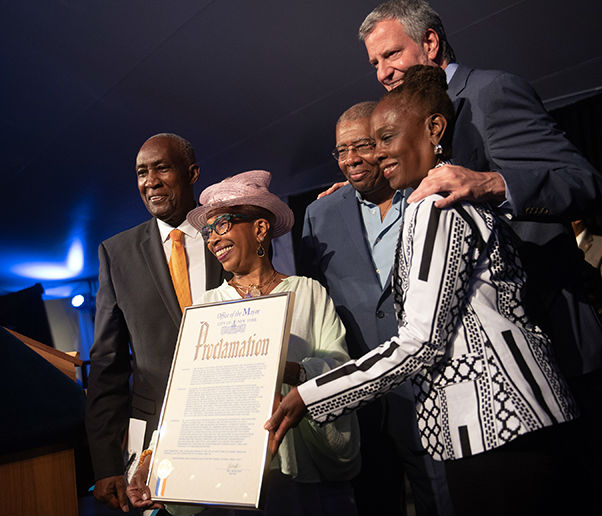 On Wednesday, July 18th, 2018 New York City Mayor Bill de Blasio stated, “You have provided proof to me that Harlem maybe a few blocks farther north, but tonight Gracie Mansion is Harlem.  Tonight, we gather to celebrate an amazing community.  I don’t know why it’s called Harlem Week; it should be Harlem Month.  At this moment in history, there is so much negativity and divisiveness, but we need to look at the rich history of Harlem for direction.  Harlem as a community has displayed a form of noble resistance for generations.  The people, culture and history make Harlem great.”

Lloyd Williams, CEO of the Greater Harlem Chamber of Commerce (“GHCC”) came to the stage to accept a proclamation from the mayor that declared the day as GHCC Day.  This year Harlem Week festivities ran from Sunday, July 28th, 2019 through Saturday, August 31st, 2019.

This year’s theme was “Our Local History Creates a Global Impact,” because no neighborhood has impacted the world like Harlem.    In the 45th year of celebrating Harlem, GHCC is acknowledging 45 icons – artists, activists and institutions that truly embody the Harlem spirit.  From the music and literature from 100 years ago during the Harlem Renaissance to the 1960s civil rights movement to our recent resurgence as a culinary mecca; what happens in Harlem resonates around the world.  GHCC had more than 100 events this year according to organizers.

During those 8 hours spectators were treated to an International Showcase with dancers and singers from near and far, the gospel caravan that included Rev. Hezekiah Walker and Kirk Franklin, Fashion Fusion which included a fashion segment coordinated by Harlem’s The Brownstone boutique owner Princess Jenkins.  The evening’s finale always concludes with “A Concert Under the Stars” performed by Harlem’s own Ray Chew and The Harlem Music Festival All-Star Band with a host of vocalists assembled by Ray Chew.

The New York City Economic Development Day was held on Columbia University’s Alfred Lerner Hall on Thursday, August 8th, 2019 as it does every year.  The theme for this year’s business/development summit was “Business Preparedness: Opportunities are Knocking – What’s Going on in the Community; City, State, and Corporate Arenas,” to enlighten attendees.  The business and health summits from 9:30 am until 11:30 am with a light, continental breakfast provided for attendees. 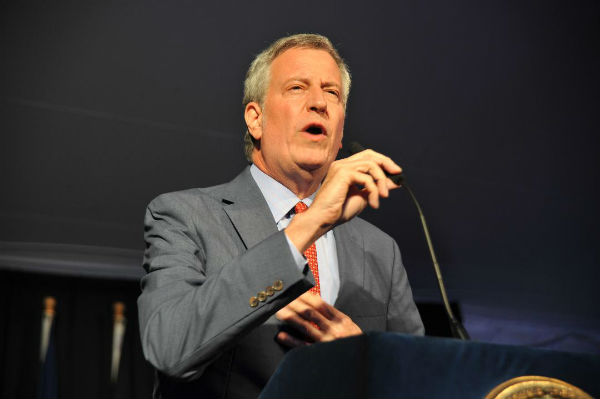 This year’s Basil A. Paterson Awards Luncheon was emceed by Dr. Bob Lee of WBLS.FM. The 2019 Basil A. Paterson Award was presented to Mayor David N. Dickens (who was feeling under the weather), so Congressman Charles B. Rangel accepted the award on his behalf.  The Honorable H. Carl McCall was presented with the Citi Bank Founders Award (who was also unable to attend), and New York City Council Speaker Corey Johnson received the HARLEM WEEK Pride 50 Award.  2019 HARLEM WEEK Scholarship Grants were also awarded.

A new collaboration was created this year titled, “From Memphis to Harlem: Celebrating a New Century of Soul,” which ran from Monday, August 12th to Sunday, August 18th, 2019.  The two cities have a shared love for soul, music and food so musicians and chefs from both cities came together over the seven days  and it began with a Taste of Memphis at Sylvia’s Also as well as the showing of the movie “If Beale Street Could Talk” on the great lawn of St. Nicholas Park as part of ImageNation Film Festival on Saturday, August 17th as part of “Summer in the City” events on 135th Street.

The second new collaboration with the West Harlem Development Corporation was created this year titled the Harlem Jazz & Music Festival which ran from Saturday, August 24th, 2019 to Saturday, August 31st, 2019 at various venues over the eight days.

The annual Percy Sutton Harlem 5K Run and Health Walk & Children’s Run, Harlem Week’s largest sporting event took place on Saturday, August 24th, 2019 from 8 am to 12 pm and it offered runners a leg up on qualifying for the TCS New York City Marathon, along with a gorgeous tour of Harlem, with a route looping St. Nicholas Park and coursing through the City College of New York. 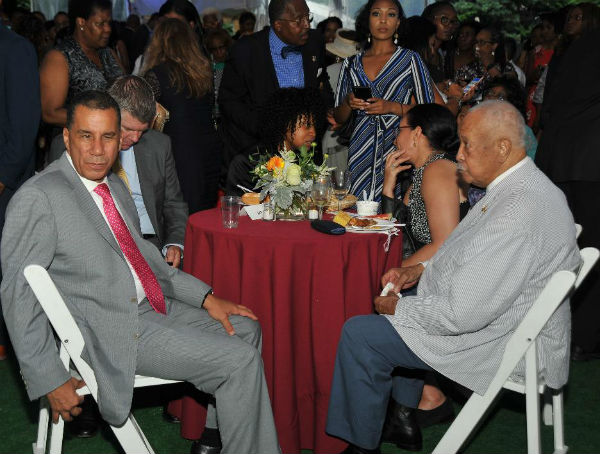 All Photos by Rudy Collins except the last one was taken from Harlem Week website.