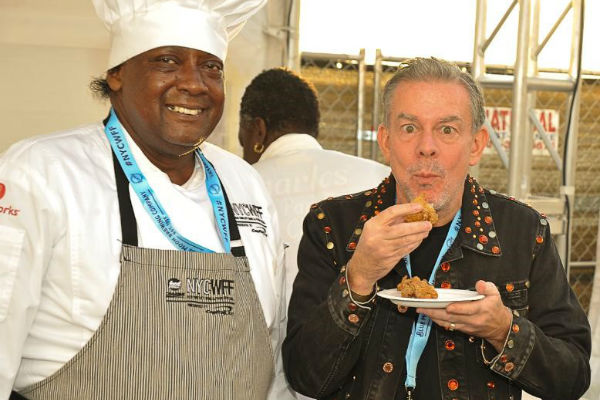 Harlem restaurant owner Charles Gabriel of Charles’ Pan-Fried Chicken, Inc. was invited to be one of twenty-five food establishments to participate in the opening event of the 2019 New York City Wine and Food Festival (NYCWFF).

Normally the food is cooked at the restaurant and transported to the festival site.  At this event, they requested that Chef Charles Gabriel fry his chicken live during the event and bring the side dishes cooked in advance.  For his menu Chef Charles chose to serve fried chicken, baked macaroni and cheese and stewed okra medley of okra, corn and tomatoes.  The festival instructed each food establishment to make sure they came with at least 1,500 3 oz. portions.

Unlike other food festivals that I attend as a member of the media, I had the privilege to work this event as a member of Chef Charles Gabriel culinary staff.  I’ve been assisting him with his paperwork in his restaurant and handling his email account for the past three years.

Related:  Farm Fresh Dishes For The Fourth Of July

Preparation for an undertaking like this starts weeks in advance with purchasing the food ingredients, seasonings and such.  Chef Charles arrived at the restaurant early the morning of the event to prepare the side dishes, prep and season the chicken he would fry at Pier 97, as well as cook the food that would be served at his restaurant that day.

Chef Cherelle Cuthkelvin and I, who were Chef Charles culinary assistants when he served up 2,400 portions at the 2018 Saturday Grand Tasting at Pier 94 teamed up again this year to assist him.  The festival also gave provided us a culinary volunteer, named Natasha as well. 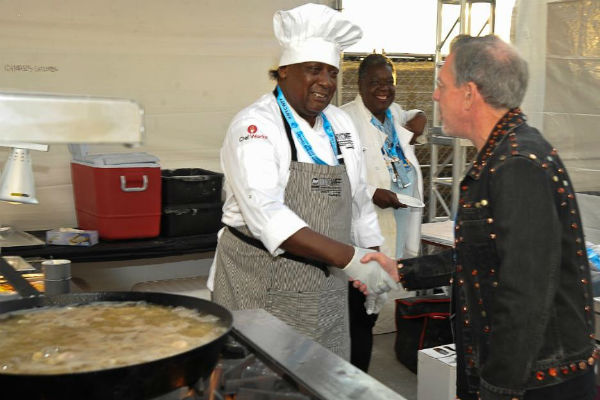 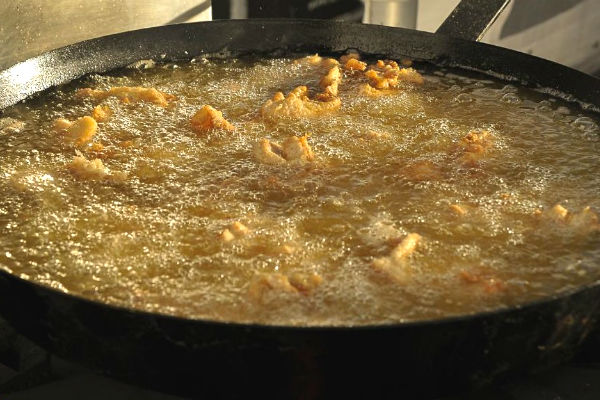 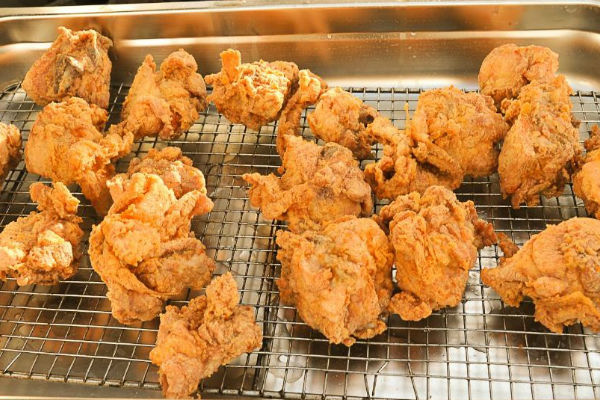 Before the guests were let in Elvis Duran personally went around to every restaurant’s station to personally thank each team for donating their time, skills, and food to the event.  When he came to where Chef Charles was located, a fresh batch of fried chicken was ready and when Elvin tasted it, he opened his eyes wide and savored each bite; he was in fried chicken nirvana.

Then this very distinguished looking gentleman walked up to me and said, “I’m looking for Charles’ Pan-Fried Chicken because I’m in the mood for some really good fried chicken.”  As we walked to where Chef Charles was frying the chicken outside, I told him, “Your face looks familiar and I know that you’re in the restaurant business; what’s your name?”  He replied, “My name is Drew Nieporent.”  I told him, “Say no more, I know who you are, and I’m honored that you came looking for Charles’ fried chicken.”  I introduced him to Chef Charles, and they chatted briefly as I put several pieces of fried chicken together for him.

Over the next three hours, we served up the menu to an unending line of people.  Everyone was amazed that the chicken was hot out of the frying pan and so delicious.  We ran out of the stewed okra first, then the baked macaroni and cheese and finally the fried chicken around 9:35 pm.

I called our ride around 9 pm to come to pick us up, and Chef Charles wanted me to extend a public thanks to Samuel Brimmage for helping him to pack up the food to get to Pier 97 and for picking us up and driving us back to the restaurant.  Chef Charles showed up and showed out representing the village of Harlem that evening.