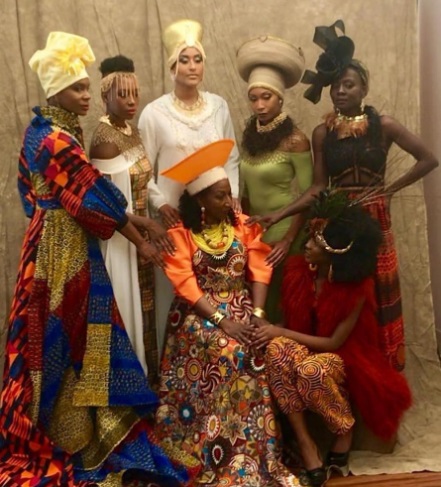 Every year for the last seven years Harriet Rosebud Hats puts on the Great American Hat Show to showcase Harriet Rosebud’s hat creations and each year she picks a different theme.

This was my second year attending and this is not just another hat show where a bunch of models parades around with hats on their heads. Harriet Rosebud and her team put on an EXTRAVAGANZA. The theme for the 2019 show was AFRIKON FOREVER and was held on Saturday, April 27th, 2019 at The Watson Hotel located at 440 West 57th Street in between 9th and 10th Avenues. 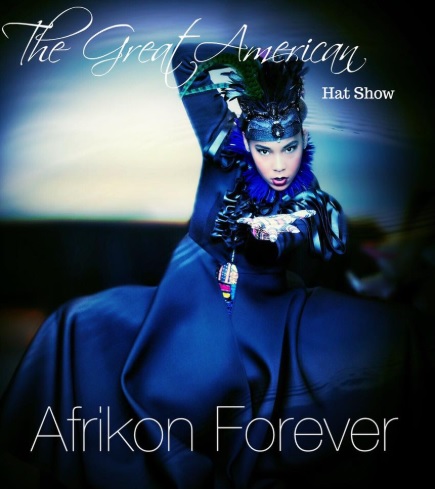 master classes running 45 minutes each were offered before the hat show: Finding You: Beauty Secrets from the Motherland with Pam Reeves from 10 am to 10:45 am, Five Queens of Africa narrated by Ron Caldwell from 11 am to 11:45 am and Making Fascinators using traditional African findings taught by Harriet Rosebud 12 pm to 12:45 pm. Lady Dr. Sheila Elliot, leading lady at Antioch Baptist Church of Hempstead, NY was introduced as the New Face of Rosebud New York for 2019. The annual show attracts many out of town visitors that come by car, charter buses and air; hat milliner extraordinaire Harriet Rosebud is eager to make the trip worthwhile for all.

The doors to the International Market Place for shopping opens at 12 Noon, while the hat show begins at 2 pm. Harriet was inspired by the Black Panther

movie, but she and her team took it to a higher level. The program is really a theatrical production linking Africa’s past, present and future. The production had two acts broken up by an intermission; four scenes in Act 1 and three scenes in Act 2. The seven scenes were: 1 – Saving Planet A, 2 – The five Queens of Africa, 3 – Mineral X, 4 – Fashions of Princess Jenkins at The Brownstone, 5 – Men’s Wear Designer Larry Underwood “When We Were Kings” fashions, 6- Beautiful Cat People wearing designs of John Ashford Shoes and 7 – Afrikon Forever. 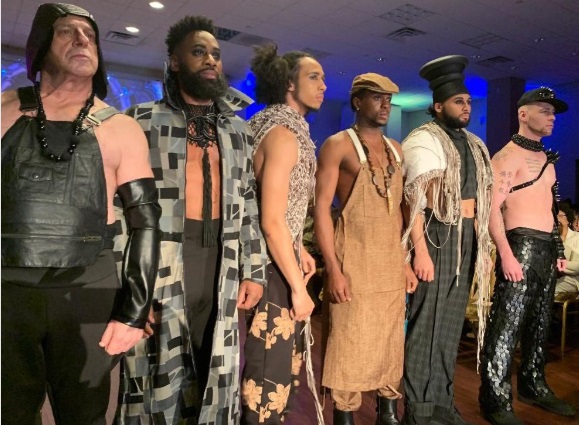 Harriet Rosebud Hats designed all headwear except those worn in scene 5, Larry Underwood designed the men’s headwear. Tina Lee Jones served as host, greeting and talking with guests as they arrived before the show began and scene 2 narrator Harriet Rosetta Smith transformed her being into an African village elder providing a granddaughter with an oral history on the Five Queens of Africa. “It was every bit a scene from the movie, Coming to America,” stated Hazel.

The Five Queens of Africa (of many) the production touched on were:

Harriet Rosebud stated, “Hazel took us back to Africa and I was so emotional and proud of how she represented us. That was original music in the background to Hazels voice.”
Scene 4 Fashions of Princess Jenkins at the Brownstone upped the tempo of the show and the “swag” of the female models walking to the tune I Love Me. The models had such a pep to their steps and twirls in the colorful outfits that were in orange and fuchsia. Visions of springtime were in my head as the strutted to and from. 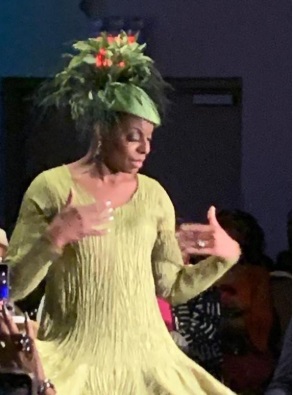 Scene 5 opened Act 2 after the intermission and it was all about men and masculinity. You could see their interest level pick up on the faces of the men that ventured to the show with their respective ladies. Designer Larry Underwood truly showcased his talents with the When We Were Kings

scene. The male models had a certain kind of “swag” in their walk, poses and stares in conjunction with their outfits they could represent kings and warriors from past, present or from future. 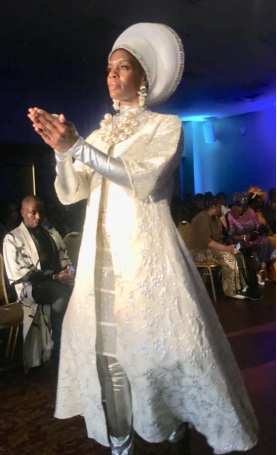 Now the thing about Harriet Rosebud Hats is you can pick out one of her hats to build an outfit around from head to toe or to set off an outfit you already own that’s missing the “ta-da” factor. Either way, when you walk into a room people will take a good look at you if you put your ensemble together just right.

The Kentucky Derby celebrations took place on Saturday, May 4th around the country. Mother’s Day is coming on Sunday, May 12th, 2019. Go to Harriet Rosebud Hats’ website www.harrietrosebudhats.com and check out the world’s largest hat shop. It’s time for new hats for one of my church ministries. I plan on gathering the ladies around the computer at church to pick out our new hat amongst her offerings. I’m looking forward to seeing the look on everyone’s faces when we walk in as a ministry.