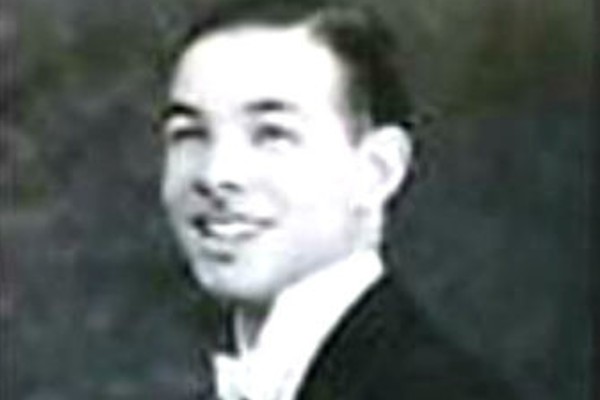 Richard “Dickie” Wells, known as, “Mr. Harlem,” 1908-1949, was one of Harlem‘s most gifted tap dancers, nightclub owners, and last but certainly not least, its most notorious male gigolo and playboy.

Wells was the man in his day, responsible for driving women all across the country crazy. His career began in 1920, self-taught he was dancing with the “Wells, Mordecai and Taylor” trio, who performed on street corners for nickels and pennies.

Soon, the trio was performing in upscale clubs such as Smalls Paradise and the Cotton Club. When most black men were making $25-$35 a week, Dickie was pulling down $500 per week performing at the Cotton Club on the west side of Harlem.

By the late 1920s, Dickie was spending more time in the company of rich women than he was on stage performing, and tales of his extracurricular activities in the bedroom were beginning to spread.

Soon, women from all across the country were pouring into Harlem to meet the babyface dancer who was often mistaken for a Cuban due to his light skin and wavy hair. 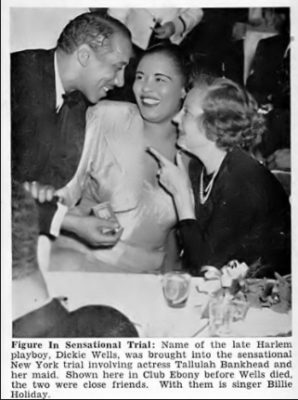 They, in addition to several other women, lavished Dickie with expensive gifts, first-class trips around the world, and, of course, money.

Lots of it, too! Lana Turner, in particular, became so demanding of Dickie’s time, so much so that Dickie decided to introduce the blonde bombshell to his good friend, heavyweight champ Joe Louis, just to get her off his back.

This would mark the beginning of Lana Turner and Joe Louis’ love affair.

It was said that Clark Gable, Errol Flynn, James Cagney, and one-time Harlem resident Charlie Chaplin were all in competition with Dickie. 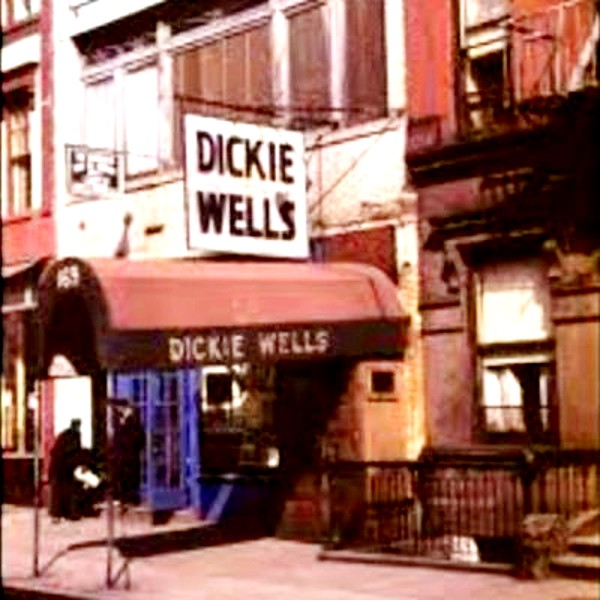 As Dickie’s reputation grew, so did his interest in owning a Harlem-based restaurant, “Dickie Wells” (above). According to street legend, a rich female admirer of his fronted him the cash to start a Supperclub, which, by the early 1930s, became one of the most popular nightspots in Harlem during the Jazz Age. And it was here that the “chicken and waffle” recipe came to life.

Since Dickie’s club catered to the late night/early morning crowd, most of his customers were undecided on whether to order dinner or breakfast.

Dickie fixed that problem by serving them a little bit of both: some coffee here, a shot of bourbon there, and a hot plate of chicken and waffle.

This odd but tasty dish soon became the new craze in Harlem and everyone started to get in on the action. Actress Ethel Waters opened her own restaurant that served the dish as did another Wells (J.T. Wells), who opened his famous “Wells Supper Club” (not to be confused with Dickie’s club) in 1938.

But it was Dickie who first introduced Harlemites to the dish in 1930. Roscoes House of Chicken & Waffles is the most popular restaurant chain that continues to serve the dish.

Its founder, Herb Hudson, who was born and raised in Harlem, brought the dish to the West Coast in the 1970s.

As for Wells, life would not en on a good note for the Harlem playboy. Drugs and alcohol cut his life short when he died from a drug overdose at the young age of 41, in 1949.

When news in the California Eagle newspaper of his death spread throughout Hollywood, Ava Gardner cried for days while Tallulah Bankhead collapsed and fainted.

Billie Holiday was scheduled to perform at his funeral but was too distraught to do so. Over 40,000 people (mostly crying women) attended his funeral service. 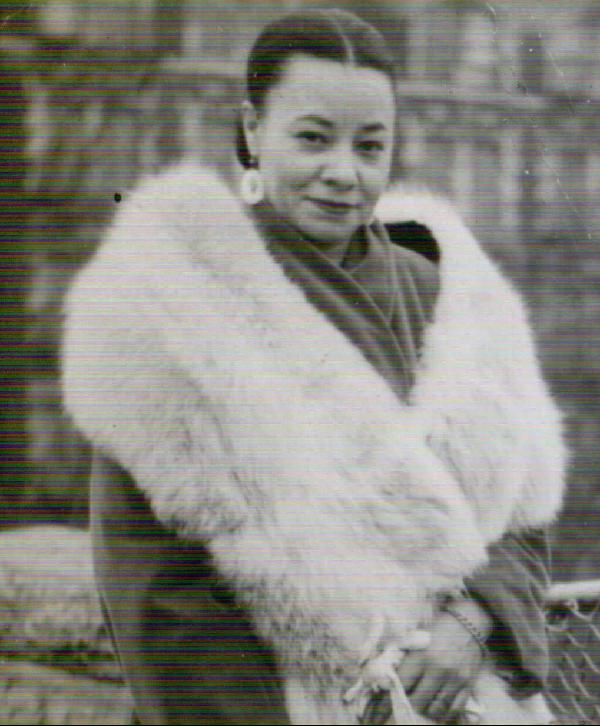 Panache Reports writes that according to Bumpy Johnson’s widow Mayme Johnson (above), “Dickie used some of his gigolo fortunes to buy his mother, Carrie, a brownstone on Strivers Row-one of the most elite neighborhoods in Harlem. He moved into the basement apartment and lived there until his death.”

In the early years of the 1950s, during a post-funeral trial, Wells was accused of selling cocaine to actress Tallulah Bankhead at the Plymouth Theater dressing room in New York.