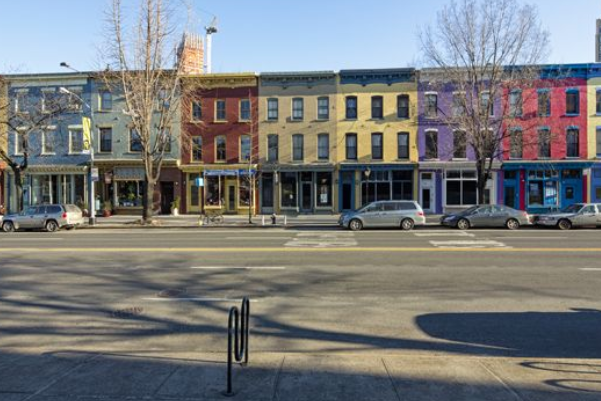 The report is titled “The New Rent-to-Own: More Confusing, Still Expensive, and Offered at an NYC Store Near you.”

The report examines the virtual lease-to-own (LTO) industry in New York City, specifically focusing on those promoted by brick-and-mortar businesses, which are predominately located in Black and Hispanic neighborhoods, and the deceptive tactics used to lure consumers into financing agreements.

The report provides recommendations for policy reforms to stop consumer abuse by eliminating the incentives for retailers and No Credit Needed (NCN) companies to profit from consumer deception.

A virtual LTO transaction allows consumers to select a product—such as a couch from a furniture store or new cell phone—and enter into a leasing agreement with a NCN company to make installment payments until they eventually own the merchandise.

Oftentimes, however, consumers enter these agreements without fully understanding the lease terms or how much they will end up paying for the item.

They often face major obstacles when trying to cancel their purchase and end up paying double the price over time.

“Virtual lease-to-own providers are simply profiting from consumer deception,” said DCWP Commissioner Lorelei Salas. “These providers, as well as the retailers that promote them, are taking advantage of already financially vulnerable individuals and driving them further into debt. This is a rapidly growing industry whose agreements have largely escaped regulatory scrutiny, allowing them to continue these predatory practices. With this report, we hope to bring awareness to these abusive practices and develop policy initiatives that will increase consumer protection to this industry.”

NCN company advertising in stores is often vague and not informative, generally consisting of words like “no credit needed.” These ads rarely use words such as “lease” and “rent,” and often don’t include critical information such as fees, charges, or interest rates.

Consumers, therefore, are largely dependent on retailers to explain the terms and conditions of NCN products—who oftentimes will make false or deceptive statements.

During DCWP’s undercover operations, 11 retailers promised an investigator that the lease payments would help his credit when, in fact, some NCN companies do not report to credit bureaus at all.

Offering a LTO product is profitable for retailers because the product targets consumers who, due to bad, spotty, and/or insufficient credit histories, might not otherwise be able to purchase merchandise—therefore increasing sales. NCN companies often press this advantage heavily in their marketing to retailers.

For example, Acima tells retailers: “if you don’t offer your customers the options they want, they will go somewhere that will.”

NCN company trainings for retailers tend to be simplistic and largely focused on the mechanics of navigating the application platform. More egregiously, trainings that do discuss the substance of a LTO agreement are focused on diverting consumers away from important information, like total cost and fees.

Consumers who fall victim to these deceptive practices by retailers have very few options if they cannot obtain relief from the NCN company. NCN companies rarely attempt to track and investigate claims of retailer misconduct toward consumers.

In response to a subpoena from DCWP, the five NCN companies produced their complaint handling procedures:

In New York City, LTO retailers are heavily concentrated in neighborhoods populated by Black and Hispanic/Latino residents, targeting those who are already financially marginalized.

With these findings, DCWP has made the following policy recommendations:

DCWP encourages New Yorkers who are facing financial hardships to book a free and confidential appointment with a professional financial counselor at nyc.gov/TalkMoney or by calling 311.