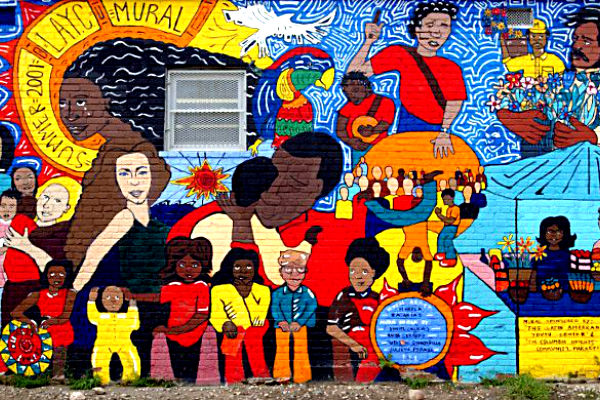 The Department of Consumer and Worker Protection (DCWP) today, in anticipation of Hispanic Heritage Month, which starts on September 15, 2019, announced that it has translated workers’ rights information into five indigenous languages.

“It is important for workers to know their rights regardless of their job or immigration status and we are proud to continue expanding the language access of our educational tools,” said DCWP Commissioner Lorelei Salas. “One in four New Yorkers has limited English proficiency and among those 2 million people are workers who only speak an indigenous language, which often leaves them feeling isolated. It’s important that we recognize the incredible diversity of our city and provide them with information about their rights in the workplace.”

Workers’ rights are now available in the following indigenous languages:

“All workers – regardless of immigration status or country of origin – must have access to information about their workplace rights and protections,” said Bitta Mostofi, Commissioner of the Mayor’s Office of Immigrant Affairs. “In a city where nearly half the residents speak a language other than English at home, and where 23 percent of residents are limited English proficient, DCWP’s expansion of educational tools into indigenous languages is an example of what it means to be a more inclusive and equitable city.”

The translations are available as audio files at nyc.gov/workers. DCWP’s Workers’ Bill of Rights is also available in 14 languages, including Spanish, Arabic, Bengali, Chinese, French, Haitian Creole, Hindi, Korean, Polish, Portuguese, Punjabi, Russian, Tagalog, and Urdu. DCWP also has animated video about workplace rights as a companion to the Workers’ Bill of Rights. Visit nyc.gov/workers or call 311 for more information about workplace rights or to file a complaint, which can be filed anonymously.

DCWP, which houses the largest municipal labor standards office in the country, enforces, implements, and works on the development of a new generation of minimum labor standards for a stronger city, focuses on ensuring all workers can realize these rights, regardless of immigration status, and embraces its mandate to focus on issues affecting immigrants, people of color, women, and other populations that face vulnerabilities in the workplace. DCWP enforces a number of municipal workplace laws, including the Paid Safe and Sick Leave Law, the Freelance Isn’t Free Act, Commuter Benefits Law, the Living and Prevailing Wage Laws, the Grocery Workers Retention Act, and the Fair Workweek Law. NYC’s labor workplace laws apply to all covered employees regardless of immigration status. Employers cannot punish, penalize, retaliate, or take any action against employees that might stop or deter them from exercising their rights, and workers can file a complaint online at nyc.gov/workers or by calling 311. Complaints can be filed anonymously

The NYC Department of Consumer and Worker Protection (DCWP) protects and enhances the daily economic lives of New Yorkers to create thriving communities. DCWP licenses more than 75,000 businesses in more than 50 industries and enforces key consumer protection, licensing, and workplace laws that apply to countless more. By supporting businesses through equitable enforcement and access to resources and, by helping to resolve complaints, DCWP protects the marketplace from predatory practices and strives to create a culture of compliance. Through its community outreach and the work of its offices of Financial Empowerment and Labor Policy & Standards, DCWP empowers consumers and working families by providing the tools and resources they need to be educated consumers and to achieve financial health and work-life balance. DCWP also conducts research and advocates for public policy that furthers its work to support New York City’s communities. For more information about DCWP and its work, call 311 or visit DCWP at nyc.gov/dcwp or on its social media sites, Twitter, Facebook, Instagram and YouTube.