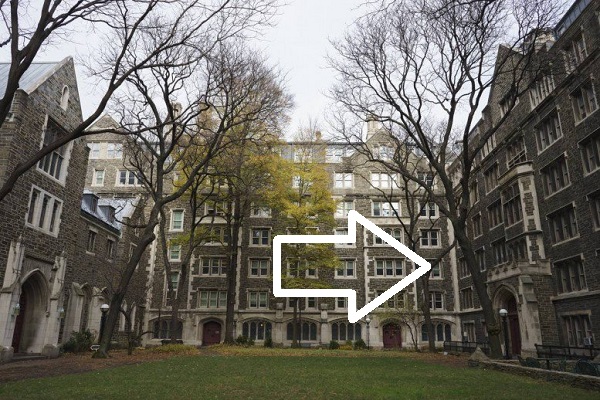 Preparations have begun for demolition at 3041 Broadway, aka 100 Claremont Avenue, in Harlem to clear the way for a 42-story mixed-use condominium designed by Robert A. M. Stern Architects. Located between West 120th and 122nd Streets in Morningside Heights in Harlem among the historic Union Theological Seminary complex, the oldest independent seminary in the United States project is being developed by L&M Development Partners and Lendlease, with SLCE Architects as the architect of record.

Photos show scaffolding covering the structure to be demolished. An adjacent structure’s windows are also boarded up and an exterior hoist is affixed to its curtain wall.

The new building will use 350,000 square feet of air rights and will most likely be on par or slightly taller than the neighboring Riverside Church

spire, which has long stood supreme in height over the neighborhood. Residents of 3041 Broadway will be afforded views of the George Washington Bridge

, the Hudson River, and Midtown to the south. The structure will contain a mix of private condominiums and institutional space that includes new offices, faculty housing, and classrooms.

A completion date for 3041 Broadway has not been announced yet.