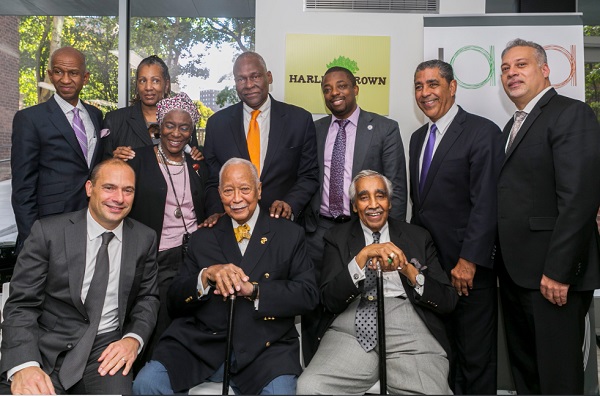 The group came together to dedicate a new community center to one of the storied complex’s most famous residents, NYC Mayor David N. Dinkins. 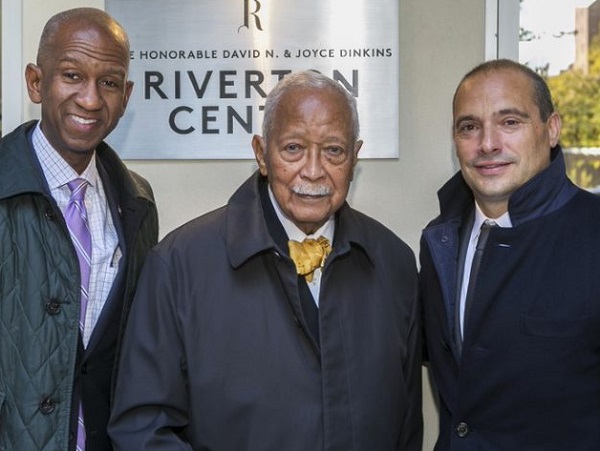 The event showcased significant recent common space renovations made by A&E Real Estate in consultation with the Riverton Tenants Association, including the enhancement of the grounds, landscaping, athletic spaces and playground area—and the creation of the new Honorable David N. & Joyce Dinkins Riverton Center. 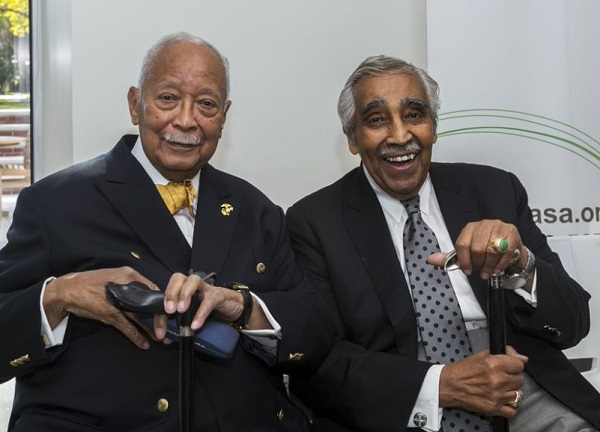 Mayor David Dinkins, along with wife Joyce and their two children, lived in Riverton for 26 years, from 1964 to 1990, before Dinkins was elected to the City’s highest office and moved with his family to Gracie Mansion. He remembers Riverton as a family-oriented center of Harlem political activism and culture.

Said Mayor David N. Dinkins, “Riverton was and still is the heart and soul of Harlem, a place where working families can live affordably in New York City. Joyce and I and our children loved the energy and the close-knit camaraderie that Riverton is still famous for. I’m very pleased with all the improvements to its beautiful grounds, and the investment being made in the new community center—and I’m confident that Riverton will remain a vibrant Harlem enclave long into the future.” 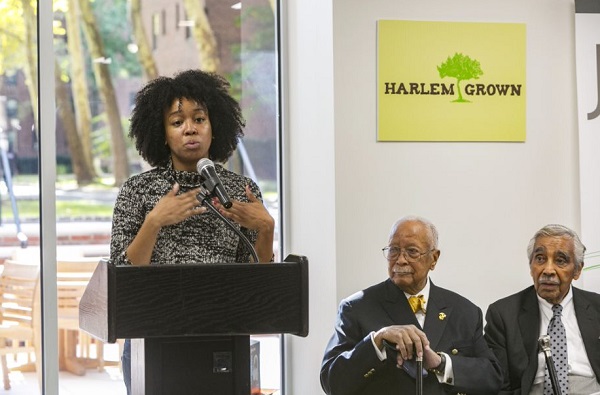 For A&E CEO Douglas Eisenberg, who as a young man served in the Dinkins’ Administration prior to attending law school, the opportunity to keep the Riverton complex affordable means a great deal. 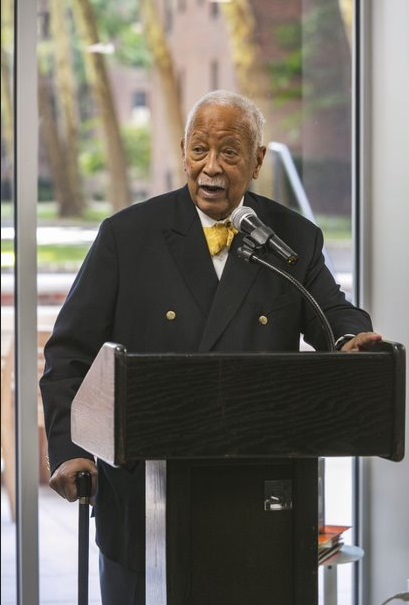 “Working for Mayor Dinkins was a profound experience in my life,” said A&E founder and CEO Douglas Eisenberg, “I know that Riverton is very special to him, and I share his view that New York City must remain a place where those of every income level can live and work and raise families. My wife and I are humbled that Mayor Dinkins and Joyce Dinkins have given their blessing to us and to the Riverton Tenants Association to name Riverton’s new Community Center in their honor.”

To create the Honorable David N. and Joyce Dinkins Riverton Center, a long-underutilized space at the complex was redesigned into a cheery social hub for senior residents and school-age children. It features two common areas, an outdoor patio with seating, new offices and meetings areas, a TV, Apple desktop computers and laptops, restrooms and a kitchen area. The Center is also providing an array of programming for Riverton’s youth and senior residents through partnerships with community-based organizations JASA and Harlem Grown. 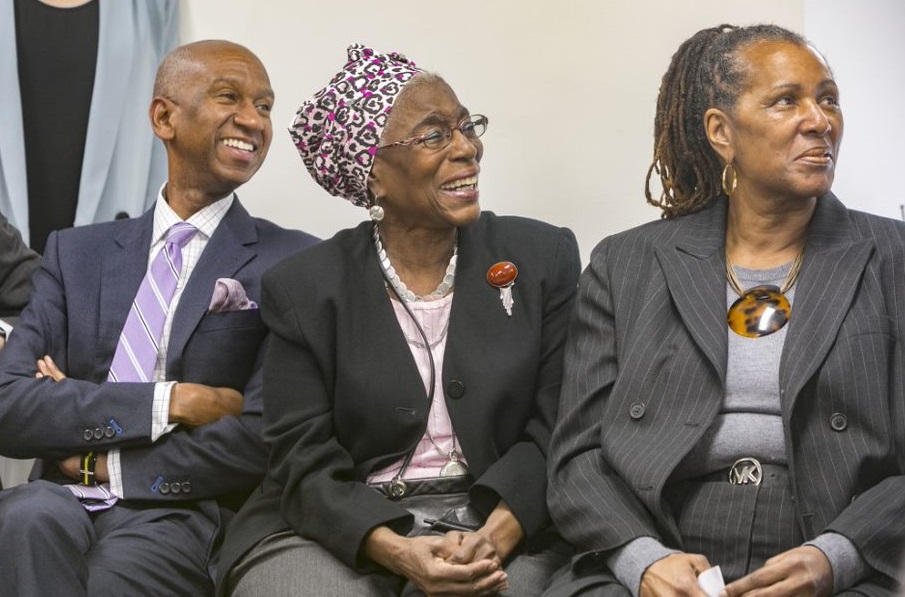 Said Cynthia Allen, Chairperson of the Riverton Tenants Association, “The RTA is an active body of residents who care deeply about Riverton and this community, and who work closely with our residents, local community groups, elected officials and with A&E to support this storied community and its quality of life. I’m proud to be representing the RTA as we cut the ribbon and express our deepest respect to the Mayor, a former resident of our community, for his lifetime of exceptional leadership and service to Riverton and to all New Yorkers.”

“Ask anyone who has lived here, and they will tell you that it is a wonderful place to live,” said longtime Riverton resident Jean Davis, who spoke first of that dark moment in NYC history when African-Americans were excluded from early Met Life developments, and about the eventual promise of Riverton. “Riverton earned the title the ‘Pearl of Harlem,’” she continued, “and over the decades it was home to many distinguished luminaries in civic life, the arts, and public service. There is a tradition of excellence associated with Riverton, that continues to this day—and the Mayor and Joyce Dinkins exemplify this tradition. I stand here and say today that I am proud as ever to say I am a resident of Riverton and optimistic about its future.”