Is Love In The Air, As Dating Rumors Flow Around Harlem’s A$AP Rocky And Diamond Girl Rihanna 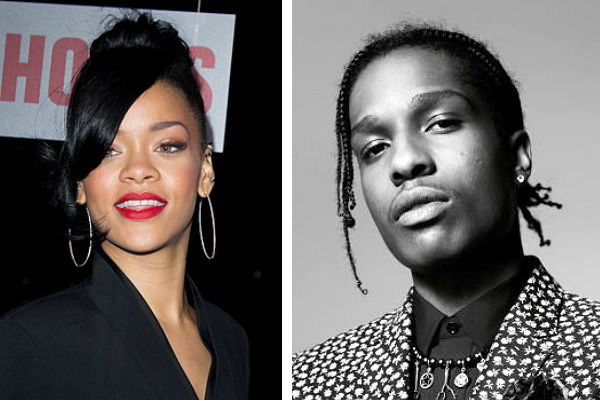 Dating back to the beginning of A$AP Rocky’s rise to prominence, there has always been something linking the Harlem superstar to Rihanna.

In 2013, the two musicians were spotted behind-the-scenes of the “Fashion Killa” music video kissing, which prompted dating rumors to hit the web. Since then, gossipers have been following their every move to determine exactly what their relationship is all about. After Ri made an appearance with A$AP Rocky at Yams Day 2020, it was rumored that the two spent the night together, sleeping in the same New York hotel suite.

This week, it intensified with reports that the two were casually dating, possibly marking the inception of the latest music power couple and, reading the news, fans reacted in droves.

Fresh off of her split with billionaire Hassan Jameel, Rihanna appears to have already moved on with A$AP Rocky, who shares a similar lifestyle to her. The differences between Jameel and Rih may have been too much with gossip sources pointing to their drastically inconsistent schedules as the primary reason for their breakup. Now that she and Rocky might be an item, their biggest supporters are taking to Twitter to express their excitement over the bond, predicting how gorgeous their baby will be, and discussions about having no chance with either one of the stars.

Regardless of romance rumors, Rocky and Rih have always been supportive of each other. He recently accompanied her to the British Fashion Awards in London in December where her Fenty brand was being honored, and she returned the favor by attending his return to Sweden concert later that month.

We wish them the best.