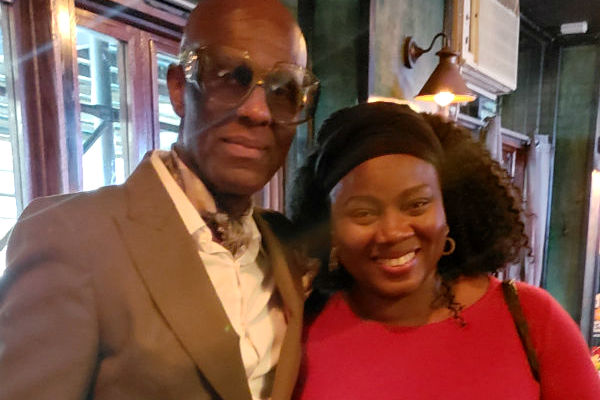 Writer Kelsey Lawrence’s writes in Cools.com, that she would love to have Dapper Dan and Gucci’s new limited-edition tome, Dapper Dan’s Harlem on her incredibly elegant, heavy fruitwood coffee table.

Dropping today during a cocktail party at the Gucci Garden venue in Florence, Dapper Dan himself will be on hand to sign copies. The book is shot by Ari Marcopoulos, the photographer who’s captured everyone from New York royalty, from Jay-Z and the Beastie Boys to daredevils, like the train-hopping skaters of the early ‘90s.

Introducing the limited-edition book dedicated to @dapperdanharlem. Produced by #Gucci and shot by filmmaker and photographer @ari_marcopoulos_official, ‘Dapper Dan’s Harlem’ documents Marcopoulos’ journey through the neighbourhood, Dapper Dan’s home and his Studio Atelier—that reopened in December 2017. @dapperdanharlem signed copies of the photographic book tonight at a special event held at the #GucciGarden in Florence. #AlessandroMichele @idea.ltd
Detail, Spirit of Harlem, Louis Delsarte 2005

Here, in a maroon-and-gold tome, Marcopoulous’ focus is Dapper Dan, both a New York king and a daredevil who famously repurposed luxury logos like Gucci and Louis Vuitton into completely hot-gold outlaw designs that, as GQ described, “defined the high-flying look of Harlem’s cocaine ‘80s.”

Related: If you like this story purchase Dapper Dan: Made in Harlem: A Memoir.

In the book, Marcopoulous takes a journey through Harlem, offering a look inside Dapper Dan’s home and his atelier, which was litigated until it was forced to close in 1992 but brought back with some help from Gucci in 2017. It also, as WWD reports, features portraits of Dan’s circle of friends, including poet Cleo Wade, chef Marcus Samuelsson, and artist Trevor Andrew.

Only 500 copies of Dapper Dan’s Harlem will be available at the Gucci Garden and Gucci Wooster Bookstore in New York City. And though it retails for a cool $200, for a coffee-table book both sleekly adult and deeply enlightening, it’s more than worth it.