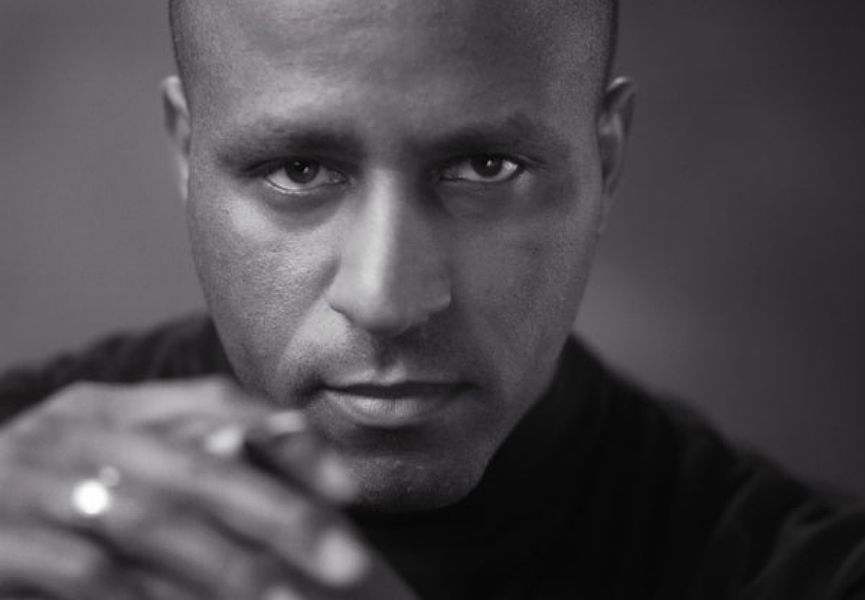 Tisdale is an internationally recognized visual artist; an educator; community activist and publisher. He has an M.F.A. study from Otis/Parsons School of Design in Los Angeles, and his undergraduate degree from California Polytechnic University where he received an Alumnus of the Year Award. As an artist, Tisdale has shown in galleries and museums around the world.

Working decades as a visual artist in Tisdale Studio he has earned him awards from the New York Foundation for the Arts (NYFA); Franklin Furnace Performance Art; Creative Time; and prominent fellowships from president Obama’s White House Millennium Arts Council; and the National Endowment for the Arts (NEA) to name a few. As an educator, Tisdale has distinguished himself as a teaching artist at the Getty Museum, the Harlem Children’s Zone to name a few. Tisdale has also extended his activism through art into the community, earning recognition as a respected community advocate.

He served as a member of Community Board #10 in Harlem, NY, his community work included extensive consultation as a board member with the Los Angeles Poverty Department (LAPD); the National College Art Association (CAA); and the New York Foundation for the Arts (NYFA). Tisdale served as an arts commentator on censorship before a U.S. Senate Sub Committee Hearing for the National Endowment for the Arts (NEA).

Using the template from the Screen Actors Guild, he is the founder of the National Visual Artists Guild (NVAG), a guild for visual art professionals. He participated in the PBS American history television series Colonial House. In 2003, he followed in the footsteps of his uncle Charles Tisdale, owner of the Jackson Advocate, by founding Harlem World Magazine, news, lifestyle, history, and renaissance company in Harlem. The magazine has been awarded Alignable’s Company of the Year and the NAACP Game Changer Award.

The 2020 ACTIVATE Arts Innovators program, is an intensive four-month program supporting artists, art and culture professionals, and community advocates in the development of advocacy projects designed to address the urgent issues facing the Innovator’s community. The program will pair participants with an expert mentor and connect them with the resources necessary to realize their advocacy work. By the end of the program, Arts Innovators will be fully equipped to pitch a compelling, implementable advocacy project to arts and community advocates.

Tisdale stated, that “the USA has 2 million visual artists who have made masks for first responders during the COVID Crisis and yet we are under fire from cuts to the National Endowment for the Arts. Artists are priced out of the housing market, we can’t afford to retire, and healthcare is not an option.”

The 2020 ACTIVATE Arts Innovators Program offers a great opportunity for Tisdale to introduce his sales and organizing skills (learned through AFL-CIO) which in turn, will create an arts advocacy project designed to address the urgent needs facing the arts community, starting Spring 2020. His real estate “Project 247” is a conceptual arts hub inspired by Affordable Arts Space projects like; German artist Joseph Beuys, the concept of art as “social sculpture”, where he created works that erupted out of gallery spaces; Rick Lowes Project Rowe Houses, where artists fixed Rowe houses for low-income families; Gordon Matta-Clark’s Food, a restaurant run by artists in a disused storefront in SoHo; Theater Gates, Black Cinema House, Archive House, and Listening House which were permanent real estate art installations.