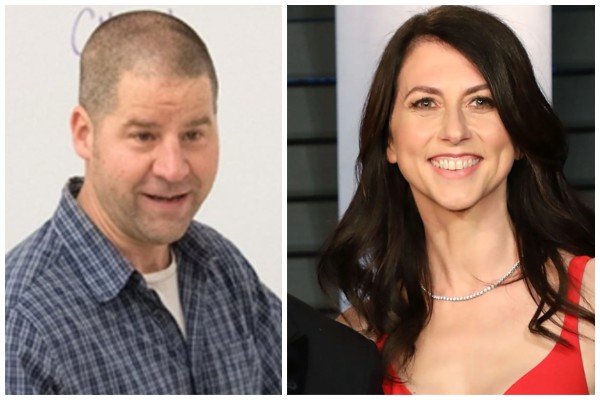 The gift has been given from husband and wife, author and philanthropist MacKenzie Scott (ex-wife of Jeff Bezos) and educator, philanthropist Dan Jewett.

This transformative contribution to the trailblazing organization will ensure DTH’s legacy of artistic excellence, robust training and community engagement while supporting the vital leadership and institutional framework for years to come.

The gift from Ms. Scott and Mr. Jewett is the largest single contribution in the esteemed company’s 52-year history and comes at a time when DTH and artistic companies around the world have had to pivot in response to a pandemic that has made live performance all but impossible for more than a year.

This significant support follows an extraordinary gift received in November 2020 from the Ford Foundation, which also named Dance Theatre of Harlem as one of America’s Cultural Treasures, and an equally paramount gift from the Andrew W. Mellon Foundation in January 2020 earmarked for much-needed capacity building.

Influential philanthropists, MacKenzie Scott and Dan Jewett, came forward this week as Dance Theatre of Harlem’s single largest benefactor in company history with a gift of $10 million, an unprecedented commitment to upholding the legacy of Arthur Mitchell and continuing his groundbreaking work in the world of dance begun 52 years ago.

Ms. Scott and Mr. Jewett joined The Giving Pledge, in which signatories agree to give away a majority of their acquired wealth.

In less than two years, Scott has spearheaded a new wave of philanthropy, investing directly in institutions and nonprofit organizations such as Dance Theatre of Harlem with generous gifts that will ensure an upward trajectory for many years to come.

“When Arthur Mitchell founded Dance Theatre of Harlem, he invested his own financial resources and sold personal property in order to keep the organization afloat. Despite world-wide artistic acclaim, DTH has struggled financially over the years due to a lack of access to resources, highlighting the inequity that exists within philanthropy for organizations that are led by people of color. We are grateful to Ms. Scott and Mr. Jewett for this extraordinary and transformative gift that will propel this institution onto a pathway towards financial stability. More importantly, however, we want to thank Ms. Scott and Mr. Jewett for recognizing our 52-year history of advancing and leading the conversation of racial equity and social justice in ballet.”

Ms. Scott and Mr. Jewett’s gift comes just as Dance Theatre of Harlem begins to navigate re-entering the world of live, in-person touring and performance, a vital component of this organization’s mission, at the same time it begins to re-imagine the traditional non-profit model in a year that has financially shaken the sector to its core.

This incredible financial commitment to DTH will allow the company to focus directly on the work at hand in strengthening the organization while advancing its mission-driven work.

Throughout the last year, DTH has not been discouraged by the quick pivot to digital entertainment, instead embracing the ability to share archival performances with new audiences not reached by their traditionally extensive touring engagements.

The series, DTH On Demand, streamed current and iconic work to screens around the world, most recently featuring John Taras‘ ravishing production of Firebird; the 1988 ballet John Henry, created by DTH co-founder Arthur Mitchell; and Resident Choreographer Robert Garland‘s New Bach, which also landed the company on national broadcast television in an appearance on “The Ellen Degeneres Show.”

The Dance Theatre of Harlem School is the first component of the company to announce a return to in-person events.

Following their Virtual Summer Minis for children ages 3-8 and Virtual Summer Intensives for students ages 7-24, students will once again take to the barre in the studio beginning in October.

Providing high-quality classical ballet and dance training to children and youth ages 3-18, The DTH School ensures that students of diverse backgrounds feel inspired and supported by providing a physically and emotionally safe space where students are encouraged to explore their greatest potential as growing artists.

Dance Theatre of Harlem co-founders Arthur Mitchell and Karel Shook carefully crafted a vision for classical ballet that would serve as a beacon for the art form worldwide.

More than five decades later, Dance Theatre of Harlem remains grounded in its deep commitment to honor its legacy, as well as its principal values of access, opportunity, and excellence, buttressing a vision for a future in which ballet belongs to everyone and fully embraces the contributions of diverse communities reports Broadway World.