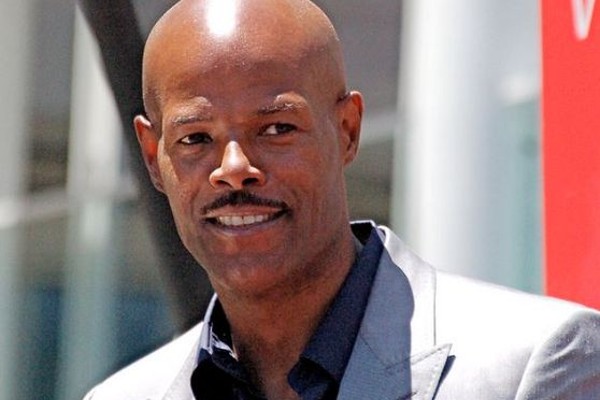 Damon Kyle Wayans, Sr., born September 4, 1960, is an American actor, comedian, writer and producer, and a member of the Wayans family of entertainers.

Wayans performed as a comedian and actor throughout the 1980s, including a yearlong stint on the sketch comedy series Saturday Night Live, although his true breakthrough came as a co-creator and performer on his own sketch comedy show, In Living Color, from 1990 to 1992.

Since then he has starred in a number of films and television shows, some of which he has co-produced or co-written, including The Last Boy Scout and Major Payne, and the sitcom My Wife and Kids.

Wayans was born in Harlem in New York City, the son of Elvira, a homemaker, singer and social worker, and Howell Wayans, a supermarket manager.

He was clubbed footed as a child. This attribute would also be given to his character in My Wife and Kids and his character on the cartoon series Waynehead. Wayans attended Murry Bergtraum High School.

From 1985 to 1986, he appeared on Saturday Night Live as a featured performer, before getting fired for playing his character as a flamboyant gay cop instead of a straight cop on a live sketch, going against the script.

In the Saturday Night Live book Live From New York, it was stated that Wayans did this largely due to growing frustrations that his sketches were not being considered for the show and increasing stress.

He also appeared in the syndicated TV series Solid Gold during the 1980s as a comedian.

With his brother Keenen, Wayans created the Fox sketch comedy series In Living Color, which had a mostly African-American cast. The show went on the air in 1990. It continued running until 1994, although Wayans left the show in 1992 to pursue a film career.

After In Living Color, he starred in films such as The Last Boy Scout, Major Payne and The Great White Hype and wrote and starred in the film Blankman. 1992 MO’ MONEY – He also appeared in Janet Jackson’s video “The Best Things in Life Are Free” and was considered for the role of The Riddler in Batman Forever (the role went to Jim Carrey, his co-star from In Living Color and Earth Girls Are Easy).

In 1996, he produced Waynehead, a cartoon for the WB, loosely based on his own childhood growing up in a large family, starring a poor boy with a club foot.

The show only lasted a season due to poor ratings. From 1997 to 1998, he was the executive producer of 413 Hope St., a short-lived drama on the FOX network starring Richard Roundtree and Jesse L. Martin.

In 1998, he starred in the short-lived comedy TV series Damon, in which he played a Chicago detective. It aired on Fox. In 1999, his New York Times bestselling book Bootleg with co-author David Asbery was published; it is a humorous compilation of his observations about family.

In 2006, he produced and starred in the Showtime sketch comedy series The Underground, which also featured his son, Damon, Jr. He also hosted the 2006 BET Awards.

In 2011, he also added author of a serious fictional novel to his credits with “Red Hats” which is the story of a suicidal 65-year-old woman who finds friendship and happiness when she joins the Red Hat Society.

As of 2014, Wayans continues to perform stand up comedy and has developed apps with his company of freelancers “MIMS” (Money in My Sleep). The company created applications such as Flick Dat, Diddeo[9]and vHeads.

Wayans received four Emmy awards nominations for his acting and directing in In Living Color.

For his role in My Wife and Kids, he won the 2002 People’s Choice Awards for Favorite Male Performer in a New TV Series,[10] and received four International Press Academy “Golden Satellite Award” nominations.

Wayans was married to Lisa Thorner; they divorced in 2000. He has four children with Thorner: sons Damon Wayans, Jr., Michael Wayans and daughters Cara Mia Wayans, and Kyla Wayans and is a grandfather. He is the uncle of Damien Dante Wayans, Chaunté Wayans and Craig Wayans.

Wayans is a close personal friend of both NBA legend Michael Jordan and fellow In Living Color star Jim Carrey.

Wayans was diagnosed with Type 2 diabetes in early 2013.